There are few men better suited to stepping into a cage to fight than former soldiers. The discipline and control of fear is essential. One man who embodies that attitude is Lee ‘Hercules’ Taylor. Taylor served for nine years in the British Army, completing tours of Afghanistan, Iraq and Bosnia, as well as travelling the world on various missions.

Upon leaving the army, which taught him boxing, judo and other forms of hand to hand combat, Lee discovered a love for Thai boxing and later MMA after seeing it on the television.

“I enjoyed people like Wanderlei Silva, Chuck Liddell, you know, fighters who push the pace and get the crowd going. Keep things exciting. That’s what got me into MMA.”

.
This contest brings together a battle of unbeaten prospects as Lee (who’s only loss was via a disqualification) squares off with nineteen-year-old Tom Breese, who at 6’3” is tall for a welterweight.

.
“Yeah I saw him for the first time at a BAMMA photo shoot the other week. He did look quite rangy. The thing is, I’ve fought a lot of much taller guys in Thai boxing, so I’m used to closing the distance.”

In Tom Breese he faces a young prospect who is part of the new breed of complete MMA fighter, someone who has only trained all-round MMA rather than coming from a specific background (striker, wrestler etc). Lee agrees that this is the future, but feels he is just as well rounded as the youngster.

“I come from a stand up background, but I’ve moved on. I’ve done a lot of Judo in the military, so I feel I’m just as well rounded on the ground anyway. It’s definitely a good idea for the young guys to come in and train everything though. Too many people rely on grappling alone, which totally changes when you get punched in the face.”

In previous contests (particularly Lee’s spectacular TKO victory at BAMMA 6 in May) both men have shown strong chins. Can we expect a stand-up war from these two?

“Yeah, absolutely. I wouldn’t mind taking a beating for a little while and see where it goes from there. I’d rather people come to me at the end and say ‘that was a great fight’ if I lose, than to play it safe and ‘lay-and-pray’ to grind out the decision win. I want it to be a war.”

Lee has been sure to stay active in his MMA career so far, having last fought at BAMMA 6 back in May. His opponent is coming off a year out of the cage. Lee is not a huge believer in ring rust, however, and expects Tom to be ready for him, in what is the biggest fight of both fighters’ careers.

“I think sometimes having a break can do you good. You feel more hungry, especially fighting on BAMMA, which is the biggest show around. What BAMMA are doing is just amazing. I’ve fought on a lot of small shows and what they’re doing is on another level. Walking around seeing people like Shogun Rua backstage, I was like a kid in a sweet shop.”

As you would probably expect from reading the above, Lee is not looking to grind out a decision win, with his ideal method of victory being a vicious KO.
“Yeah I’ll definitely look to knock him out if I can.” 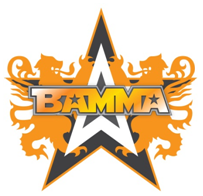 Watch it live and exclusive on Syfy (UK) at 9pm GMT and worldwide at www.bamma.com at 4pm ET / 1pm PT