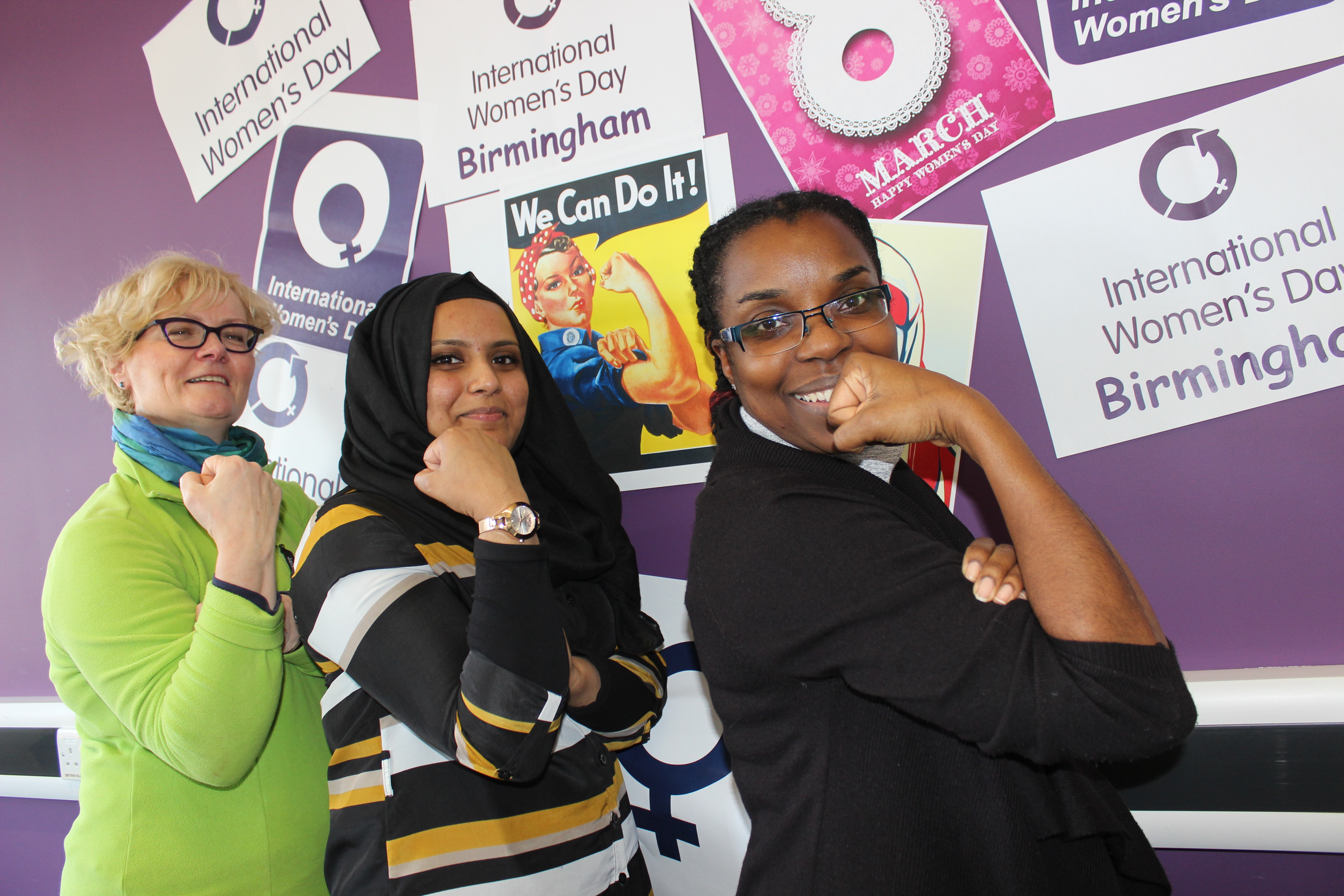 International Women’s Day returns next week, celebrating and highlighting the achievements of women across the globe.

The annual event’s theme is #BeBoldForChange this year, calling on the masses “to help forge a better working world – a more gender inclusive world”.

According to organisers of UK women’s day activities, “Each one of us – with women, men and non-binary people joining forces – can be a leader within our own spheres of influence by taking bold pragmatic action to accelerate gender parity.

“Through purposeful collaboration, we can help women advance and unleash the limitless potential offered to economies the world over”.

In Birmingham, the West Midlands Police will be hosting a community support event on International Women’s Day, which is partnering up with the Amirah Foundation, a women’s charity working with victims of domestic violence and homelessness.

The special lunch, aimed at a largely female audience, will take place at the Majestic Banqueting Suite in Aston and explore themes of safeguarding and empowering women, with speakers also sharing their thoughts on community cohesion, mental health and personal safety.

“International Women’s Day is a time for sharing and celebrating inspiring stories and legacies of women from across the region and the developing world.

“We work closely with women experiencing struggles and abuse, and help them through a process of recovery and rehabilitation.

“Women need to be in a strong mental state to be able to deal with issues. Whilst there is severe deprivation and financial depression it is difficult for a woman in such circumstances to be able to make a full recovery and take control of her life.

“Amirah Foundation having a small group where full support is offered and having peer support builds trust and enables the women to support one another. Often victims of abuse have very serious lack of trust in other individuals as they have been let down many times by services, organisations and authorities.

“Women can see they have achieved some goals, so this success breeds further success for them and thus truly empowers them. We’re fully supportive of diverse, intersectional and inclusive projects celebrating women’s rights and achievements”

The Amirah Foundation are also supporting an interactive gathering at the Women’s Enterprise Hub in Ladypool Road on March 8th, where female business owners can join an in-house bazaar from 10am – 2pm; as well as supporting an International Women’s Day themed flashmob being held in Grand Central on Tuesday 28 March.

Birmingham activists will also be taking part in a Global Women’s Strike on International Women’s Day, as women in more than 40 countries across the world go on strike.

Gathering in Centenary Square at 1pm on Wednesday, attendees are encouraged to dress in black, strike and refuse to do any housework or care work.

According to Birmingham organisers Plan C:

“The contribution of women to society is vast, often unwaged, and unrecognised. Resistance to patriarchal values that limit the freedoms of all women is a global struggle, and we call upon Birmingham to join us and women across the world in standing against patriarchy everywhere.

“We must resist domestic and sexual violence, resist borders that make women’s lives illegal, demand the closure of detention centres that imprison thousands of migrant women, resist repressive abortion laws and stand for the recognition of unwaged housework and childcare.”

The rally will be followed by a meeting titled ‘How Can Women Strike?’, which takes place at Stirchley Community Church at 7pm.

A free faith & community based celebration will be held between 1pm – 4.30pm at the Birmingham Museum & Art Gallery’s Industrial Gallery, bringing together attendees for an evening of conversation and friendship-building to mark International Women’s Day .

The event, arranged by The Coed Foundation and Near Neighbours, will feature women from various communities sharing their stories, inspirations and personal journeys. There will also be an open mic for contributions.

Other city events taking place to mark International Women’s Day and Women’s History Month include a screening of film Girlhood at the Impact Hub in Digbeth on Wednesday 15th March as part of the venue’s ‘Yellow Wednesdays’ film nights, which will include a Q&A from director Holly Tarquini and her F-Rating project.

PMT – short for Powering the Matriarchy Together – is a day-long festival also taking place at Impact Hub, on Saturday 11th March, covering themes of love, art, body and work. The first of its kind event for Birmingham, the festival will be an opportunity to celebrate the rich mix of some of the many women and non-binary people who make up this city.

At the Old Rep Theatre, Paven Virk returns with new comedy drama Save Our School Dinners… Jamie! on Wednesday 8th March, about a full gang of dinner ladies living in the Midlands – but from all over the world – who aim to save the only school in their small community one dinner at a time.

Voices of Experience is a compelling afternoon of giving a voice to regional creative writing talents, as part of events to mark International Women’s Day

They will be joined after the interval by Solihull-based writer Abda Khan, who released her critically-acclaimed debut novel Stained in October 2016 as a response to some of the rarely-confronted issues faced by women in British South Asian communities. Abda will read excerpts from Stained and join the other writers in conversation with Paven Virk, as well as taking questions from the audience.

.
The above events may be invite-only or require tickets, unless stated otherwise. Please check the event organiser’s respective websites for more information.