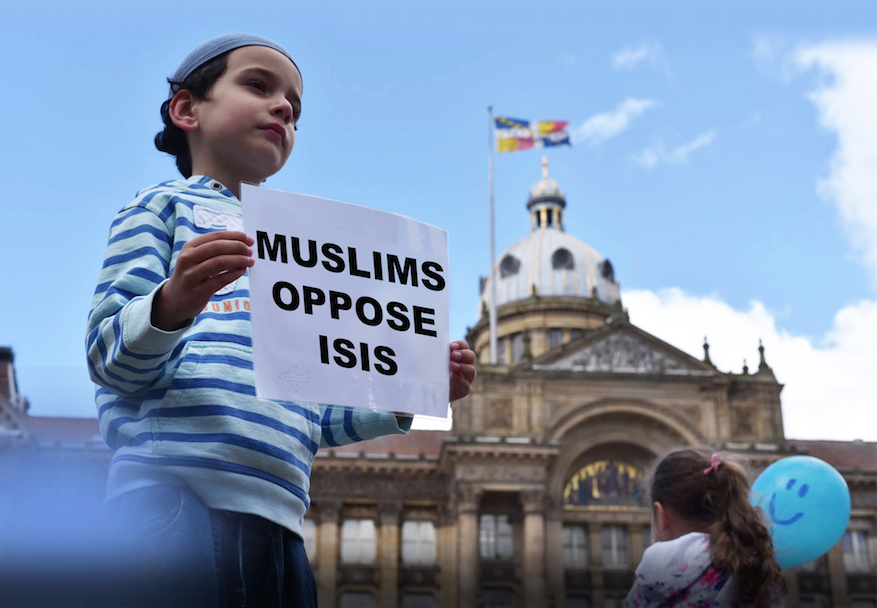 A peace vigil has been organised by representatives of Birmingham’s Muslim community following the London attacks this week. Community leaders have called two vigils in response to the violent attack in Westminster, which left 5 people dead and around 29 injured.

Following an attack in the heart of London on Wednesday, a candle-lit peace vigil has been organised to pay tribute to those affected by the tragedy.

The solidarity gathering will be held in High Street in Birmingham city centre (outside Waterstones and the Bullring) at 5pm on Friday 24th March.

Organised by MEND (Muslim Engagement and Development) and Stand Up To Racism, attendees are encouraged to bring candles and messages of peace, as city representatives share their thoughts about the tragic events in the Capital.

Organisers of the vigil wrote online:

A second emergency vigil and rally has been called by Birmingham’s Muslim community and will be held in Victoria Square on Saturday 25th March at 1pm.

The rally – titled ‘Not In Our Name, Muslims Against Terrorism’ – was called after 40 representatives of city Muslim organisations came together last night at Birmingham Central Mosque in Highgate.

The public event will bring together representatives from all faiths and cultures, with a strong emphasis on the Muslim community being united against radicalism, terrorism and division.

An official statement signed at the mosque event yesterday states:

“We in the Muslim community are shocked and saddened by the attack in Westminster. As a community we stand united in condemnation of those who want to bring fear and division to the UK through such terrorist act.

“When terrorism is carried out in the name of our religion, we must stand up and say that it is ‘Not In Our Name’.”

“That is why when terrorism is carried out in the name of our religion, we must stand up. And we must say that it is ‘Not In Our Name’.

“Our voice must be loud and clear. And we must demonstrate this by coming out. By being vocal.

“That is why we have organised a Muslim rally tomorrow Saturday 25th March at 1pm in Victoria Square Birmingham.

“That is why we are appealing to all Muslims to please bring your family, friends and children to come tomorrow at the rally to say terrorism is ‘Not In Our Name’.”

Speaking to I Am Birmingham about the need for the rally, human rights activist Salma Yaqoob said:

“The Muslim community is uniting on Saturday at 1pm  in Victoria Square. It’s really important that people are clearly condemning what’s gone on in London. It’s been tragic, people have lost their loved ones and we in Birmingham are saying ‘Not in our name’.”

The peace rally has been organised by members of the Muslim community and representatives from mosques and Islamic centres across the city.

The event has also received support from Birmingham City Council, Hope Not Hate and Stand Up To Racism.

The solidarity events come following news that Khalid Masood from Birmingham was responsible for the London attack which left 5 dead, including a police officer.

According to witnesses, the attacker ran towards Parliament with two knives, where he came face to face with police officers. The assailant then confronted an unarmed officer, stabbing and killing him. In response, the attacker was shot dead by nearby armed officers.

One of the victims of the attack was later been named by Spanish newspapers as 43-year-old mum-of-two Aysha Frade, believed to have been killed as she went to pick up her young children.

It is believed seven people remain in a critical condition and 29 have been treated in hospital.

Following the incident, several addresses were raided in Birmingham and London and a number of arrests made.

The Library of Birmingham was lit up in red, white and blue on Wednesday night to pay tribute to the victims of the Westminster attacks and to show solidarity with the people of London.

The City flag at half-mast today as Birmingham pays its respects to the #WestminsterAttack victims #WeStandTogether pic.twitter.com/HqIpJ7EtSS

.
Birmingham MPs working in and around Parliament have praised the efforts of the emergency services and police officers during the attacks.

“Birmingham Egyptians condemn today’s horrific attacks at Westminster in which innocent people have died or been injured.

“This type of violence is unfounded and meaningless. Our sincere condolences and sympathies are with the families of those who lost their lives and those injured.”

“Whoever the attacker is, and whatever the cause may be, nothing justifies taking lives of innocent people which is completely against the good of humanity.

“Those responsible must be brought to justice to protect good, in our constant fight to eradicate evil within humanity. We request all communities for the unity and calm. Life is very sacred and this brutal attack must be condemned by all regardless of any background.

“Those responsible must be brought to justice to protect good, in our constant fight to eradicate evil within humanity.”

“The Islamic faith does not allow anyone to take the life of others. Such people are condemned in the holy Quran and in the sayings of the Holy Prophet.

“No religion justifies the indiscriminate killing of individuals in such a barbaric and heartless way, and such acts only serve to differentiate between the misguided and the just.

“We call upon those that may have even a shred of sympathy for the like-minded terrorists to shake their conscience and realise that such acts are the work of evil and not the work of God-fearing people.

“In this tragic difficult time, our sincere thoughts and condolences are with the bereaved families and the general public of the United Kingdom. We also stand firm in solidarity with victims families and the rest of the world, who have been affected and are in mourning.”