Birmingham teacher to sleep out on city streets for charity 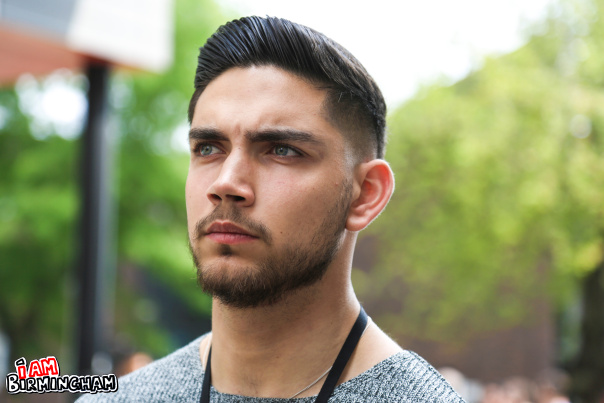 Teacher Andrew Stelly will be sleeping rough on the streets to raise money for charity (Photo: Adam Yosef)

A secondary school teacher and aspiring model from Sutton Coldfield will be sleeping rough on the streets of Birmingham this week, to raise money for a charity helping children across the world.

24-year-old Andrew Stelly – who is Head of Year at a school in Tile Cross  – will be spending a night with homeless individuals in Birmingham city centre on Wednesday (April 19).

With the aim of gaining first-hand experience of the struggles on the street, Andrew will be setting up outdoors from 6pm and remaining out in the elements until 6am.

He hopes to share the experience on social media throughout the night, updating those who have dug deep to sponsor his effort, while raising public awareness about homelessness.

“It’s never nice seeing people sleeping rough, I believe in equality and that everybody should have a roof over their head, no matter what the situation.

“I’ve had conversations in-depth with what I can only describe as shallow minded people who believe that homeless people have a choice and they make the decision to do this, but if you take time to talk to the homeless people, the general feeling is that they would love to be in a home, surrounded by family. It’s not a choice, it comes from unspeakable scenarios.

“I respect the homeless, never judge them, you don’t know what they’ve been through.”

In a bid to spread the word about the destitute and dispossessed, he will also be distributing food and clothes to the vulnerable and needy.

“I have created signs explaining why I’m sleeping out, I feel this is an opportunity for me to give all of my old unused clothes to other homeless people I encounter.

Andrew, who this year became a finalist in the forthcoming Mr Birmingham campaign, will be joined by outreach workers who will introduce him to some of the regular rough sleepers during their nightly distribution walkabout.

“It’s a very nice thing for a young man to do. If his sleep-out helps raise awareness about homelessness and also raises money for a good cause, that’s something we’re happy to support.

“We will be taking Stelly around to meet some of the regulars tomorrow and give him a chance to see the work our volunteers do every night. We hope he can join us again in the future too, and maybe even fundraise for those out there huddled under bridges, outside shop fronts and by the roadside.”

Andrew’s overnight sleep-out will be raising money for charity Beauty with a Purpose, which works with organisations across several continents to help disadvantaged children around the globe. Created by Julia Morley in 1972, the registered charity is connected to the international Miss World contest, and the Mr and Miss England Titles.

As a part-time model, Stelly is hoping to secure the Mr Birmingham title later this year so he can become an ambassador for charitable causes.

So far, he has raised nearly £200 in two days, but wants his night of action to have a greater impact than just a financial one.

“Awareness first of all, that there are more people sleeping rough than we think. We can make a difference.

“Every time you buy an item, don’t use it and let it fester. Stop, think, somebody out there could have bought a hot meal with that money, somebody could have bought their very own item of clothing or a blanket. I think it’s something we don’t take in to consideration often enough.

“My life is very much about putting a smile on people’s faces, so if I can make the homeless of Birmingham smile, I will feel positive about the experience and look to do it again in the future.”

To donate towards his JustGiving page, visit: http://uk.virginmoneygiving.com/AndrewStylianou

(Visited 644 times, 1 visits today)
https://www.iambirmingham.co.uk/2017/04/17/birmingham-teacher-to-sleep-out-on-city-streets-for-charity/https://www.iambirmingham.co.uk/wp-content/uploads/2017/04/a08b0237_1.jpghttps://www.iambirmingham.co.uk/wp-content/uploads/2017/04/a08b0237_1-220x140.jpg2021-01-15T08:05:41+00:00Staff ReporterBrumFeedEducationHomelessnessNewsAndreas Costa Stelly,Andreas Stylianou,Andrew Stelly,Andrew Stylanou,Beauty with a Purpose,BHO,Birmingham,Birmingham Homeless Outreach,Charity,Homeless,Homelessness,sleep out,sleepoutA secondary school teacher and aspiring model from Sutton Coldfield will be sleeping rough on the streets of Birmingham this week, to raise money for a charity helping children across the world. 24-year-old Andrew Stelly - who is Head of Year at a school in Tile Cross  - will be spending a night...Staff ReporterStaff Reporter[email protected]AdministratorI Am Birmingham
« Brum actor Ryan Cartwright stars in new US sitcom ‘Kevin Can Wait’
OPINION | John Dee | Hemp, History, Happy 4/20! »