Andy Street takes on homelessness during first day as Mayor 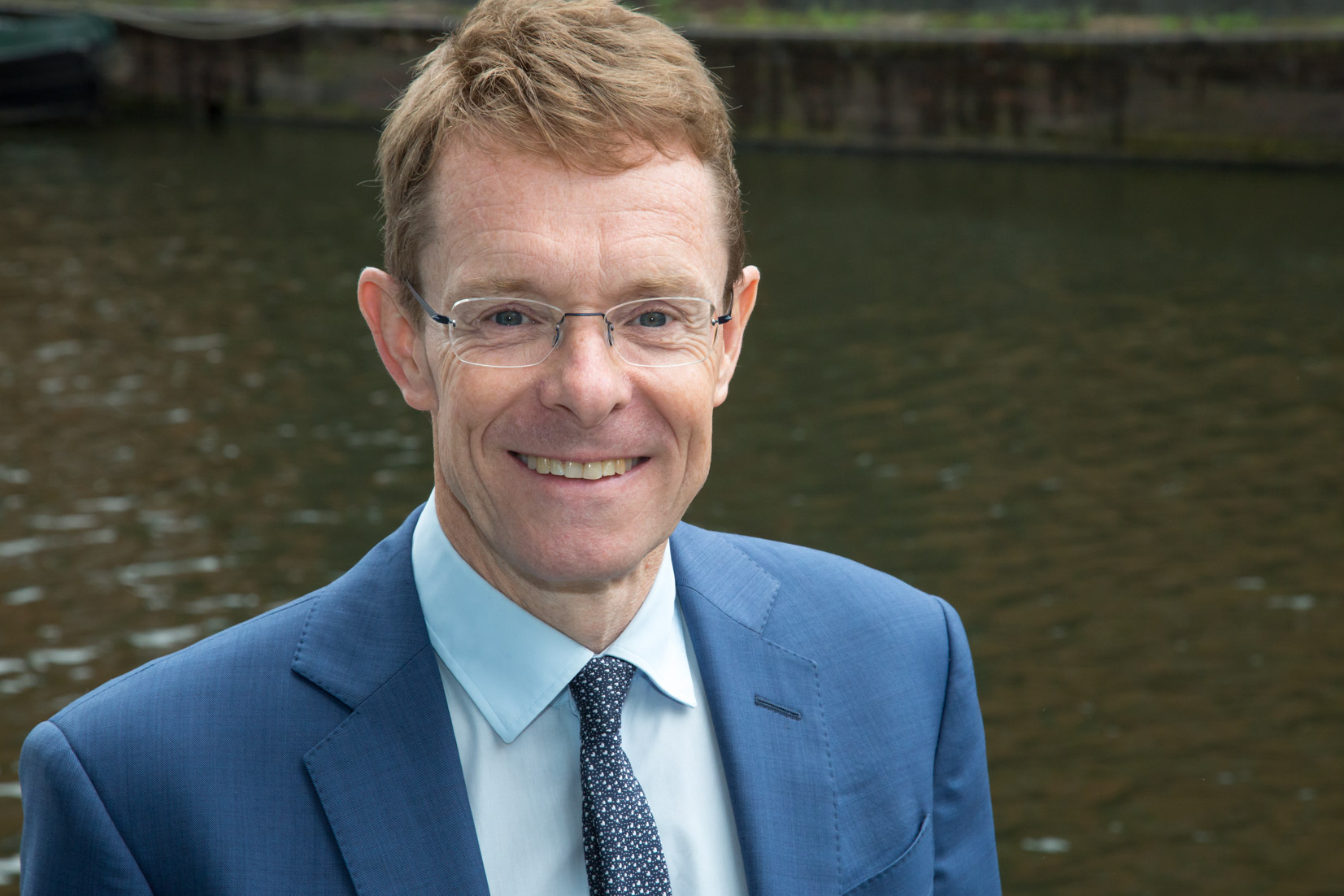 Andy Street, the newly elected Mayor of the West Midlands, has kicked off his term in office with a commitment to tackling rough sleeping and homelessness in the region.

On his first official day since being elected as the Mayor on Friday, Andy dropped in on charity St Basils in Digbeth, which works with vulnerable young homeless people.

As Andy sets in motion the job of forming a taskforce for homelessness and rough sleeping, with the aim of having the first meeting of the group before the end of the week, the region’s first-ever Mayor has also outlined plans to set up individual Mayoral bases in Wolverhampton, Coventry and Birmingham.

According to his team, Andy’s commitment to being as mobile as possible is all part of his pledge to be “the most transparent Mayor in the country”.

On day one, the Mayor also met with the interim chief executive of the West Midlands Combined Authority, Martin Reeves, to talk about how early pledges in his manifesto could be delivered.

Andy said: “It became increasing clear during the seven months on the campaign trail that the issue of rough sleeping in our towns and cities is something everybody considers unacceptable. It was even more clear that they want to see the Mayor to lead our response.

“Frankly, it’s a situation that shames us as a region. Although it is not directly in the powers of the Mayor, I want to make this an early priority.

“The first thing we need is a co-ordinated approach to the challenge and that is what I plan to offer. We need organisations and people to be working together much better than they currently do.

Thank you to @andy4wm for the visit today. We look forward to helping you shape the future direction of tackling homelessness in the region. pic.twitter.com/36uzxtruqF

My first day at work (with a starring role by @StBasilsCharity) will be featured on both @bbcmtd and @ITVCentral this evening.

“Second, we need more and I will be looking for different ways to fund the solutions, not just through the public sector, but also through alternative giving systems which would enable the public to donate quickly and easily to organisations who provide support.

“And thirdly, we need to look at other preventative measures, most obviously the supply of appropriate accommodation and work opportunities.

“In the meantime, I will be talking to the leaders of the councils across the West Midlands, demonstrating my commitment to working for the entire region.

“Of course, we won’t achieve everything overnight. But we must make early and visible progress so that people can see the value of the Mayor and the West Midlands Combined Authority.”

Along with St Basils, Andy Street’s recent mayoral election campaign saw him volunteering with Homeless Heroes and visiting the offices of the Amirah Foundation, both Birmingham-based charities that work closely with vulnerable and homeless individuals.

(Visited 1,391 times, 1 visits today)
https://www.iambirmingham.co.uk/2017/05/09/andy-street-takes-on-homelessness-on-first-day-as-mayor/https://www.iambirmingham.co.uk/wp-content/uploads/2017/05/Andy-Street-September-2016-1-1024x683.jpghttps://www.iambirmingham.co.uk/wp-content/uploads/2017/05/Andy-Street-September-2016-1-220x140.jpg2017-05-09T14:45:39+00:00Staff ReporterCharityCommunityElectionsHomelessnessNewsPoliticsStreet LifeAndy Street,Birmingham,Digbeth,Homeless,Homelessness,Mayor,Policy,Social Action,St Basils,West Midlands,West Midlands Mayor,WM Mayor,WMCAAndy Street, the newly elected Mayor of the West Midlands, has kicked off his term in office with a commitment to tackling rough sleeping and homelessness in the region. On his first official day since being elected as the Mayor on Friday, Andy dropped in on charity St Basils in Digbeth,...Staff ReporterStaff Reporter[email protected]AdministratorI Am Birmingham
« Revolutionary Birmingham arts event to debate integration, hip-hop and Malcolm X
General Election 2017: Brummie activist Salma Yaqoob to stand in Bradford West »