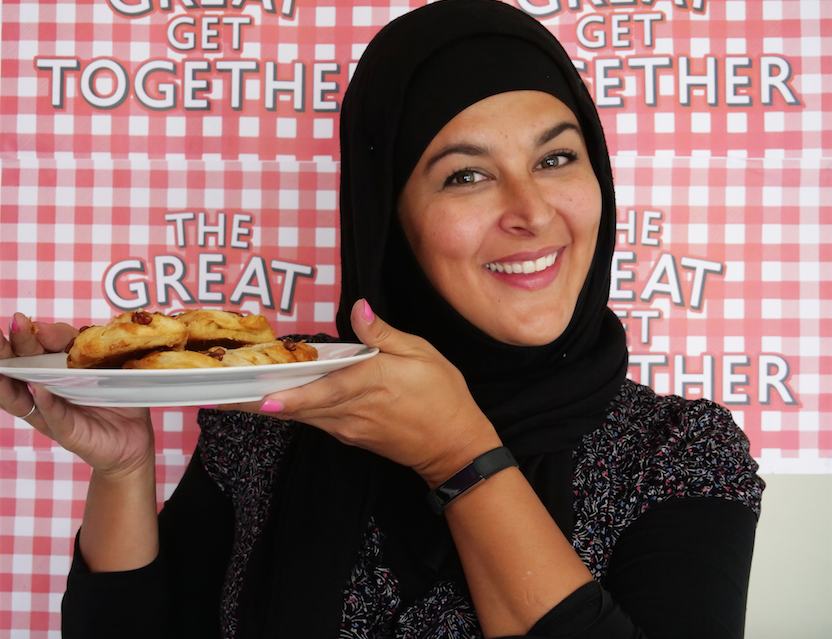 Saraya Hussain is helping co-ordinate The Great Get Together Ramadan Iftar in Birmingham, in memory of Jo Cox

A series of special community events have been planned by Brummies as part of The Great Get Together, a national initiative to mark the anniversary of the passing of Jo Cox, the Labour MP tragically murdered by a right-wing terrorist last year.

Taking inspiration from Jo Cox’s first speech to parliament after she was elected –  “We are far more united and have far more in common than that which divides us” – thousands of people across the country are joining in The Great Get Together weekend to unite communities through food and social solidarity.

According to organisers, “In her [Jo Cox] memory, the country will be uniting for The Great Get Together​, a weekend when communities and individuals from all backgrounds will be joining forces to celebrate what we have in common, standing united against hate and division.”

In Birmingham, on Saturday 17 June​, the Amirah Foundation will be co-hosting a neighbourhood Iftar during Ramadan, in partnership with West Midlands Labour, the Oasis Hub Hobmoor, Arts in the Yard and Al-Khair Foundation.

The get-together will be held at the Oasis Hobmoor Community Centre in Yardley from 8pm, bringing together people of all faiths and none to share a traditional Muslim Iftar meal, as local residents and guests break their Ramadan fast.

Volunteer Saraya Haych is helping to co-ordinate the event. She commented:

“This will be an opportunity to meet our neighbours, bring together residents from all walks of life, and celebrate the life and values of Jo Cox through food, unity and social solidarity in the city.

“Let’s get together, let’s share food and conversation, and let’s strengthen our community spirit. Bring a dish and make this an evening of unity and joy!”

The Great Get Together weekend takes place between 16th-18th June, with The Jo Cox Foundation organising the biggest neighbourhood celebrations since the Jubilee street parties.

A spokesperson for the Jo Cox Foundation explained:

“The Great Get Together is inviting people to get together with their neighbours to share food and celebrate all that we hold in common. It could be a street party or a shared barbecue, a picnic, iftar or a bake off. What matters is that we have fun and bring communities closer together.”

The Great Get Together is inspired by Jo Cox, who was killed last year. The 41-year-old MP for Batley and Spen was attacked in her constituency in Birstall in West Yorkshire near to where she held her weekly surgery on 16 June. She was airlifted to Leeds General Infirmary in critical condition but died of her injuries soon after.

“We believe there is a groundswell of people who reject divisive politics and simply want to bring our communities together and celebrate all that unites us. This is our chance.”

Organisers hope the special Ramadan Iftar gathering will allow Muslims and non-Muslims to come together and enjoin in the breaking of fast.

To promote the event, a short film was was created featuring Shaz Manir from the Amirah Foundation and Jess Phillips, the MP for Birmingham Yardley.

Phillips, 35, was a close friend of Jo Cox. Writing for The Telegraph around the time of Jo’s death, she reflected:

“Jo, I and many other female MPs would regularly receive email and social media threats and abuse. It was usually at its worst when we spoke out against misogyny, racism or sadly when talking about our party. I’d check in with her, if I saw it building up online and she would with me.

“Usually, we both shrugged it off, never feeling any real fear. Conversations usually ended with a defiant, ‘we won’t let the bastards grind us down’ and a cuddle.

“Jo Cox was a 5ft nothing giant because she built a lovely big kind loving platform to stand on. We won’t let hate knock it down.”

Shaz Manir, CEO of Amirah Foundation, said: “The murder of Jo Cox at the hands of a far-right white supremacist racist was an incredibly awful tragedy, one that shook the nation.

“On the anniversary of her passing, we are coming together to show that her memory and her work inspired unity and togetherness, continues to do so; and that we stand united as communities across the country and will not be divided by hate of any kind.”

Over the dedicated weekend, there are also several other TGGT events taking place in memory of Jo Cox, including a Tell MAMA event at Birmingham Central Mosque (17th), a picnic at Blakesley Hall (17th), an origami peace dove making session at Birmingham Cathedral (17th), and a Street Iftar in Moseley Road (18th).

Here’s a list of Great Get Together events in Birmingham:

If you would like to attend The Great Get Together Ramadan Iftar, they are encouraged to register on eventbrite, here: http://bit.ly/thegreatgettogether

If you want to share your Great Get Together event, drop us an email.