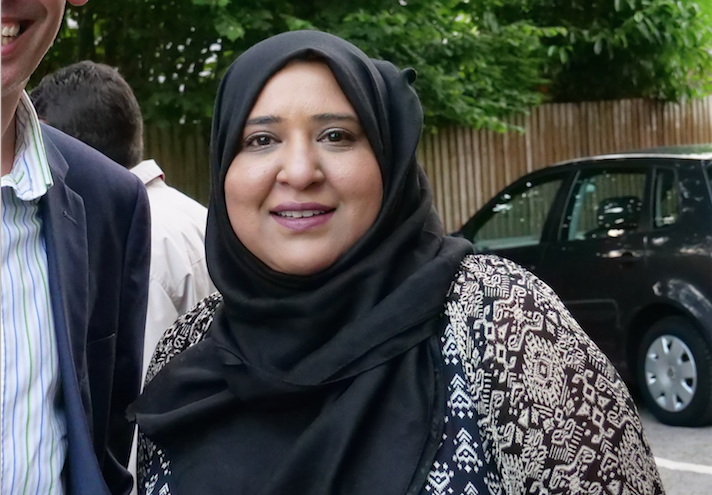 Following the terror attack on worshippers leaving Finsbury Park mosque in the early hours of this morning, the CEO of Amirah Foundation – a Birmingham charity that works with abused and vulnerable Muslims – issued the following statement:

“We are deeply shocked and saddened by the senseless terror attack at Finsbury Park Mosque in London, which has left a worshipper dead and eight more injured.
Terrorism has no race and no religion, and this act of terror must be condemned as equally as any other.

We stand with the Finsbury Park Mosque and with the Muslim community across the country against this terror and hate, and against all Islamophobia and racism directed towards minority communities.

The Muslim community in Britain is a part of the foundation of fabric of British society, just as are most peace-loving people in this nation of ours.

Sowing the seeds of disunity and hate through targeted killings and murder is abhorrent. This attack on Muslims in London is not only an act of Islamophobia, but and an attack on the British people.

We have already been reeling from the recent terror attack in Westminster and Manchester, and have been stunned by the recent Grenfell Tower fire, all of which have resulted in a great loss of innocent lives. As a community, Muslims have been coming together to condemn recent acts of terrorism and coming together to assist those affected by the fire in West London.

Now, we are coming together once again to condemn an attack on British people and on British soil. Far-right terrorism is inspired by right-wing extremist groups such as Britain First, the National Front and the EDL. We must not allow these groups to inspire hate through their propagation of racist, divisive and ignorant rhetoric.

Over the weekend, we came together to unite as communities in memory of Jo Cox, who was murdered by a far-right terrorist. Today, a year on, we are watching in horror as a far-right terrorist again takes innocent life on our streets, in an attempt to spread fear and hate.

We are deeply concerned that this attack was specifically against Muslims, specifically in Ramadan and specifically targeted a mosque, where families and children congregate in large numbers during this peaceful month.

With the festival of Eid expected to take place this weekend, we stand shoulder to shoulder with the Birmingham Central Mosque and Muslims in the city in calling for resilience in the face of this act of terror.

We hope the authorities and the community will remain strong and alert to ensure similar attacks are prevented, especially in the coming days.

We also call on authorities to prevent or block a planned far-right Britain First demonstration from taking place in Birmingham on Saturday, in light of recent events, and for the safety of the Muslim community in the city.

We must stand united, in solidarity, against hate and against terrorism.

Our thoughts and prayers are with all those affected by this atrocious and cowardly act of terror.”