Stars of screen and sport back the Birmingham 2022 Bid 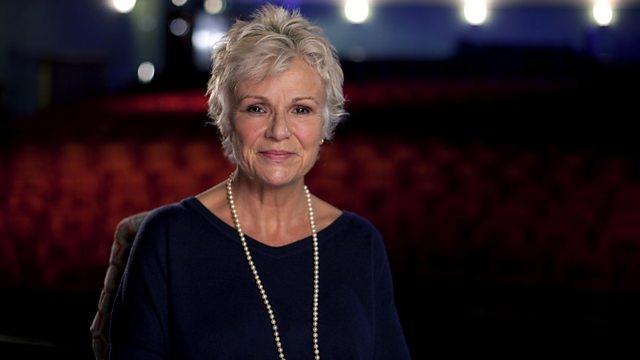 Hollywood stars Julie Walters and David Harewood are joining with over 60 top sports stars to back Birmingham’s bid for the 2022 Commonwealth Games.

The two-time Academy Award nominee, star of multiple big screen films including Billy Elliot, Mamma Mia! and Harry Potter as well as her much loved TV collaborations with the late Victoria Wood, is backing Birmingham’s bid.

“Birmingham is a brilliant city, full of energy and lively people. It’s well known across the world both for sport and culture and it would be my city of choice to host the Commonwealth Games in 2022.”

Born in Small Heath, Birmingham, David Harewood, MBE, star of Homeland and The Night Manager, as well as Hollywood movies including multi-Academy Award winning Blood Diamond, was one of the earliest supporters of the Birmingham bid:

Sports stars from all Commonwealth Games sports back Birmingham’s bid

With just weeks to go before the decision is made as to whether an English Bid will be submitted, and if so, who will become the UK’s Candidate City, the stars are urging the selectors to pick the city that delivers for all sports and they are urging the public to show their support too.

“The Birmingham 2022 Commonwealth Games and the Sandwell Aquatics Centre will inspire the next generation of swimmers as well as encourage the local community to enjoy swimming and diving and learn a valuable life skill.

“I am so excited about the possibility of the Commonwealth Games coming to Birmingham and urge everyone to back the Birmingham Bid.”

“It would be amazing to have the Games here. I know they had the World Indoors, the European Indoors, we had the World Half Marathon here in Birmingham, so they do know how to put events together and I hope it comes here. I love the crowd and I remember competing here as a youngster.”

“I think the Commonwealth Games should come to Birmingham. I trained for Sydney in Birmingham and it’s a really good city that’s passionate about sport. It has a lot of great facilities already so you wouldn’t have to build from scratch. And if it’s good enough for Usain Bolt…”

“We all believe that now is Birmingham’s time to shine. We have the venues, we have the talent and we want the Games here in 2022 because we know the positive impact they will have on our region and we know that we will deliver the best Commonwealth Games ever.”

Hakeem ‘The Dream’ Olajuwon, Olympic Gold medallist for Team USA, and one of the greatest NBA players in basketball history:

“The inclusion of 3×3 basketball at the Birmingham 2022 Commonwealth Games would provide a huge inspiration for the next generation of players.

“Basketball promotes courage, teamwork and how to succeed which are great values for youngsters to learn, whatever their background. I’m supporting Birmingham 2022 and hope they bring the Games to this great city.”

“We have shown what our city has to offer including a diverse and energetic culture and fantastic sporting venues, in fact it was down the road at the Barclaycard arena I retained my world title! I’m so proud to be a Brummie and think we’ve proved why we should be hosting the Commonwealth Games in 2022!”

“… We have iconic venues around us which showcase the city’s accessibility, inclusivity and diversity and youth. Having competed at the Commonwealth Games I know what is required of a host city and I think Birmingham has proved they are more than capable today.”

“It’s great to see so many young gymnasts and members of the public down here today backing Birmingham’s Bid for the Commonwealth Games in 2022. I am definitely behind the bid and hope it comes here, it’s such a great city.”

“A home Commonwealth Games in Birmingham 2022 will certainly be an incentive for me to continue playing to make the England team for 2022, and play on home ground here on campus. I’m sure it will also inspire many other young players to live their dream of playing for England in a major Games on home turf.”

“It was a real honour to represent team England in the Bahamas, I was very proud to get a Gold medal, it certainly would be amazing to represent them again at the Commonwealth Games in Birmingham as it’s very close to my home town.”

“As a Birmingham lad born and bred, I am one hundred percent behind the Birmingham 2022 Commonwealth Games bid and would love to compete here, in front of my home crowd.

“Victoria Park is the best Lawn Bowls venue in the country and would put on the most inclusive and accessible Para Lawn Bowls competition ever. I cannot wait to be part of it and urge everyone to get behind the bid.”

“Having won bronze medals at two Commonwealth Games in Melbourne and Delhi I cannot begin to describe my excitement at the thought of the Birmingham 2022 Commonwealth Games Netball matches being played here at the Ericsson Indoor Arena.

“We have seen a huge increase in the sport since we started Wasps Netball earlier this year and I know that the West Midlands would put on the most fantastic Commonwealth Games ever.”

“Rugby 7s is one of the most popular events at the Commonwealth Games. The atmosphere is electric and the fans get passionately involved so, as a player, it is an amazing experience to be part of. I have great memories of competing at the Commonwealth Games and would love to be representing England at Villa Park in 2022. Rugby fans who watched the Rugby World Cup fixtures at Villa Park will agree it was sensational. Let’s back Birmingham 2022 so we can recreate that again.”

“It would be amazing to have the Commonwealth Games in my home city at the peak of my career. Birmingham has so much to offer in term of venues, history and culture, I have no doubt it would be an overwhelming success. Let’s go Brum!”

“I’m backing the bid for Birmingham to host the 2022 Commonwealth. What a great opportunity for the city to showcase what it has got to offer. Nothing beats a home games!”

“I am so supportive of Birmingham’s bid to host the Commonwealth Games. It would be absolutely fantastic for the University, for the whole City and indeed the whole country, if it was to be hosted here. Having the sports centre and having this state of the art facility will only help us to win the bid and I put my name wholeheartedly behind that and will do whatever I can to support the City and its bid to host the Games.”

“Exciting, this would be an amazing venue to compete at! Supporting the #brumbid2022”

“Having been involved with Team England Wrestling at the Glasgow Games I was able to see first hand what a home Games means for our sport, as well as the buzz created in the area in which the Games are held.