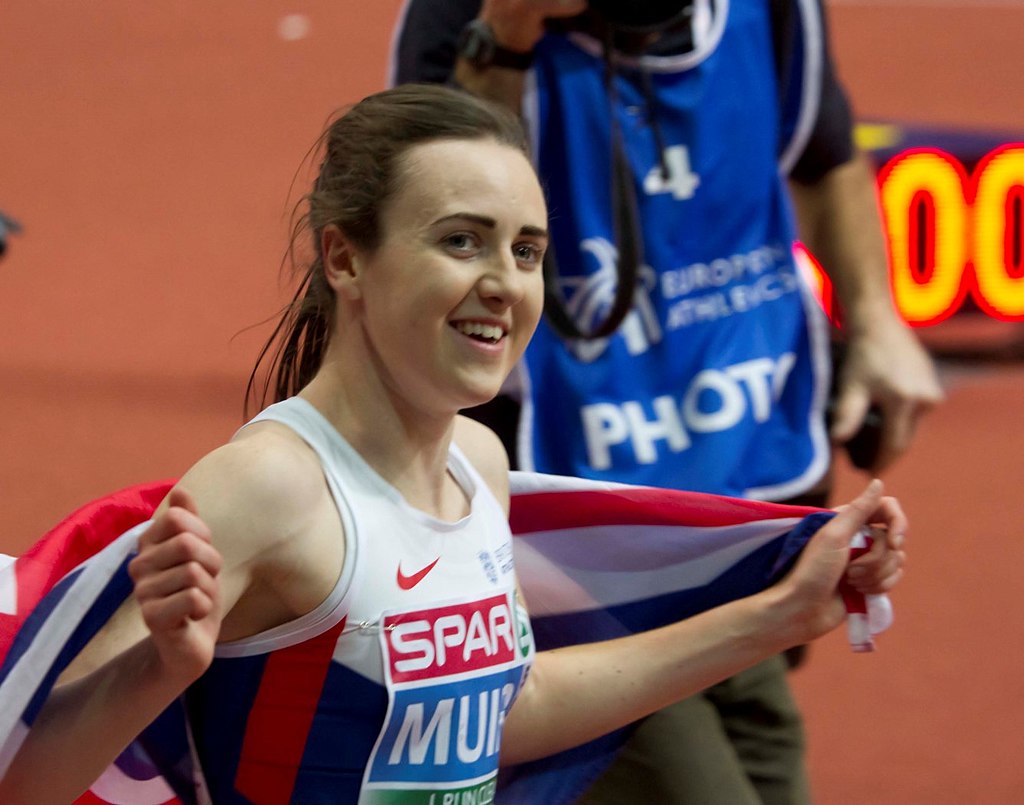 Double European Indoor champion and five-time British record holder Laura Muir has confirmed she will compete in the 3000m at next month’s SPAR British Athletics Indoor Championships in Birmingham.

Due to be held at Arena Birmingham, Muir will race in the straight final on Saturday 17th February, where she will look to claim both her first British title over 3000m as well as securing her spot on the British team ahead of March’s IAAF World Indoor Championships.

“I’m looking forward to racing the 3000m next month in Birmingham. Training has been going really over the longer distances and the 3000m on February 17th will form part of my preparations for the upcoming World Indoor Championships in the same venue a couple of weeks later.

“If I come away with the victory in Birmingham it will complete the full middle distance set, having previously won the 800m and 1500m at the championships in recent years.”

With fellow Scots Eilish McColgan and Steph Twell having also accepted their invitations for the event, Muir knows nothing is a given when it comes to competing at the championships – which act as the trials for the world indoors – in a month’s time.

“To be a British champion is a really big honour. I take great pride in win the title even more so now competition is really tough in women’s endurance events. We saw that strength last year with the amount of girls who ran qualifying times for 800m, 1500m and the 5000m for the World Championships in London.

“To be a British champion in our events, you have to produce something special and be one of the best in the world, so it’s always a fight to reach the top of the podium. There should be a lot of depth at the trials so it will be exciting for everyone.”

“I remember it well – it was probably the first big win of my career, and I went on to run at the European Indoor Championships in Gothenburg the following month which was my first senior international for the British team and a big occasion for me.

“I have very fond memories from the event and it is going to be great to compete at the new venue in Birmingham for this year’s championships.”

#TheMoment @lauramuiruns claimed the European indoor 1500m title in Belgrade in a championship record of 4:02.39!

Muir will challenge for more medals this summer at the multi-sport European Championships from 2-12 August in @Berlin_2018 and @Glasgow2018.https://t.co/at3hnZMmiG pic.twitter.com/aU0RezdVN4

“We’re delighted to be hosting the SPAR British Athletics Indoor Championships and world trials in Birmingham this year. Arena Birmingham is a superb venue, and to have the best athletes in the country coming together to battle for the accolade of becoming British champion will be fantastic.

“With two places up for grabs per event on the British team ahead of the World Indoor Championships we know that the competition will be fierce. Everyone who wants to be on the team needs to be in Birmingham and the women’s 3000m is sure to be one of several strong events across a great weekend of athletics.”

The athlete entries portal for the championships can be found here.

UK Athletics is the national governing body of the leading Olympic and Paralympic sport in Britain. British Athletics is the sport they represent, the people, the athletes, the fans, the team.

The body works closely with the home countries to develop and grow all areas of the sport including elite performance, coaching, major international events, competition and grassroots programmes within schools and clubs.

(Visited 304 times, 1 visits today)
https://www.iambirmingham.co.uk/2018/01/18/laura-muir-sets-eyes-first-ever-british-title-3000m-athletics-championships-birmingham/https://www.iambirmingham.co.uk/wp-content/uploads/2018/01/1024px-312_3000m_muir_ereronde_32505895064-1024x805.jpghttps://www.iambirmingham.co.uk/wp-content/uploads/2018/01/1024px-312_3000m_muir_ereronde_32505895064-220x140.jpg2018-01-18T11:52:34+00:00Staff ReporterEventsNewsSportsWhat's On2018,3000m,Arena Birmingham,athletics,B'ham,Barclaycard Arena,Birmingham,Brum,Cherry Alexadner,Eilish McColgan,European Indoor Championships,February 2018,IAAF World Indoor Championships,Laura Muir,Muir,Race,racing,runner,running,SPAR British Athletics Indoor Championships,Sport,Sporting,Steph Twell,What's onDouble European Indoor champion and five-time British record holder Laura Muir has confirmed she will compete in the 3000m at next month’s SPAR British Athletics Indoor Championships in Birmingham. Due to be held at Arena Birmingham, Muir will race in the straight final on Saturday 17th February, where she will look...Staff ReporterStaff Reporter[email protected]AdministratorI Am Birmingham
« 10 Brummie rising stars to look out for in 2018
Does your dog have what it takes to star in Legally Blonde The Musical? »