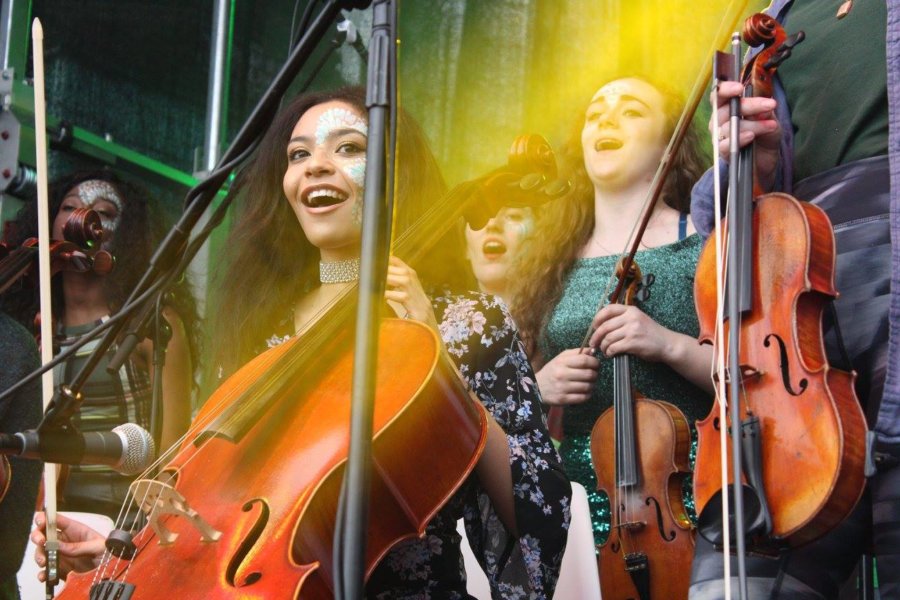 The Birmingham St. Patrick’s Festival is back this weekend, with an exciting parade for 2018 and a host of celebrations and entertainment.

This Sunday (March 11), taking place in the spiritual home of the Irish, Digbeth, the Parade celebrations will begin with the second ever St Patrick’s fun run, aptly named the Emerald Mile.

The Emerald Mile kicks off proceedings at 10.30am outside main sponsors and race HQ South and City college. The Emerald Mile will see our participants run, jog, walk and dance their way around the two mile Parade route in their best fancy dress.

Participants can run to raise money for a charity of their choice, for the festival itself, or just to have fun and be in with a chance of winning some fantastic prizes, two sets of tickets to see The Vamps in concert.

The first 30 runners will receive a memento ‘I ran the Emerald Mile’ t-shirt and there are unique collectors medals to be gifted to the all runners once finishing the race.
Attendees are invited to come and cheer on the runners and all festival areas will open at 11am.

At 12 noon with a blast of the Birmingham Irish Pipes and Drums Marching Band the parade will commence, lead by the float of this year’s headline sponsors Kiely Bros, which will include a Mother’s Day inspired creation.

A spokesperson for Kiely Bros. commented:

“We are delighted to be leading this year’s Birmingham St. Patrick’s Parade 2018! As a Birmingham based business with Irish heritage, it is fantastic to be able to support such an important community event and ensure the celebrations go ahead for another year. We can’t wait to get out there on Sunday, and are really looking forward to showing the public a different side to our vehicles – keep an eye out for us at the front of the procession!”

The Motorpoint Confetti Blaster, which is always a crowd favourite, will follow the parade’s procession and much to spectators delight will shoot confetti sporadically along the parade route.
The procession will continue with this year’s flag bearers honouring iconic women of Birmingham, the VIP bus, plus walking groups, floats, dancers, vintage vehicles and much, much more.

Headlining the St. Pat Rocks stage, in the Zellig car park on High Street, on Sunday 11th March will be Irish folk royalty Sharon Shannon. Sharon Shannon is an Irish musician who has enjoyed success as a solo artist and with the band, The Waterboys.

Kicking off the live music on the day will be the O’Fibb’s, a local Irish band based in Birmingham, followed by Forró Social, Britain’s first indigenous Forró band comprised of multicultural Brummies whose backgrounds include Jamaica, India, New Zealand, Ireland and the Black Country.

Supporting Sharon Shannon on the St. Pat Rock’s Stage will be the Conservatoire Folk Ensemble, the UK’s biggest folk band! The 50-strong Birmingham based ensemble are known for their energetic and powerful live performances that have often moved audiences to tears. The Conservatoire Folk Ensemble, led by Joe Broughton, recently went viral after performing for intermittent slots across an entire day at Grand Central Station earlier on this month.

The St. Pat Rock’s area will also feature street food, outdoor bars – including a Guinness only bar and cocktail bars, and lots of fun and games!

Birmingham’s biggest street food names will be serving up a feast on the day, including Greidy’s Wings, Passion & Soul food, Mangiano and Silver Side Grill in the St Pat Rock’s area and Snow White Ice cream and silver Pod Coffee in the Emerald Village, not to mention outdoor Guinness bars located in St Pat Rocks.

To keep the little ones entertained in the Emerald Village family area, there will be a funfair, magic show and free music workshops. There will also be arts and crafts activities, such as balloon modelling, face painting and even a petting zoo with ponies.

“With just days to go until this year’s Parade, the excitement is now really building! As our theme this year is ‘Celebrating Iconic Women of Birmingham and Ireland’, we have some stunning floats, dancing and walking groups, and marching bands to celebrate dance in cultures around the world – it promises to be a real spectacle!

“As well as the Parade itself, this year, we have doubled our offering for attendees, and have some fantastic free entertainment for all of the family to enjoy on the day in St. Pat Rock’s and the Emerald Village. Fingers crossed the weather is on our side!”