Be You: ‘Coming Out’ for Birmingham Pride 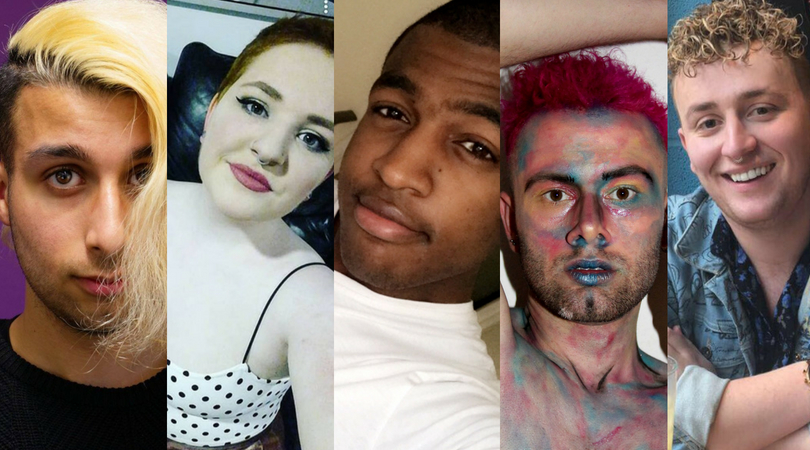 Tens of thousands of people will descend on Birmingham’s Gay Village on Saturday 26 and Sunday 27 May for Birmingham Pride 2018, bringing with them more colour and diversity than ever!

With this year’s fitting theme being ‘Be You!’, we caught up with students from Birmingham to share their ‘Coming Out’ stories and what Pride means to them!

With Pride being such a key date on the city’s LGBTQ+ calendar, it’s no surprise that tens of thousands of people visit Birmingham Pride each year. Be it for celebration, protest or acceptance, Pride opens its glittery doors to every individual year in and year out.

So, what does it mean to be out and proud? Here’s the personal stories of 7 Birmingham-based students on ‘Coming Out’ and what Pride means to them:

Sorcha is 19-years-old, from Ballycastle in Northern Ireland and identifies as queer. Coming from a small town in Northern Ireland, Sorcha said she felt apprehensive to formally ‘come-out’ at the age of 17. With support from her family, Sorcha explains her gender expression has constantly developed as “coming out never really ends. You are constantly meeting new people and inevitably juicy conversations of love arise, and you usually have to alter their heteronormative views, which nearly always ends in an open and comfortable conversation, in my fortunate personal experience.”

“My favourite thing about Pride is community. No matter who you are or where you are in your personal coming out journey, for that day you can be 100% yourself and there is just no feeling like it.”

Sorcha believes that Pride is a political protest, paying homage to the Stonewall riots that developed pride into the global celebration it is today. With an emphasis on history and the coming together of LGBTQ+ individuals and allies alike, Sorcha sees pride as a means of championing queer liberation and teaching people about queer history.

Harry is 21-years-old, from Birmingham and identifies as bisexual. To Harry, coming out isn’t just a one time thing – it’s something that you do again and again whenever you meet somebody new. Harry was initially embraced by his parents when coming out and with the support of UNMUTED, an LGBTQ+ group for those who identify as LGBTQ+ and are people of colour, was able to come to terms with his sexuality whilst building a support network. Over time, this initial embracing of his sexuality faltered and, due to homophobia, became ostracized from his parents. After reaching the lowest point of his life, Harry was able to leave that environment into accommodation provided by St Basils and now works alongside UNMUTED in bringing together and supporting people like himself.

“I understood that coming out as a bisexual Muslim is one that shakes to the core both religion and culture and obviously it will bring out negative reactions. I don’t have any regrets, I only wished that it could have been easier but through the process I’ve met some incredible people along the way.”

Pride for Harry is about providing a space for all members of the LGBTQ+ community and other marginalised groups to come together. For those who haven’t yet come out, it is simply a space to be free and be who you are. With this year’s Birmingham Pride theme being, ‘Be You’, this is very fitting. As a bisexual male and as a Muslim, Harry see’s Pride as an opportunity to have those meaningful and difficult conversations.

Olivia is 19-years-old, from Dorset and identifies as bisexual. Olivia’s coming out story began with an intense adoration for Lea Michelle’s GQ lingerie shoot, which evolved into her gradually becoming aware of her bisexuality. With acceptance came anxiety but more profound than the anxiety was the feeling of injustice. The frustration at having to come-out as she went against heteronormative standards lead to her actively avoiding the conversation. Eventually however, in passing conversation, she did. “It was no big deal, no song and dance, just a plain conversation”, Olivia explains.

“I know that I have been extremely lucky to have a very understanding family whilst innumerable others struggle daily with expressing, accepting and being proud of their sexualities.”

For Olivia, Pride is an opportunity for pure, unadulterated self-expression. Being able to come together irrespective of gender, race, sexuality or preferences is of great adoration to her and the glitter, music and talent is but a bonus. In the future, she hopes that, “it will continue to be a platform for wider commentaries on society, equality and love”, eventually bleeding into mainstream society so that nobody has to hide their sexual or gender identity.

Ashley is 24-years-old, from Birmingham and identifies as gay. Coming out for Ashley was an isolating experience, having never had any gay role models or friends in similar situations. Though hesitant, he says after his initial conversation, his parents were the most supportive people in his journey to discover himself; never making him feel different to his other siblings.

“Birmingham Pride is a place to discover yourself and find a community of people that you can relate to.”

To Ashley, Pride is incredibly important as it’s a powerful platform that has the ability to celebrate and inform people whilst also supporting those individuals, like himself, at a time of self-discovery. A regular attender of Birmingham Pride for seven years, acceptance is the biggest theme of Pride that resonates with Ashley. Coming out is one of the biggest internal challenges that LGBTQ+ individuals face and the space Pride provides to discover and connect with others in similar situations is of great importance to him.

Josh is 20-years-old, from South London and identifies as gay. To Josh, his biggest fear when coming out was the fear that things would be radically different between him and his loved ones. Growing up in a very religious household with very religious friends led to Josh thinking coming out would be the, “end of his life”. However, in coming out, those fears disappeared for him as those around him did nothing but accept and support him. Those he was most afraid of coming out to became those who loved and supported him the most.

“After coming out I realised those were the people that loved and supported me most and that my life would be the same; it also had the potential to be so much more as I wasn’t hiding from a part of myself anymore.”

Pride to Josh is a place to be able to celebrate and explore who you truly are. The festival itself and the dancing are of course central to the celebrations but being able to do this free from judgement is what defines this community but, further, what defines Pride.

Ellis is 21-years-old, from Birmingham and identifies as queer. Ellis was only able to open up and accept his sexuality a year ago, after exiting a domestically abusive relationship. Trapped in a toxic relationship, Ellis was blind sighted to both the abuse he was experiencing at the hands of his partner and the fluidity of his own sexuality. “Being able to accept myself has given me the confidence to think for myself and to put myself forward for things that I otherwise wouldn’t have. I finally feel I am living, and I am living my best life.”

“It was not long after last year’s Birmingham Pride when I came out to myself. So to me, Pride is an opportunity to be loud and proud and collectively encourage others who may feel as if they are unsure about their identity to be themselves.”

To Ellis, Pride is so important due to the global ramifications it brings with it. “By gathering and proudly celebrating, we are showing the rest of the world that is is okay to be LGBTQ+. Attending the festival and being out and proud is a means of inspiring change. Pride is an event promoting the diversity of this community and allowing people to question and break down the boxes they have been put in.”

Jennifer is 19-years-old, from London and identifies as bisexual. With an LGBTQ+ friendly family and the love of her parents, Jennifer says she was confident in being able to come out. After proclaiming to her Mother how beautiful she found Game of Thrones star Natalie Dormer, a “hilarious” conversation over dinner was all it took for Jennifer to share her sexuality with her family.

“Pride is important because its a celebration of everything we are, everything we were told was wrong, its loud, glittery and fearless. Pride is a protest”.

To Jennifer, Pride is a place to be able to be loud and be proud of who she is. Growing up in a Catholic school, she says it “feels like home” to be accepted into a diverse community where she was free to be unapologetic in her character. As much as she enjoys the “party” element of pride, Jennifer sees the foundations and future of Pride as an LGBTQ+ protest. For her, fighting for LGBTQ+ rights at home and abroad is the essence of Pride. “Pride can’t forget its history and neither can we.”

Birmingham Pride takes place on Saturday 26 and Sunday 27 May, during the Bank Holiday weekend. Tickets are still available here. For support with coming out, Birmingham LGBT  are the city’s leading charity advocating for and supporting lesbian, gay, bisexual and trans communities in Birmingham and beyond.