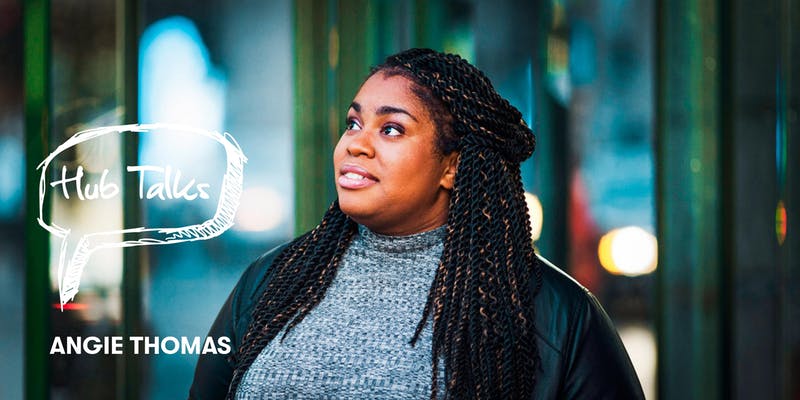 [THE BELOW EVENT HAS NOW BEEN CANCELLED, POSTPONED UNTIL NEXT YEAR]

Angie Thomas, author of The Hate U Give (THUG), comes back to Birmingham to talk about the phenomenal success that has seen her debut novel take the Number One spot in the New York Times Bestseller list for 65 weeks.

The Hate U Give is a ground breaking novel that tackles the complex themes of social justice and unheard voices with subtlety and immediacy.

The book follows the story of sixteen-year-old Starr, a girl of two worlds. Every day she walks a thin line between the poor inner-city neighbourhood where she was born and raised, and the wealthy suburbs where she goes to high school.

The uneasy balance between the two is shattered when Starr becomes the only witness to the fatal shooting of her unarmed best friend, Khalil, by a white police officer. Now Starr must fight for justice, using the most powerful weapon she has – her voice. But how she uses it could destroy her two carefully separated lives, her family, and her community. It could also get her killed.

Since publication THUG has won multiple awards including Waterstones Children’s Book Award 2018, Children’s Book of the Year at the British Book Awards and the 2017 winner of the Books Are My Bad Readers Awards!

The 30-year-old author is returning to Birmingham to discuss her work following a visit to the city in April last year, when she was in conversation with Rakeem Omar as part of her initial UK book tour and discussions around the Black Lives Matter movement.

Angie will be back at the Impact Hub Birmingham on Wednesday 13 June as part of their ‘Hub Talks’ series to talk about THUG, the impending film release based on the novel and Angie’s second book On The Come Up, which is due out in 2019.

Tickets for the event are available here.

(Visited 426 times, 1 visits today)
https://www.iambirmingham.co.uk/2018/06/05/thug-author-angie-thomas-returning-birmingham-discuss-movie-adaptation/https://www.iambirmingham.co.uk/wp-content/uploads/2018/06/Hub-Talks-Angie-Thomas-Birmingham-800x400.jpghttps://www.iambirmingham.co.uk/wp-content/uploads/2018/06/Hub-Talks-Angie-Thomas-Birmingham-300x150.jpg2018-06-09T20:55:59+00:00Staff ReporterBLMBooksEventsNewsRacismWhat's OnAngie Thomas,Author,B'ham,Birmingham,Black Lives Matter,BLM,Book,book event,book tour,Brum,Event,events,film tour,Hub Talks,Impact Hub,Impact Hub Biringham,Literature,movel,Novel,On The Come UP,Reading,The Hate U Give,The Hate U Give (THUG),The Hate U Give (THUG) film,The Hate U Give film,The Hate You Give,THUG,THUG film,UK,UK book tour,What's on,Writer,writingAngie Thomas, author of The Hate U Give (THUG), comes back to Birmingham to talk about the phenomenal success that has seen her debut novel take the Number One spot in the New York Times Bestseller list for 65 weeks. The Hate U Give is a ground breaking novel that...Staff ReporterStaff Reporter[email protected]AdministratorI Am Birmingham
« Aston Villa FC suspend Keith Wyness with immediate effect
Hundreds of families planning to attend free festival in Birmingham this weekend »