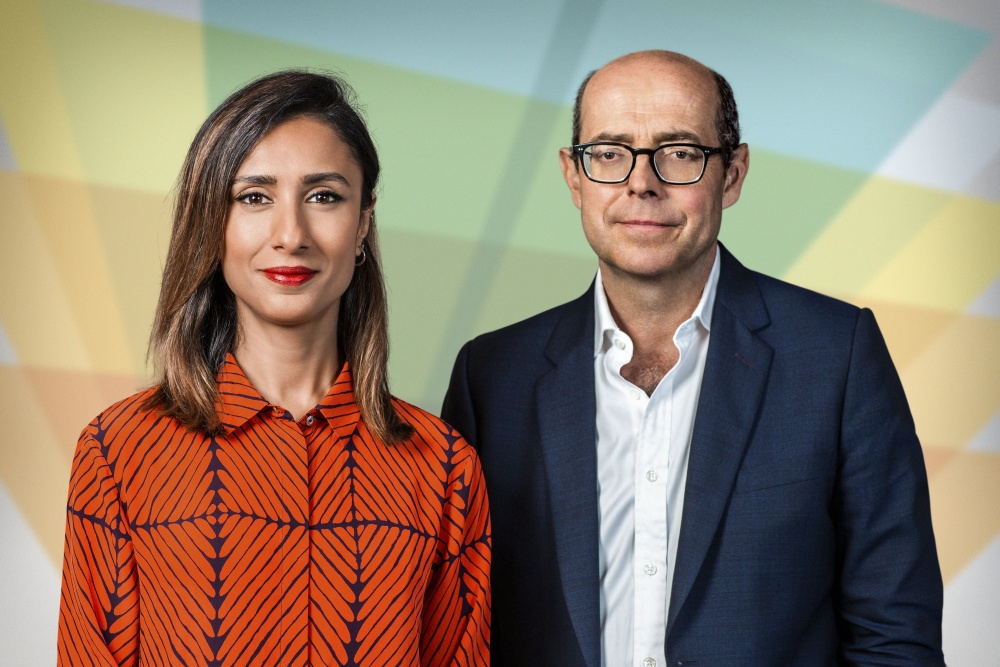 Anita Rani and Nick Robinson will be hosting a live broadcast to mark the 70th anniversary of the National Health Service (Image: BBC)

To mark the 70th anniversary of the National Health Service, BBC Two presents a 90-minute live event from the Queen Elizabeth Hospital in Birmingham hosted by Anita Rani and Nick Robinson.

In front of an audience of patients and NHS professionals, the centrepiece of the BBC’s NHS at 70 season – produced in partnership with The Open University – will celebrate the successes of the NHS and investigate some of the huge challenges the service faces.

With live guests, from stand-up comedians to senior consultants, and live links around the hospital, NHS at 70 – Live will look at how the service has grown over 70 years to impact on all of our lives. And, working with a group of Britain’s most important health think tanks, the programme will also feature exclusive new research into some of the major challenges facing today’s NHS.

A section of the programme will see broadcaster Helen Skelton present live at the maternity ward of the Birmingham Women’s Hospital next door to the main Queen Elizabeth Hospital.

Dr Kevin Fong (Horizon, Extreme A&E) will also be looking at how new technology could transform the NHS whilst Dr Zoe Williams (Trust Me I’m A Doctor, This Morning, Gladiators) investigates the obesity epidemic.

In 2012, the world watched the Olympic ceremony from London celebrating and championing the NHS as the best health service in the world. But how good is it at keeping us alive, when compared to other countries?

While arguments continue in Westminster over a birthday present boost to the NHS budget, how much money does it really need to keep Nye Bevan’s promise of free health care for all in the years to come?

With an aging population taking up hospital beds, obesity costing more than all cancers combined and the numbers of children and young people self-harming up threefold in just four years, how does the NHS born in 1948 reinvent itself beyond its 70th birthday?

For the first time the country’s leading health and economic think tanks, including The King’s Fund, the IFS, the Nuffield Trust and The Health Foundation have all joined forces to tackle the most important questions facing the NHS at 70.

They have created a unique report that will inform the audience and spark debate, all to be discussed throughout the live programme.