12 stabbings in one week leave Birmingham shaken. Here’s the victims… 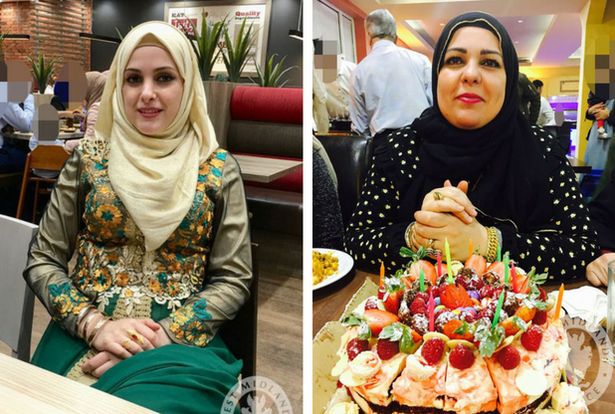 Twelve stabbings in and around Birmingham have left the city shaken this past week, as Bank Holiday Monday began with news a double murder.

Mother and daughter Khaola Saleem and Raneem Oudeh were tragically knifed to death in Solihull, triggering a national manhunt to trace the killer. A 21-year-old man has now been arrested on suspicion of the murders.

In as many days, a teenage boy was knifed in the back in Handsworth, a biker stabbed in Weoley Castle, a man was stabbed in a main Sparkhill street and three men were stabbed outside Kidderminster train station.

As West Midlands Police take robust action in response to the attacks and witnesses are urged to come forward, ordinary Brummies are horrified at the surge in violence across the region.

Who: Man knifed outside pub

What happened: A man in his 20s was stabbed outside a busy Halesowen pub just as the August Bank Holiday weekend got underway. A row sparked between the man and another customer at the The Rose & Crown pub. After leaving the pub at around 11.15pm, he was knifed.

Paramedics treated him at the scene and he was then taken to hospital, but is now in a stable condition recovering at home. A police investigation is in effect but no arrests have yet been made.

Anyone with information is asked to call West Midlands Police on 101 giving crime reference 20DY/195080F/18.

What happened: A daughter and her mother were stabbed to death in Solihull in the early hours of Bank Holiday Monday. 22-year-old Raneem Oudeh called the police several times to report threats from her ex-partner, before she and her 49-year-old mother were both knifed to death just after midnight outside their home in Northdown Road.

When police arrived at the scene minutes in response to the phone call, it was too late and the mother and daughter were pronounced dead at the scene. A murder investigation was launched and a national manhunt to track the killer. 21-year-old Janbaz Tarin has since been arrested on suspicion of killing both women, and has been charged with murder.

The police force admitted it had “previous contact” with the family and the case has since been referred to the police watchdog, the Independent Office for Police Conduct.

What happened: A 16-year-old boy was reportedly attacked before being knifed in the back in Handsworth Park on Bank Holiday Monday.

The shocking and callous attack took place at around 6.40pm opposite the Handsworth Wellbeing Centre near to the park. As a result of the attack, the teenager suffered a punctured lung and remains in hospital.

Two young boys, aged 13 and 14, have been arrested on suspicion of attempted murder.

Anyone with information on the stabbing is asked to call West Midlands Police on 101 quoting log 2003 of 27 August.

Who: Man stabbed in Kings Heath

What happened: Following a row erupting on a Kings Heath street on Bank Holiday Monday, A fourth victim was knifed on this day.

After an argument erupted between three men on Kingsthorpe Road, a male in his 30s was stabbed in the arm.

Paramedics arrived at the scene, treated the man for a stab wound and he was taken to hospital, but later released.

West Midlands Police said no arrests had been made and they are still searching for the offender.

Who: Man knifed in Sparkhill

What happened: A young man was stabbed just after 7pm on Stratford Road, resulting in the launch of a police investigation.

Two ambulance crews, a paramedic officer and a Merit Trauma Doctor were dispatched to the scene, where a 25-year-old male was treated before being transferred to hospital.

No arrests have yet been made and officers are continuing to hunt the attacker.

Who: Biker stabbed in Weoley Castle

What happened: A biker being knifed in the back became the seventh reported stabbing in Birmingham in just four days. The rider was attacked on a street during rush hour traffic.

A witness reported seeing a man brandishing a large knife as he emerged from a car on Shenley Lane, before leaving his 27-year-old victim seriously wounded.

According to West Midlands Ambulance Service, they were “called to reports of an assault at 4.47pm in Shenley Lane” and “a nurse who was passing by attended to PT until the ambulance arrived 4 minutes after the call.

Police have arrested a 19-year-old from Kings Norton on suspicion of attempted murder while the rider remains in hospital. Police are urging for witnesses and anyone with any information is asked to call the Force CID investigation team at Bournville on 101.

What happened: A man was seriously injured in Edgbaston after being knifed on Gillott Road at around 5am on Saturday, resulting in a road closure from Hagley Road to Portland Road.

The victim remains seriously injured but in a stable condition in hospital. The three men have been arrested in response to the attack.

Who: Three stabbed in Kidderminster

What happened: Three men were stabbed following an “altercation” outside Kidderminster train station.

At around 10pm on Saturday, a confrontation reportedly broke out on Station Drive, resulting in three men being taken to hospital with suspected stab wounds. All of the men involved are in their twenties, and none are believed to be in a life-threatening situation as a result.

A 27-year-old male and a 28-year-old male from Kidderminster, and 22-year-old male from Birmingham, were all arrested on suspicion of violent disorder and are currently in police custody while an investigation into the incident has been launched. Police have asked witnesses to come forward.

Where: Outside The Observatory pub, Lozells

What happened: A 41-year-old man has been left with serious injuries after being stabbing in a street in Lozells.

The victim was believed to be have been knifed on the corner of Barker Street and Hunters Road, outside the Observatory pub, early on Sunday morning; triggering roads being sealed off as an investigation was launched.

The victim of the stabbing remains in hospital in a serious but stable condition, as police search through local CCTV footage.

Detectives are asking for witnesses to contact them quoting log 187 of 2/9. Anyone with information should contact West Midlands Police by calling 101 anytime or contacting Crimestoppers anonymously on 0800 555 111.

(Visited 1,472 times, 2 visits today)
https://www.iambirmingham.co.uk/2018/09/03/12-stabbings-one-week-leave-birmingham-shaken-heres-victims/https://www.iambirmingham.co.uk/wp-content/uploads/2018/09/Victims-Khaola-Saleem-and-Raneem-Oudeh-by-West-Midlands-Police.jpghttps://www.iambirmingham.co.uk/wp-content/uploads/2018/09/Victims-Khaola-Saleem-and-Raneem-Oudeh-by-West-Midlands-Police-300x202.jpg2018-09-03T17:40:53+00:00Staff ReporterBrumFeedCommunityCrimeNewsBirmingham,Black Country,BrumFeed,Crime,Crimestoppers,Edgbaston,Halesowen,Handsworth,I Am Birmingham,Investigation,Khaola Saleem,Kidderminster,knife crime,news,Police,Raneem Oudeh,Solihull,Sparkhill,stabbed,Stabbing,stabbings,Weoley Castle,West Midlands Police,WMPTwelve stabbings in and around Birmingham have left the city shaken this past week, as Bank Holiday Monday began with news a double murder. Mother and daughter Khaola Saleem and Raneem Oudeh were tragically knifed to death in Solihull, triggering a national manhunt to trace the killer. A 21-year-old man has now been...Staff ReporterStaff Reporter[email protected]AdministratorI Am Birmingham
« How does the Birmingham Westside Metro Extension affect you?
Funeral arrangements announced for Solihull double murder victims »