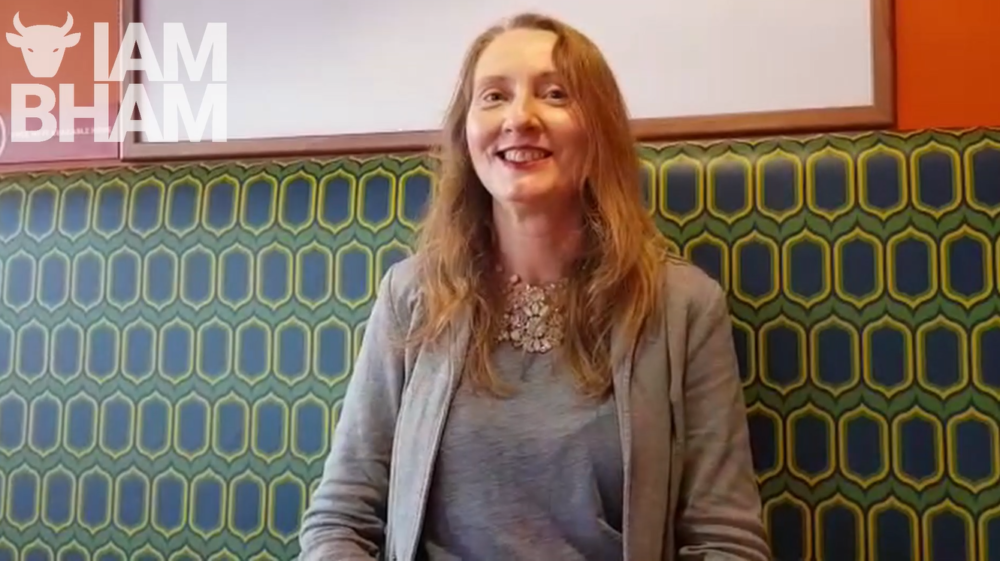 We chat with with author AA Abbott, who is about to release her fourth book, The Revenge Trail, the latest part of the ‘Trail‘ series.

Author AA Abbott – real name Helen Blenkinsop – moved to Birmingham as a teenager, got her first “proper job” in the city, got married and together they stayed in the city for twenty years. Plenty of time for Brumtown to inspire her glamorous and gritty thrillers, in which the Second City is featured heavily.

The Revenge Trail features glamorous blonde Kat White and vodka salesman Marty Bridges. At last, Kat’s craft vodka brand is taking off, while the mother who abandoned her faces financial ruin. So does Marty. While Kat doesn’t trust him, she has to save his business or hers will go under too.

That’s not her biggest problem. Crazed murderer Shaun Halloran wants to kill her, even if it means breaking out of jail to take his revenge. Kat dreams of love, riches and success in her life – but shouldn’t she just focus on staying alive?

With twists, tension, secrets and suspense, The Revenge Trail is a gripping crime thriller that will draw you into Kat’s exciting world. Like the rest of the Trail Series, Abbott’s latest book is being published in dyslexia-friendly large print as well as standard paperback and Kindle formats. The fourth installment in the popular series is being launched on 1st October, the start of Dyslexia Awareness Week.

We caught up with AA Abbott to find out more:

Is your book fact or fiction?

I write crime thrillers and they are definitely works of fiction, they are all made up! Occasionally, real people do creep in there but generally it’s with prior agreement with them.

So, for example, in my book the Bride’s Trail, there is a little cameo role for a librarian called Jackie Molloy, who runs one of the mobile library centres in Birmingham, and runs a book club. I knew her because we follow each other on Twitter. I asked if anyone would like a a cameo role in my latest book and she volunteered, so she’s in there.

Who are the main characters?

The three trail books so far are about two families involved in the vodka business. The central characters are two people. There is Marty Bridges who is a Birmingham businessman and in his 50s, a self-made man, and there is young, glamorous blonde Kat White who can make the best vodka in the world.

What is the main thread?

There is a dynamic interplay between them (the two main characters), they spark off each other a lot because they are both very strong minded individuals and don’t necessarily trust each other but a thread running through the book is they have to build a degree of trust between them to help each other out.

Where is the plot based?

When I started, it was to show how great Birmingham was. There is a general thread running through the books that London isn’t all it is cracked up to be, whereas Birmingham is the place to be. These days, well it’s been 5 years since my first book was published, everybody is catching up and realising how great Birmingham is. Obviously, Brummies have always known that. I always knew that when I lived in the city.

Is there any specific areas people should look out for that are mentioned in the books?

There’s a few places which get mentioned: Rose Villa Tavern, where my characters go out for a vodka cocktail. The White Horse in Harborne, where they like their real ale.

When is the launch of the book?

The Revenge Trail comes out on the 1st of October, which is the beginning of National Dyslexia Awareness Week. It is at the Alchemist in Birmingham on Colmore Row.

Why is the book being launched on National Dyslexia week?

It runs like a thread through my family, so there’s been dyslexia of four generations. I’m not dyslexic but my brother is and family and friends are, so I like all my books to be available in a dyslexia-friendly large print as well as standard paperback.

How have you gone about publishing this book?

I’ve self-published, very easy to do, possible to do with very good services. So, for example, the covers on the book are designed by Steven King’s cover designer. I have professional editors, I have a whole army of readers, unpaid, who read my drafts and tell me what can be improved.

Who are your inspirations?

I really like work by David Lodge, I know it was written years ago but it is so funny.

What’s great about your books?

If you are after an exciting thriller with lots of twists, tensions, suspense, sex, drugs and murder, you can’t do better then the ‘Trail Series.’

Author AA. Abbott will be launching her latest thriller novel ‘The Revenge Trail’ at The Alchemist in central Birmingham on Monday 1st October 2018, from 6:30pm until 8.30pm. To attend, register here.