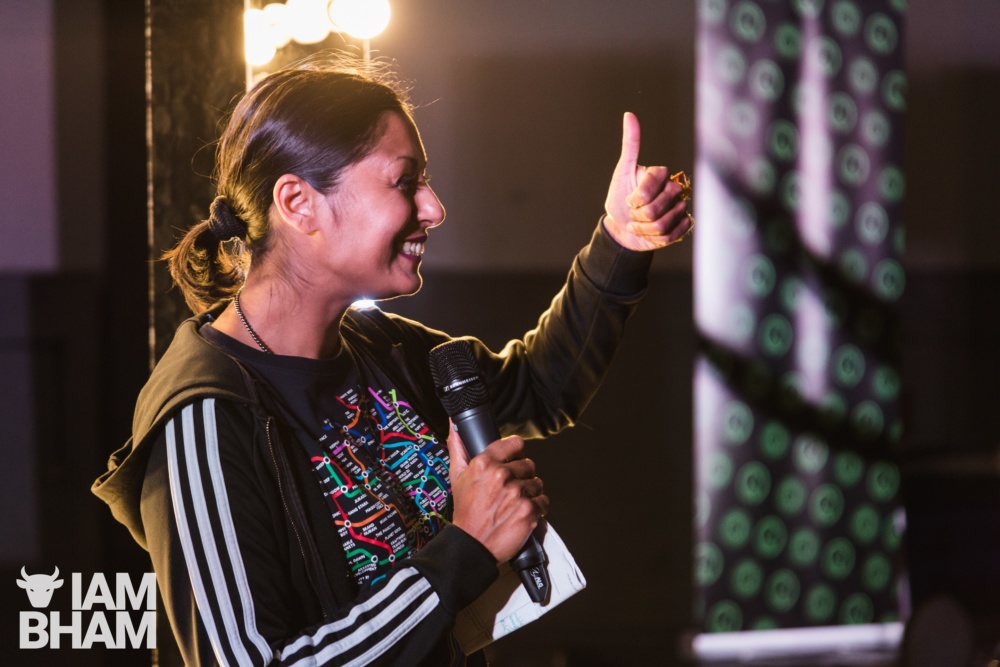 The Festival of Audacity, a free three-day extravaganza from Free Radical, has seen a myriad of creatives and artists occupy unusual spaces across Birmingham these last few days.

Described by organisers as a “multidisciplinary festival of activist art making all of Birmingham its stage”,  the showcase aims to take art out of its comfort zone, and boy, has it been doing that.

Celebrating the best of national and international talent with various politically charged arts experiences taking over the city, The Festival of Audacity has been curated in collaboration with guest artistic directors BBZ London, who’ve joined Free Radical to swarm the city with socially engaged, political art from spoken word to theatre, music to dance, film to art installations.

With locations like the Midland Metro trams, New Street Station, COW vintage store and the city’s Rag Market becoming temporary performance platforms; this “audacious” festival has been hard to miss.

“Festival of Audacity is a pioneering home for young artists who make brave choices about what they say, how they say it, where they say it, and who they address,” she explained.

“We want to make space for young creators to take risks and reach people beyond traditional arts venues. For art to have a real impact it needs to be bold, authentic, and audacious.”

Check out these 10 awesome photos from Festival of Audacity 2018: