How the West Midlands has been marking BBC Music Day 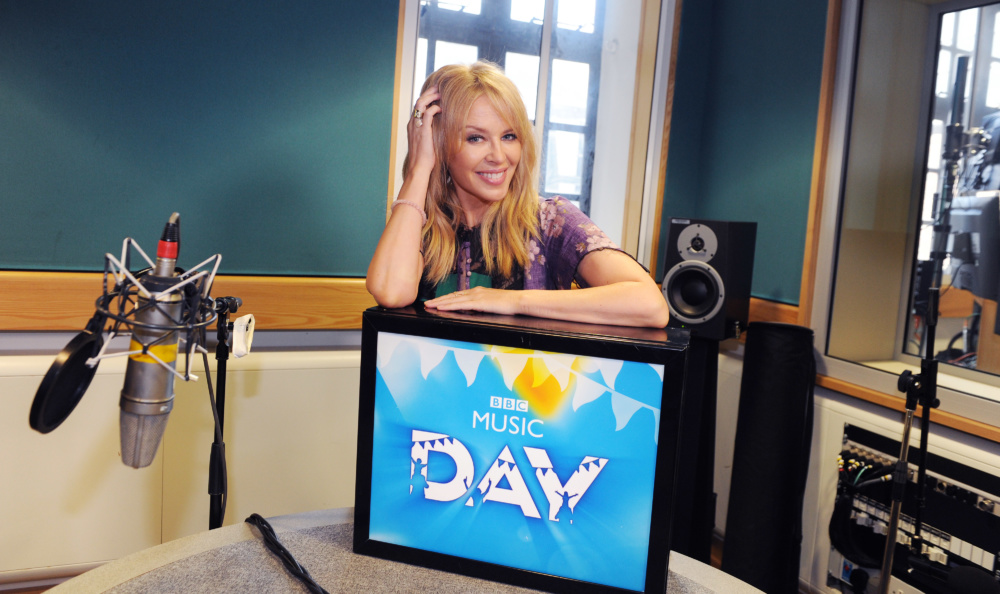 Did you hear Kylie over the tannoy at Birmingham's New Street Station? (Photo: BBC)

It’s BBC Music Day, with a host of musical activities held across the country, from Kylie Minogue taking over train announcements to indie rock legends Pulp appearing on a special edition of Bargain Hunt (we kid you not).

But it isn’t all London-centric. Birmingham and the West Midlands have also being celebrating local musical talent, with choirs at New Street Station and young musicians taking over the Midland Metro.

The panel discussed representation of women of colour in the music industry, sharing their views on opportunity, colourism, prejudice and empowerment.

Literally grabbing a ‘Platform to Perform’, the BBC Asian Network have been collaborating with Free Radical on ‘Pass The Mic’ – a performance takeover on the Midland Metro tram network with an all-female line-up, as part of the Festival of Audacity.

Loudmouth Women and Staffordshire Community Choir were performing at Stoke-on-Trent Station, while Hereford Rail Male Voice Choir have been performing at Hereford Station. There’s been even more for commuters across the region as Harmony Junky performed at Shrewsbury Station today, and Forte Gospel were performing at Coventry Station!

Further east, the Fosse Singers were performing at Leicester Station, Be Vox Choir at Lincoln Station and Rockabilies Choir at Nottingham Station.

What’s been happening around the UK?

BBC Music Day has been covered across BBC Television, Radio and Online today, with special programmes, performances and activities planned throughout the day and weekend.

Jarvis Cocker and iconic indie rock band Pulp are taking part in a special version of game show Bargain Hunt today, up against Happy Mondays for an antique challenge. You can follow all of the activity on the BBC Live page, which is providing coverage throughout Friday 28 September, as well as following the #BBCMusicDay hashtag on social media.

Kylie Minogue recorded a series of messages encouraging commuters to share their love of music.

In one announcement, the star says: “Please let passengers sing and dance their way off the train first before trying to get on board.”

Scottish singer Amy Macdonald was joined by a choir at Glasgow Central Station, backed up by 50-strong female choir.

BBC Music Day is centred around these key themes:

Platform to Perform
Choirs and singing groups from across the UK performing at railway stations at the heart of their local communities throughout the day. There are also a number of special guests from the world of music making unique appearances and performances at stations.

Women in Music
BBC Music Day is celebrating women in music. Special features and performances are taking place across the UK to highlight and celebrate women working across all areas of the music industry.

Get Singing
BBC Music Day has teamed up with Ex Cathedra’s Singing Playgrounds, Young Voices, Sing Up and BBC Ten Pieces to inspire children to get singing in schools across the UK. Find out more on the BBC’s Get Singing page.

Music and Wellbeing
An important part of BBC Music Day’s on-going work is to explore the different ways in which music can change lives and improve health and wellbeing. This year they’re launching BBC Music Memories, a website designed to help people with dementia. Find out more on the BBC’s Music and Wellbeing page.