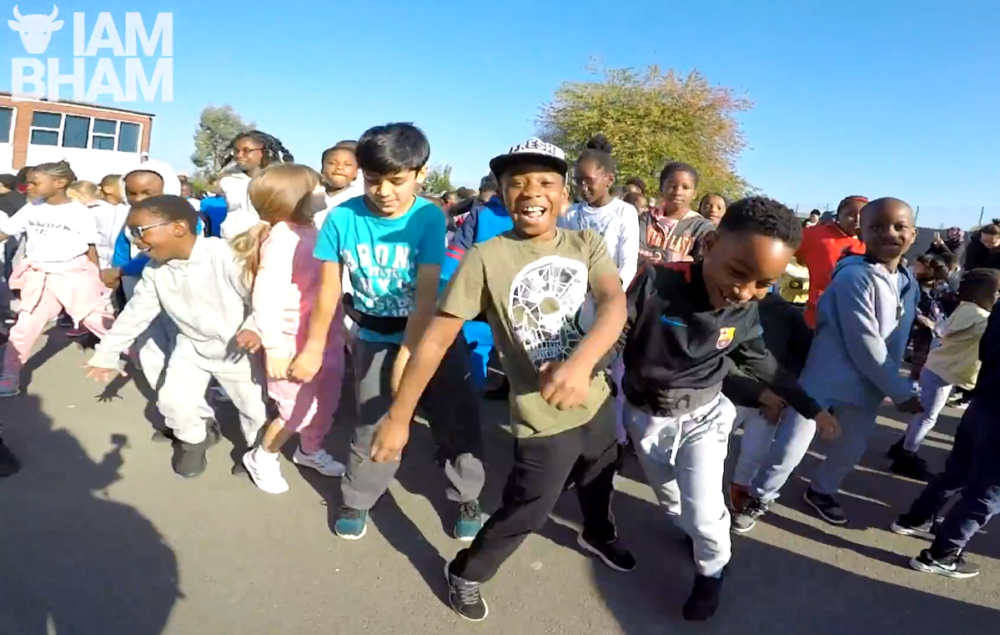 Over fifty schools in Birmingham took to dancing ‘the floss‘ and sharing it on social media this week, in a bid to raise awareness of government cuts to education.

‘Floss4Funding’ is a national campaign with the parent-led campaign group Save Our Schools at the forefront.

I Am Birmingham reporter Laura Sanders spoke to the campaign’s West Midlands co-founders Kate Taylor and Duncan Ali to find out how budget cuts have affected Birmingham and the West Midlands.

Kate said: “[The] West Midlands as a whole are seeing real terms cuts of £155m. This is affecting building repairs, staffing, purchasing of essential resources [and] extra support for the most vulnerable.”

Save Our Schools movements from different cities have joined forces across the country in response to the official figures provided by School Cuts.

The figures show a predicted loss of nearly £50m in Birmingham alone between 2015-2020. This means almost a £300 loss per pupil in the city.

In a survey assessing the impact of real-term funding cuts in Birmingham, SOS West Midlands found that 97% of participants said they had to reduce the money spent on classroom resources including books, IT equipment and sports equipment.

The survey also highlights a cutting crisis with staffing, as 88% have had to cut teaching assistants and 56% are cutting back on teachers.

On Friday, pupils, staff and parents at Holy Trinity CE Primary School in Handsworth danced ‘the floss’ – a popular dance move in which a person repeatedly swings their arms, with clenched fists, from the back of their body to the front, on each side – complimenting a ‘Floss for Funding’ campaign slogan.

The floss dance originates from an Instagram-famous American schoolboy, 16-year-old Russell Horning, known as the backpack kid; and has since become a viral worldwide craze.

Campaigners uploaded their videos onto social media platforms such as Twitter and Facebook, tagging local MPs and using the hashtag #floss4funding.

Kate Taylor told I Am Birmingham that past SOS campaigns had been conducted through picnics, assemblies, rallies and art events; with the aim to “Organise actions that will grab the attention of media and the government”.

She said: “We try to be fun, different and child centred.

“We want to give children a voice in this campaign. This is happening to them, we want to empower them to be able to say ‘Our school needs more money, we are missing out’.”

The Floss4Funding campaign has been the first of its kind to hit the UK, and organisers hope that the campaign will even break a Guinness World Record. For more details, visit: www.saveourschools.uk/floss4funding.

(Visited 464 times, 2 visits today)
https://www.iambirmingham.co.uk/2018/10/21/birmingham-schools-join-floss-dance-craze-protest-education-cuts/https://www.iambirmingham.co.uk/wp-content/uploads/2018/10/Floss4Funding-school-children-Holy-Trinity-CE-Primary-School-b-800x508.pnghttps://www.iambirmingham.co.uk/wp-content/uploads/2018/10/Floss4Funding-school-children-Holy-Trinity-CE-Primary-School-b-300x191.png2018-10-24T13:49:09+00:00Student ReporterActionCommunityEducationNewsPoliticsTrendsVideosYoung peopleB'ham,Birmingham,Brum,BrumFeed,budget,budget cuts,Campaign,Children,dance,dancing,Duncan Ali,Education,Floss,Floss 4 Funding,Floss dance,Floss for Funding,Floss4Funding,funding,funds,government cuts to education,Handsworth,Holy Trinity CE Primary School,I Am Bham,I Am Birmingham,Kate Taylor,Kids,Laura Sanders,news,parents,pupils,Report,Save Our Schools,School,Schools,SOS,SOS West Midlands,students,Teachers,Video,West MidlandsOver fifty schools in Birmingham took to dancing 'the floss' and sharing it on social media this week, in a bid to raise awareness of government cuts to education. ‘Floss4Funding’ is a national campaign with the parent-led campaign group Save Our Schools at the forefront.  I Am Birmingham reporter Laura Sanders spoke to the campaign's...Student ReporterStudent Reporter[email protected]AdministratorI Am Birmingham
« Renowned multi-genre music festival ‘Emulsion’ returns to Birmingham next month
New tech app allows city cops to ‘click and collect’ criminals »