BRUM BUMS: Men from Birmingham get their kit off to mark end of Movember! [NSFW] 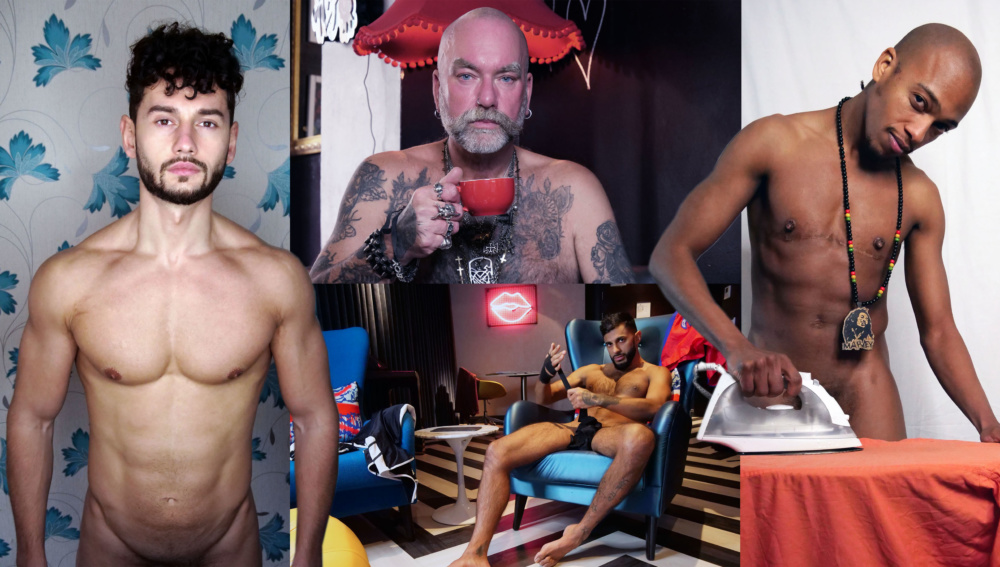 MO BROS from across Birmingham have got their kit off this month to raise awareness for Movember.

As the charity month nears its end, guys of all ages and backgrounds have stripped naked to highlight men’s health, testicular and prostate cancer, and male suicide.

The seven featured men from the West Midlands – including straight, gay, bisexual and transgender participants – are all taking part in Movember to encourage fellow men to bare and share their struggles when it comes to serious health issues.

Movember is an international awareness and money raising initiative, which takes place every November. Its main mission is to stop men dying young, and to encourage them to open up about important issues that may affect their wellbeing.

This includes mental health, which many young and old males find hard to talk about. Movember is an opportunity to encourage greater social interaction, improve quality of life for men fighting prostate and testicular cancer, and help men take action against anxiety, depression and male suicide.

According to the Movember website, a man dies by suicide every minute globally; and in the United Kingdom alone, 75% of suicides are men.

The participants in the Birmingham photo series have either experienced mental health battles or testicular cancer scares, in some cases both, and hope to encourage other men to embrace their bodies, check themselves regularly and openly speak about their health.

“I think Movember is important because it raises awareness for problems strictly associated with males. This is important to reduce the stigma around male health, and allows men to open up more, something usually prevented by machoism, anxiety and ego. Movember allows us to open up the dialogue on testicular cancer and mental health.

“My personal journey with mental health has been at times difficult. When I was younger, I was adamant I wouldn’t get depression or be depressed. I thought ‘How can people be depressed? They have all they need?’

“However, as time progressed, I was someone who was unable to talk about their emotions or feelings and I bottled everything up. Until the bottle was full and erupted.

“Mental health is an issue that can affect anyone and nobody should assume that just because someone looks the way they do or acts the way they do, that they are okay. Sometimes they’re not. Just asking them how they are may be the question that saves their life.”

“My mom killed herself when I was 7 years old, so suicide has had a very large impact on my life. A lot of emphasis in raising awareness tells people who are struggling to look for help. The problem with this mentality is that to many people suffering with mental health issues, this can feel impossible. They don’t reach out because they feel like such a burden; even though to the people who care about them, this couldn’t be further from the truth.

“Toxic masculinity in my opinion is the main cause of male suicide rates being so much higher than female. Too often men are told how they have to act and behave in certain ways to be considered ‘a man’. They’re told that showing your feelings is weak, being vulnerable is weak, being emotional is weak, crying is weak, asking for help is weak, showing you care is weak. Being human in so many basic ways is considered a weakness and that’s wrong.”

“I struggle with anxiety and occasional panic attacks, some may say depression. One of my phrases is ‘I’m peopled out’.

“The photo shoot was very liberating. Seriously, if I can do it, then anyone can. Literally laid bare with nothing to hide. Scars, spots, pimples, and freckles, but it’s also how I felt on the inside too. Nervous to begin with but very positive by the end, like a weight had been lifted somehow. Men should have the support and strength to show who they really are, how and why they’re not coping.

“Generations of men haven’t got the support they need because they’re unable to express their problems. They deserve and need to to get better support dealing with issues like debt, sexuality, and depression.”

“I worked with a guy 25 years ago, who on the outside was a guy that was happy go lucky. We bonded at work very quickly and started hanging out. His partner and young son were lovely. I changed my job after a few months and we weren’t in touch as much. Then I heard that he had driven up to the Heights of Abraham and gassed himself in his car. I wish he could have talked to me but the guy thing probably got in the way. We talked all the time but not talked about serious stuff.

“I had a testicular cancer scare. I felt my left bollock was feeling uncomfortable, I thought it’ll go away on its own in a few days. It didn’t. I put it off and put it off some more. The longer I put it off, the more it was in the background of my mind for at least 18 months. I finally plucked up courage and saw my GP, who was brilliant. I got a scan a couple of weeks later. Fortunately, it wasn’t cancer. Had I continued to put it off. It may have been very different.

“Movember is a fun way of highlighting a potentially life-threatening condition.”

“Alongside prostate cancer, testicular cancer is one of the biggest killers in men. The need to raise awareness is actually extremely high. Men in general fall at the trap of their gender set, where they think they need to ‘Man up’, which acts as a mental blocker for them to talk about issues and or positively act on their problems rather than doing nothing about them.

“I myself have gone through mental challenges. But by confiding to close friends and really grasping the grander perspective of life, I realise that regardless of how bad it seems, it’s never too late to make a change as it could always be worse.

“It’s very important for men to reveal their raw emotions and share the things that might otherwise give them depression or cause them incredible stress. By posing naked for Movember, we’re encouraging men like us to be more open and positive about their bodies, their mental health and anxiety issues.

“This is who we are, there’s no shame about it and we must be comfortable approaching others, but are also hoping others will always check up on us when we’re afraid to say what we’re feeling.”

“It’s very important to remind people that there is more to health than the male body, there is the mind. Unlike the body, we cannot see into the mind, we cannot see if others are having the same experiences as us. So we need awareness where we can.

“More importantly, raising awareness of mental health gives an opportunity to signpost to direct people where advice in building mental muscle can be found. It’s a chance to learn about other people’s story too taking away some of the taboo of men feeling ’emotional’

“It can be argued that the question should not be whether men should lay bare their personal struggles morebut whether anyone is listening when we do? There is a saying I love, ‘look after the boy inside and the man will show up.’”

“Mental and physical health struggles among men are still not discussed as openly as they should be. Many boys and men across the world feel ashamed of revealing their personal battles for fear of being deemed weak or inadequate. Suicide rates amongst men in Britain are disproportionately high in comparison to women, and this sense of shame is partly to blame.

“This series of photographs has allowed a diverse group of men to share a very private and personal part of themselves. It takes a lot of courage to be able to do this. These guys are baring all, not just physically, but also mentally by sharing their first-hand experiences of grappling with important health issues.”