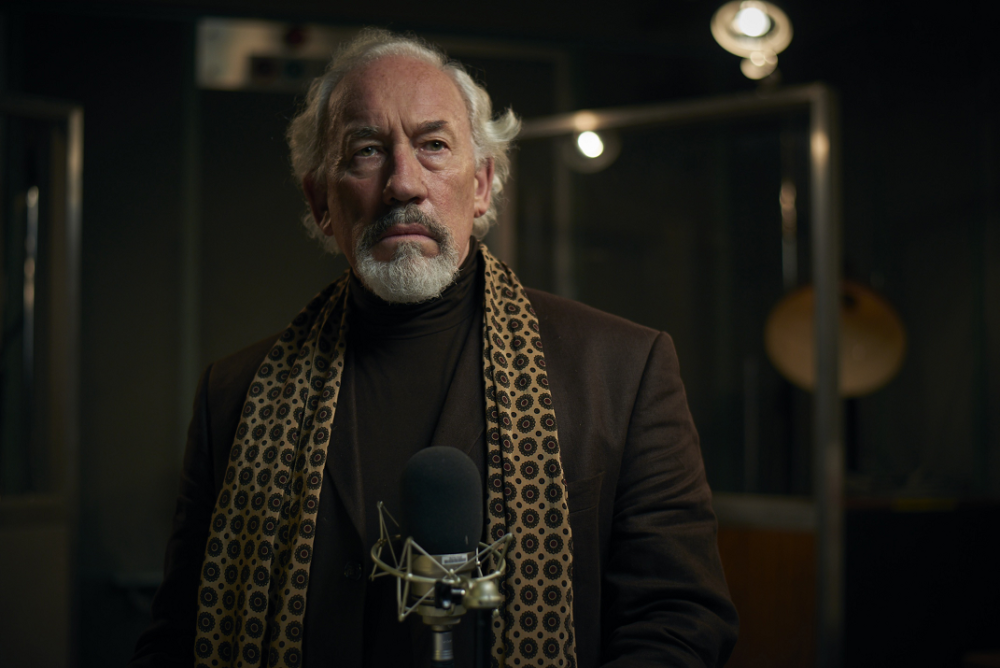 A daring new ghost story hit this year’s Christmas Eve television schedule with a tale about ‘the love that dare not speak its name’. Simon Callow delivers a beautifully nuanced performance under the direction of writer Mark Gatiss.

After an absence of several years ‘A Ghost Story for Christmas’ returns to television during the festive season. This new tale is written and directed by Mark Gatiss who is well known for his fascination for the supernatural stories of M.R. James (1862-1936).

James was a scholar and a writer of ghost stories who would gather a select few of his students and fellow academics around a fireplace in his lodge at King’s College, Cambridge on Christmas Eve and read aloud his ghost stories to them in the gloomy darkness of the room.

Some of these stories were later adapted for television in the 1970s and the strand became known as ‘A Ghost Story for Christmas’. However, the tradition faded with fewer dramas being commissioned. In recent years there has been renewed interest and a few more tales were filmed including new versions of ‘Whistle and I’ll Come to You’ starring John Hurt in 2010, and ‘The Tractate Middoth’ starring Sacha Dhawan in 2013 which was directed by Mark Gatiss.

The story for ‘The Dead Room’ is sparse and lean, mostly shot on a single set, with only four actors. Everything is tightly constructed and nothing is wasted. Gatiss uses every second of the half-hour running time to good effect. In that short running time we come to care for the central character despite his flaws, and we want to remain longer in his company and learn more about him.

There is no mist or fog in this ghost story, no dusty libraries, no creaking floorboards, no spooky ruins of ancient cathedrals, and no hidden secret buried in some long-forgotten book. Most of the things that are commonly associated with ‘A Ghost Story for Christmas’ have been stripped away. What Gatiss retains is the psychological subtext of a central character battling with some inner turmoil that eventually bubbles over.

Gatiss presents the horror of a man in denial. The main character, a man named Aubrey Judd (played by Simon Callow), is the presenter of ghost stories on a radio show. Times have changed, tastes have changed, and technology has changed, but Aubrey Judd steadfastly refuses to buckle and adapt to the changes. His conversation with his producer is sometimes coloured with phrases and words from another era.

In an early scene of the drama Aubrey laments the loss of privacy due to social media. Something has been sacrificed with the rush towards embracing new technology. The sense of mystery and wonder have been eroded, and the audience has become cynical and less appreciative of older stories. They desire something that is immediate, visceral, and more tangible.

Aubrey Judd debates with his producer Tara (played by Anjli Mohindra) that the concept of holding back, showing restraint, and tantalizing the audience with subtle hints have been replaced by cheap shock tactics in modern horror stories. The world that Aubrey Judd once inhabited is literally crumbling away, both externally and internally.

The studio where Aubrey is recording his show is just a hollow shell of its former glory, everything is being peeled away, layer by layer, as the years pass. The studio floor is becoming bare as the furniture and fittings are removed. This is the twilight world of Aubrey Judd. In an added touch of pathos, the drama is filmed at the legendary Maida Vale Studios, built in 1909, which will close down as the BBC moves to a new sound studio in East London.

The melancholy ambiance of the studio, as it lies in a state of being stripped down before the move to a new building, adds a haunting atmosphere that actually ties in with the story of a vanishing past and an uncertain future looming ahead.

Aubrey Judd’s carefully ordered life is becoming unhinged as he records and puts the finishing touches to his last broadcast in a building that was once a second home to him.

The horror in this tale is how a fateful decision in the past has festered in the mind of a man now coming towards the end of his career. He faces the prospect of living his last days alone without the daily routine of work to keep his mind active and, more importantly, distracted from a ghost from his past.

This is essentially a haunting and poignant love story with the spectre of guilt and regret creeping ever closer to the surface of a fractured and tortured mind.

Gatiss leaves multiple visual and audio clues, including some Freudian slips of the tongue, that some may miss on a first viewing. This ghost story is one that will grow richer with repeated viewings. The art design of the production brings out the ache of lost love and haunted memories which are at the heart of the script.

Simon Callow uses his voice to full effect, eating up the words of the manuscript he’s reading for his radio show like a man possessed by some inner demon. He revels in the melodrama and savours the words, lingering over phrases, letting the sounds ring out and cascade around the dark corners of the studio. Gatiss gives Callow the freedom, and the time, to really play with the script that Aubrey Judd is recording for his radio show.

The lighting in this drama is exquisite. Gatiss uses lush golden light for the flashback sequences which contrast vividly with the inky pools of darkness in the radio studio. It is a brave idea to have a ghost story told through the golden haze of summer light glittering seductively across several scenes as a disco track plays over the soundtrack yet it works and brings a wistful edge to the ghost story.

This particular episode of ‘A Ghost Story for Christmas’ breaks away from the ‘traditional’ elements and opts for a more modern approach that taps into the fear and insecurity of old age, forbidden love, and how the paranoia about the loss of privacy in the modern era can return to haunt an individual in a more disturbing way than some supernatural entity.

Having sanity, peace and balance of mind are the things that Aubrey Judd will come to miss by the close of the end credits. His rash decision on a bright summer’s day from his past comes to haunt his fragmented mind in the darkness of a decaying sound studio.

The title of the drama refers to the ‘dead room’ inside a sound studio which is soundproofed against all ambient sounds. Gatiss uses the ‘dead room’ as a metaphor for the way Aubrey Judd has insulated his mind from the thoughts of what happened in the past. He exists in a carefully constructed cocoon where nothing is allowed to disturb his inner peace.

The past is taboo, his love was considered ‘degenerate’ by society, and the consequences of his actions to conceal his passion now return to tear down the carefully insulated layers inside his mind.

This tale may irk some fans of the traditional formula and prerequisites of ‘A Ghost Story for Christmas’ but for those who are willing to go along with the themes that Gatiss is exploring will be rewarded with a crisply filmed and beautifully performed ghost story that has much to say about love, acceptance, and tolerance.