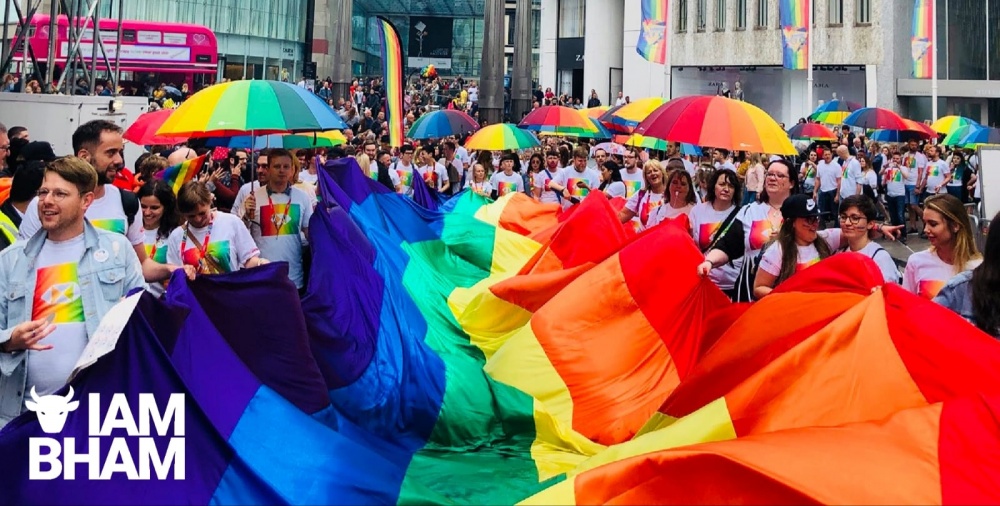 The future of Birmingham's gay quarter hangs in the balance ahead of Birmingham Councils final planning meeting (Photo: Joshua Williams)

After an initial win for Birmingham’s gay scene last year, which saw a delay in the development of new apartment buildings in Kent Street pending a site visit, the future of the city’s iconic quarter is set to rest on one final council meeting.

Over the past year, visitors to Birmingham’s iconic ‘gay quarter’ have noticed extensive construction work taking place around Hurst Street, including in Kent Street, just yards from The Nightingale Club and several neighbouring venues.

Though a recent rejuvenation of the ‘scene’ and nightlife development had been praised by members of the community, the building of several new high rise apartment complexes in the area has been condemned.

According to local business leaders, the major residential developments are of “great concern” as they swallow up several car parks that have typically housed the main stages of Birmingham Pride, and are also limiting land already occupied by LGBTQ+ businesses, by recommending it for further planning permission.

They feel the proximity of new apartments potentially neighbouring established clubs such as The Nightingale, Sidewalk and The Village Inn threatens the future of the scene due to the threat noise complaints will ultimately pose to LGBTQ+ venues.

After hundreds of people turned out to an initial planning meeting at Birmingham Council House in December, business leaders have again called for the public to attend and rally councillors to reject the next planning application.

Taking place on Thursday 7th February at 10am, the meeting is a final chance for community campaigners to prevent more complexes being built, which they feel will threaten the future of the city’s LGBTQ+ scene. However, if the new build proposals are approved, 116 new apartments and 2 commercial units will be given the green light to be built.

With the opposition movement led by The Nightingale Club, they have suggested that individuals unable to attend the meeting can email their objections and thoughts to Birmingham City councillors, quoting planning reference 2018/03004/pa. They stress that this application should be refused.

“I would like to publicly acknowledge the many people supporting The Nightingale Club in its objection to the proposed Kent Street Development.

“The planning committee are visiting the site this coming Thursday [7th February] and letters of support have been provided by fellow business owners and representatives from The LBGTQ community.

“I would like to extend my personal thanks to everyone who is supporting our efforts to ensure the developers take the necessary steps to ensure they carry out the appropriate mitigation to enable the area to be developed but not at the detriment of our community.”

RELATED | OPINION: Is this the erasure of Birmingham’s LGBTQ+ scene?

(Visited 2,009 times, 1 visits today)
https://www.iambirmingham.co.uk/2019/02/05/future-birminghams-gay-scene-rest-one-final-council-meeting/https://www.iambirmingham.co.uk/wp-content/uploads/2018/05/WhatsApp-Image-2018-05-26-at-15.45.37-800x405.jpeghttps://www.iambirmingham.co.uk/wp-content/uploads/2018/05/WhatsApp-Image-2018-05-26-at-15.45.37-300x152.jpeg2019-02-05T02:02:07+00:00Joshua WilliamsBusinessCommunityHistory & HeritageLGBT+apartments,Birmingham,birmingham council,Birmingham Pride,BrumFeed,building works,Car Park,car parks,construction,Development,developments,erasure,gay scene,Gentrification,Hurst Street,I Am Bham,I Am Birmingham,Kent Street,Lawrence Barton,LGBT,LGBT Pride,LGBTQ,nightingale,Nightingale Club,planning meeting,Pride,Sidewalk,the nightingaleAfter an initial win for Birmingham’s gay scene last year, which saw a delay in the development of new apartment buildings in Kent Street pending a site visit, the future of the city’s iconic quarter is set to rest on one final council meeting. Over the past year, visitors to Birmingham’s...Joshua WilliamsJoshua Williams[email protected]AuthorJoshua Williams is the former Mr Birmingham 2015-2017. He is a young ambassador, politics student and mental health and LGBTQ+ rights campaigner.I Am Birmingham
« Birmingham bin strikes back on as Council talks break down
Intruder attacks woman at home, with a knife from her own kitchen »