Brilliant Brummies: Meet Dave Massey, the man behind BrumHour and its 25k followers 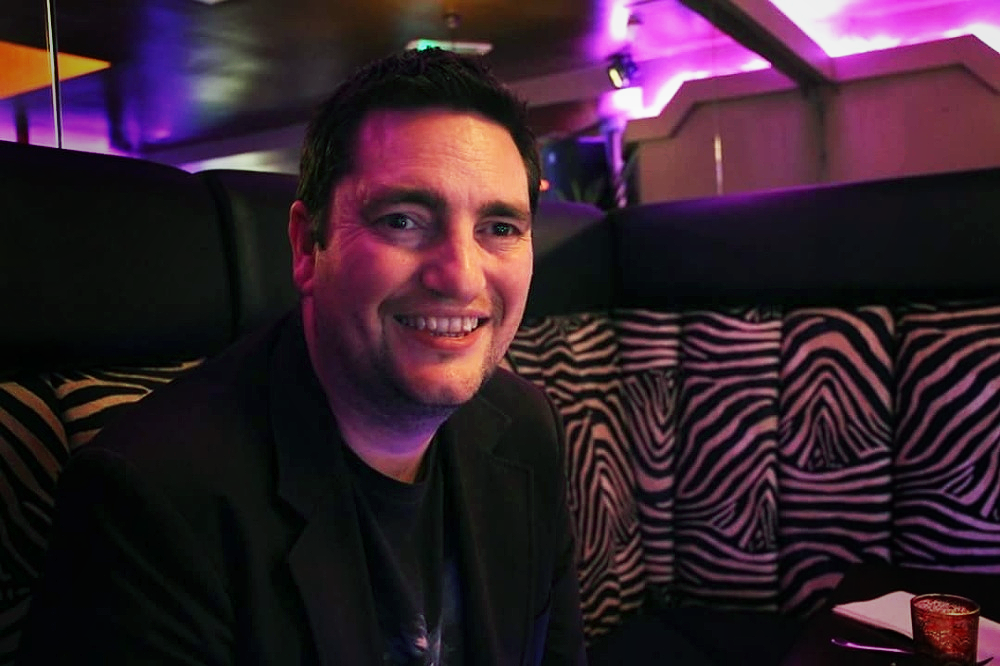 Radio presenter, blogger and proud brummie, Dave Massey is the founder and curator of BrumHour; a community where Birmingham businesses, blogs and freelancers can network. The brand has amassed 25k followers on Twitter.

We caught up with the man behind BrumHour to find out what five years of the online community has brought to Birmingham, and where he plans to take it next.

BrumHour is a business and leisure networking hour on twitter every Sunday night at 8pm. Everyone is invited to share their business or work with the great city of Birmingham. Since 2013, I’ve been proud to champion the city I’ve always loved in a way which wasn’t being done elsewhere: through the individual voices of those taking part.

What inspired you to create BrumHour?

I could see twitter networking hours across the country and first took part in WestMidsHour, but not many of those taking part were actually from Birmingham, so I knew there was a niche within the market to fill out. I’m passionate about Birmingham and over the past five years, this has only grown. I enjoy finding out about new businesses, charities and freelancers as well as exploring venues. It’s also helped me gain short-term social media clients who I’ve worked with over time.

Why do you think this is important for Birmingham?

Our image as a city was dented for many years by perceptions from outside and we are a hardworking city with a lot to offer visitors and residents. I hope we as a network are changing that outdated image.

The people in Birmingham and the work they do are really important to BrumHour’s core values.

Wow 25,000 followers!
Thanks to each and every one of you who has followed and supported #BrumHour by networking with #Birmingham over the past five years.
Don't forget to give this account a follow for a retweet about your business, event or charity. pic.twitter.com/RLAsDJVbbD

I knew I wanted to be really positive about Birmingham and demonstrate using BrumHour what a great city I live in. Marking five years of BrumHour in December 2018 meant I could change my Birmingham Award winning blog into a fully-fledged website. I plan to grow this website even further in 2019 into a space for visitors to learn about Birmingham’s business, leisure and charities.

For small business and freelancers, concern about the next pay check is what keeps people from relaxing on a Sunday night. BrumHour hopefully helps bridge that gap.

What kind of an impact has it had on the city?

Hopefully, it’s given them somewhere to share about themselves on a Sunday night, so they have brand new business contacts on a Monday morning. For small business and freelancers, concern about the next pay check is what keeps people from relaxing on a Sunday night. BrumHour hopefully helps bridge that gap.

Have you considered expanding the blog to other platforms?

Every platform means that the BrumHour product and brand changes shape, its personality becomes different. BrumHour on Instagram is about photographs of venues, street art, theatre and food. On Facebook it is purely about sharing articles and blog posts. If it moved to Youtube, it would become 7 or 8 minute videos showing off the culture of our fantastic city.

Tell us a bit more about you, the man behind BrumHour…

Previously, I trained as a NTCJ journalist before becoming an events planner organising over 100 events and book signings. I work in Birmingham two-three days a week and spend the other two or three days working from home.

In 2015, I was invited by Brum Radio to create a #BrumHour radio show at their Digbeth studio. The Show has 45 editions per year with two guests chatting about how they use social media content to share things about Birmingham. It’s great sharing the work people do to promote their business or charity. Most of the time this is the guests’ first ever radio interview.

The blog came about because the fantastic Ed James had his team invite me to write about dinner at a Birmingham hotel. I’d not even got a blog at this point and wanted to share my experience. Rather than being a critic’s blog or a column, the blog posts are all about the great things you can visit, eat, drink or watch in Birmingham.

How does it feel getting inundated with tweets at 8pm on a Sunday?

I treat Sunday as a regular working day, creating and curating the content to share on #BrumHour through Sunday afternoon. That then prepares me for the rush of tweets at 8pm. Normally there are between 350-500 tweets using the hashtag during that hour and it runs at a fair pace. The tweets I created were seen over 9 million times in 2018.

Thanks for helping #BrumHour trend in #Birmingham tonight. Please add #brumhour to your tweets and introduce yourself to #Birmingham pic.twitter.com/VTcUUJheBo

Do you have any help?

I manage BrumHour myself for at least 48 of the 50 Sundays each year. The other two or three usually have a guest retweeter. Paul Clarke from Digbeth Arts Market did a stellar job covering BrumHour several times in 2018 and Ryan Parish from Geeky Brummie has guest retweeted in previous years.

I’m lucky to have my hardworking theatre bloggers, Julie Wallis and David Fox. Julie has seen over one hundred performances for BrumHour in Birmingham and adores musical theatre, Dave Fox is my “grown up” theatre blogger who visits The RSC or Birmingham Rep and the Patrick Studio at Birmingham Hippodrome for their in-house productions.

It’s my biggest project and I like to give it my full attention.

Have you ever forgotten a BrumHour? Did anybody notice?

Luckily no, I’ve always made sure I’m all set to do the retweets and reply live to any tweets needed. It’s my biggest project and I like to give it my full attention.

Where’s the strangest place you’ve been on a Sunday at BrumHour time?

I’ve been in Finland, Washington DC, Scotland and Cornwall during different BrumHour’s over the years. I’ve also run BrumHour from the 24th Floor of the Cube in Birmingham during a blogger hotel stay and from a Fashion Show at the Burlington Hotel by Birmingham New Street Station. Mostly, I prefer the comfort of my own sofa in south Birmingham with the TV on as background sound.

What has doing this taught you about Brummies?

I already knew a lot about the people of Birmingham, but I didn’t realise how closely knit each community was and the crossovers between communities. Quite a lot of the time we are a city that thinks it is a town, and sometimes we just have to remember what a diverse, creative, hardworking community we have around us. There are some brilliant unique businesses and people in our great city.

What are you asked most during BrumHour?

I think most people presume I just retweet anything and that it’s a “chat” hour. When it’s mainly a tool for small businesses, freelancers and charities. I try to avoid sharing political comment, outlandish claims and people that just say “my thing is the absolute best”.

We are lucky enough to have such a vast amount of great businesses to share about already in Birmingham and those outside of Birmingham that want to connect with us, that it makes me believe BrumHour will be around for quite some time to come.

(Visited 1,000 times, 1 visits today)
https://www.iambirmingham.co.uk/2019/02/08/brilliant-brummies-meet-dave-massey-brumhour-blogger/https://www.iambirmingham.co.uk/wp-content/uploads/2019/02/Dave-Massey-founder-of-BrumHour-800x533.pnghttps://www.iambirmingham.co.uk/wp-content/uploads/2019/02/Dave-Massey-founder-of-BrumHour-300x200.png2019-02-09T21:01:05+00:00Laura SandersBrilliant BrummiesBrumFeedBusinessCommunityInterviewsMediaSocialTech#BrilliantBrum,#BrilliantBrummies,B'ham,Birmingham,Birmingham Awards,Blog,blogger,brand,Brilliant Brum,Brilliant Brummies,Brum,BrumFeed,BrumHour,Brummie,Brummies,Brummy,business,community,Dave Massey,Facebook,freelance,I Am Bham,I Am Birmingham,Instagram,Midlands,Networking,online community,social netowkring,Twitter,West MidlandsRadio presenter, blogger and proud brummie, Dave Massey is the founder and curator of BrumHour; a community where Birmingham businesses, blogs and freelancers can network. The brand has amassed 25k followers on Twitter. We caught up with the man behind BrumHour to find out what five years of the online community has brought to Birmingham, and...Laura SandersLaura Sanders[email protected]ContributorI Am Birmingham
« Owen Smith MP considers quitting Labour, despite previously declaring ‘There’s no alternative outside the party’
Ambitious new investment plans to push cycling infrastructure in the West Midlands launched »