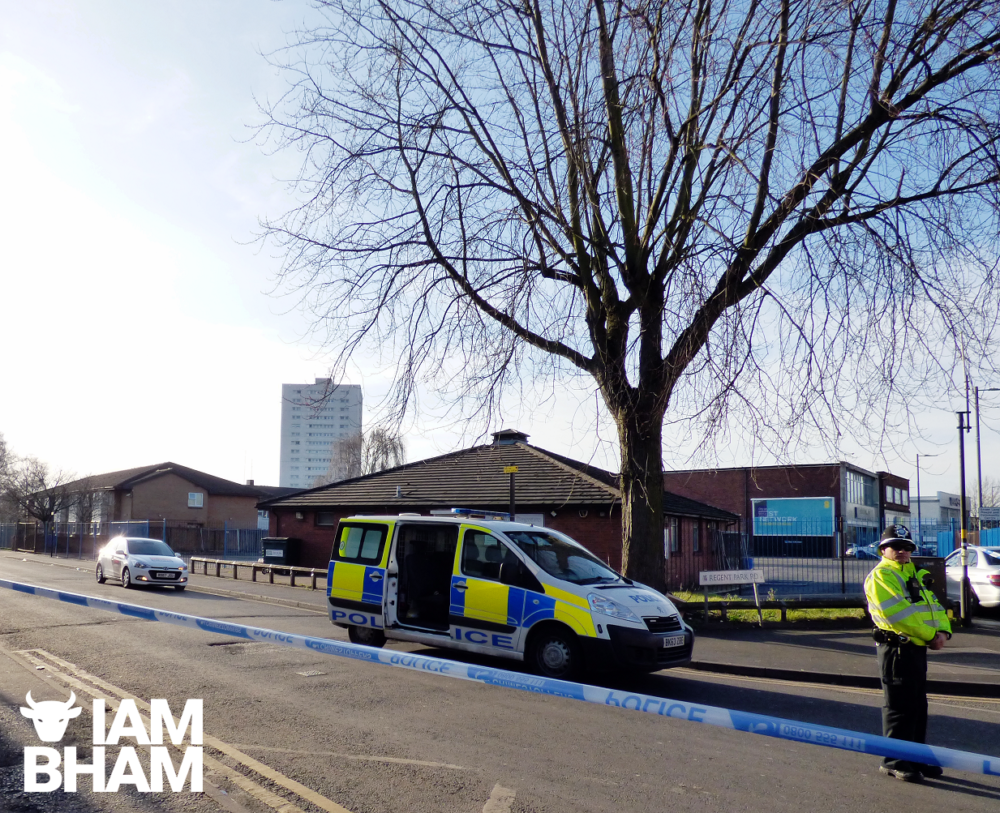 Police launch an investigation after a teenager is stabbed to death in Small Heath, Birmingham (Photo: Rangzeb Hussain)

Only days after the fatal stabbing outside Joseph Chamberlain College last week, there was another stabbing last night in Birmingham that left a teenager dead in Small Heath.

Detectives have launched a murder investigation after a teenager was discovered with fatal injuries in Birmingham last night (20 February).

Officers were called to Herbert Road, in the Small Heath area of the city, at around 8pm.

A 16-year-old boy was found critically injured having suffered stab wounds. Despite the best efforts of medics to save him, he was pronounced dead at the scene.

A 15-year-old boy who was assaulted and suffered minor injuries was also treated at the scene.

Local resident Aakil Khan took to social media to share what he saw as he drove past the scene of the crime not long after the attack took place last night:

He wrote on Facebook: “Drove past Sara Park around 8pm, seen the paramedics resuscitating someone.”

A cordon has been put in place while enquiries are carried out in the area. Sections of Herbert Road, Bolton Road, Regent Park Road, and Chapman Road were today sectioned off to traffic and pedestrians.

“The investigation is in its early stages and we are keen to hear from anyone who was in Herbert Road or Sara park at just before 8pm last night.

“A teenager has sadly lost his life and another was assaulted, we are working hard to establish the circumstances around what happened.”

Groups of people could be seen on several street corners talking in hushed tones about the incident as police carried out house-to-house enquiries in the area.

Several families with children who are on their half-term holidays were turned away by police officers as they tried to enter Sara Park this afternoon.

The police appeared to be reluctant to provide any details to the families as to why the park remained closed.

Local residents are shocked following this recent incident so soon after the tragic stabbing that took place outside Joseph Chamberlain College last week.

There was another knife crime that occurred just a street away from last night’s murder on Tuesday night, with the victim collapsing opposite Chapman Road. The aftermath of that attack was captured by CCTV footage from a local diner.

This afternoon there was a forensics team and several police officers combing the streets around the scene of the crime in search of evidence.

West Midlands Police issued the following message via Twitter tonight which stated that Section 60 powers will be in operation:

Anyone who has any information relating to this crime are requested to contact West Midlands Police via Live Chat at west-midlands.police.uk between 8am to midnight, call 101 anytime or contact Crimestoppers anonymously on 0800 555 111. Quote log number 2202 of 20/2/19.