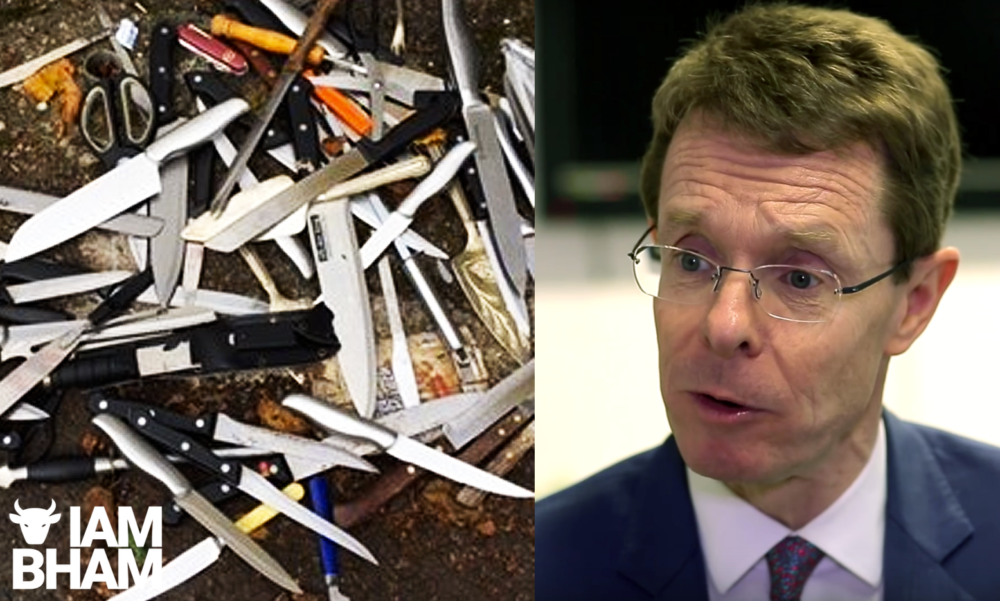 West Midlands mayor Andy Street has joined a chorus of voices concerned about the sudden surge in knife crime in Birmingham this month, describing the recent spate of attacks as “tragic”.

In a statement following several deaths from knife attacks, the mayor said the stabbings were “unacceptable” and “unprecedented”.

Birmingham has been rocked by a wave of brutal knife crimes during the month of February, that have left three teenagers dead and several people in hospital with serious injuries.

The city is in shock as casualties continue to increase, with seemingly random knife attacks taking place within days of each other, and everywhere from a college campus and near a gym to a charity shop and outside a university.

While knife crime has been unusually high in the city these past few weeks, affecting a number of victims including three this week already, there has been a disturbing pattern of attacks targeting teenagers.

Last month, police officers in the city were given metal-detecting “knife wands” in an attempt to tackle knife crime, after it was revealed West Midlands had recorded the highest number of knife offences outside London.Figures showed there were 65 per 100,000 of the population.

Eighty officers were equipped with the scanners to search people suspected of carrying weapons.

RELATED | February: Public outcry as a month of teenage stabbings rages across Birmingham

“In the last few days and weeks we have all been horrified by the tragic murders of young people on our streets. It is an awful situation and I send my sympathy to the families and friends of everyone affected. This situation is totally unacceptable and unprecedented in its seriousness. It must be tackled.

“I firmly believe an issue of this importance transcends the political divide and that everyone will want to play their part in working to protect our residents and young people in particular.

“That is why I have made an open offer to the Police and Crime Commissioner to work with him and others with the stated aim of stepping up our efforts to tackle knife crime in the West Midlands.

“Whilst responsibility for law enforcement lies with the PCC and West Midlands Police, on an issue of this seriousness it is incumbent on everyone who can play a part in tackling it to do so. For example, we must make sure that young people have the opportunities to succeed in life and avoid being drawn into violence and other criminal activities.

“We must make it clear that we do not want to be a society where people feel it is acceptable to carry knives. And our response must be centred around those communities that bear the brunt of violent crime.

“I hope our whole region will unite together to tackle this appalling and unacceptable situation.”

West Midlands Police are investigating the increased number of violent attacks this month, and are asking anyone with useful or vital information to come forward.

“We need the support of local communities to stop this violence. It is not a job the police can do alone and they can’t simply arrest their way out of this problem.”

Anyone who has any information relating to any of the crimes mentioned above are requested to contact West Midlands Police via Live Chat at west-midlands.police.uk between 8am to midnight, call 101 anytime or contact Crimestoppers anonymously on 0800 555 111.