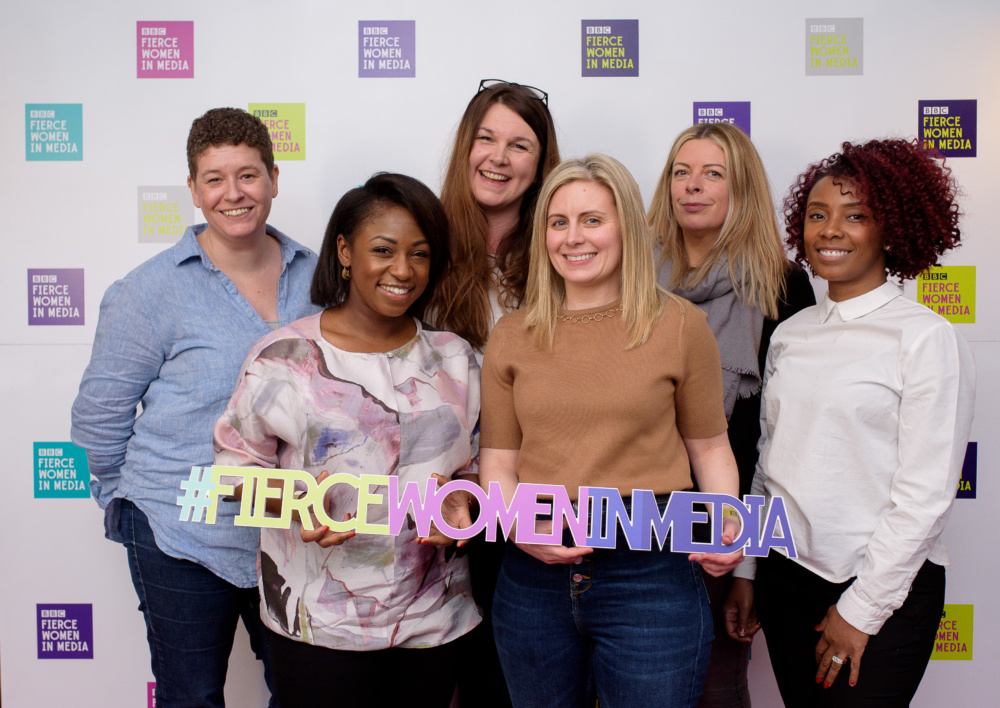 Female media professionals from across the region came together to take part in the International Women's Day inspired BBC event (Photo: BBC)

The BBC has been celebrating women in the media for a special public event to coincide with International Women’s Day.

Fierce Women, a day-long event with masterclasses, top tips, and Q&A sessions, was held at the Glee Club in Birmingham.

The event hosted a variety of women from the industry ranging from  BBC Digital Exec Editor, Eileen Murphy, Journalist and Author, Polly Vernon, Creative Director of Full Fat TV, Colette Foster, and more, giving an insight of what they do, how they got there, advice, and the routes aspiring young creatives could take.

The day ended with an exclusive screening of new BBC Three series Glow Up: Britain’s Next Make-Up Star, a show where aspiring make-up artists compete to win a business contract.

One of the final sessions, before the screening, was about women dominating the news agenda, where the panelists spoke about the role women play in the news and how the BBC believes what’s shown on TV needs to reflect its audience, moving away from the ‘pale, male and stale’ idea that once dominated the screens.

But now through a new program called 50/50, in which they give voices of different people a chance to tell the stories, the BBC hopes this will reflect their audience better.

During the Q&A sessions, several topics were bought up including the changes the industry has gone through the difficulties the panellists have faced.

“I love my job I really do, but I have been in lots of situations where being in a minority in terms of being a woman and a black woman is something I’ve been made conscious of.

“The worst being threatened for ‘getting in the way’ of a male photographer in a press scrum where 10 of us were all trying to get the same set of photos. Would some of these things have happened to a male or in some situations a white female?

“Who knows for sure, but you have to learn to be pretty assertive quickly or you will just get pushed around and not get the shots you need.”

The panellists talked about the positives of how the media has evolved and how women have climbed higher in ranks.

“When I first started out in news, it was a bit different, because I’m a little bit of an older generation. I think it was more unusual then to see female editors outside of specific kind of content areas, whether that was features or lifestyle, they were there, there were editors in national newspapers, but they were more a minority,

“Now, in my department alone, we are 60/40  in terms of female leaders, I’ve seen that change and female editors are not unusual anymore.”

One of the main drives of the session was to give the audience a chance to ask questions to the panellists so they can get a better idea of what it’s like to work in new and the obstacles they’ve overcome.

The audience asked questions both through a mic being passed around and live tweets being sent through, using the hashtag #FierceWomeninMedia.

“It’s nice to know woman seem to have control in the workforce nowadays. Sure there may be times where women have to be tougher in some areas of their jobs, but at least we as women can now have an equal say with both genders.”