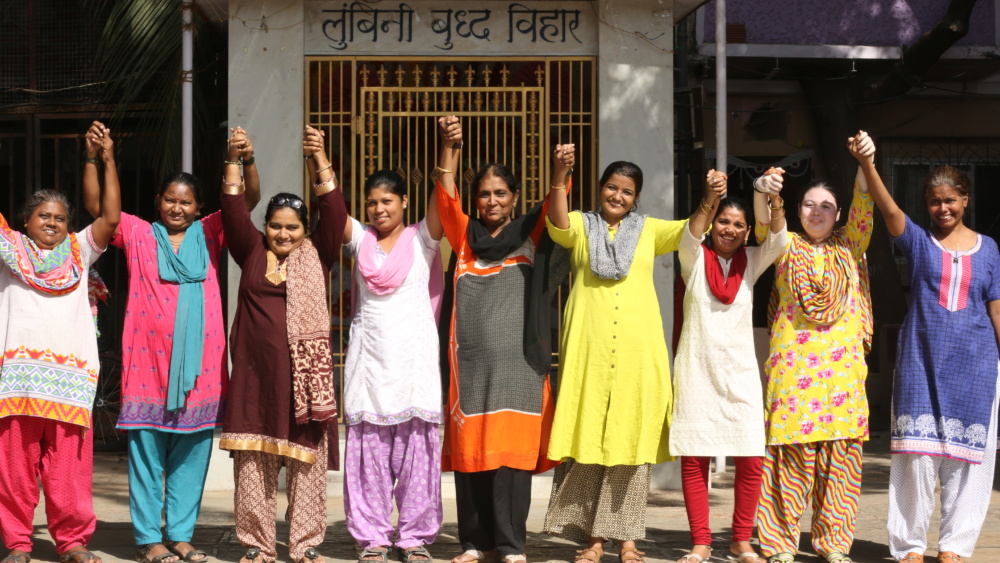 The ‘Yellow Wednesdays‘ monthly film screenings in Digbeth are making a return following a brief hiatus since last year, and their first film of the year is 3 Seconds Divorce, a groundbreaking movie that not only dispels some of the myths around Islamic divorce but demonstrates the dedication and will power of one woman to create change for her community and Muslim women in India.

The screening will be followed by a panel discussion, with guests Shazia Javed and Dr Amra Bone, on hand to answer questions about the film and its subject matter and engage in an in-depth discussion about the themes of the film.

The English-language Indo-Canadian feature presetation explores a Sharia practice allows muslim men to divorce their wives by simply saying the word ‘divorce’ three times in one go. Commonly called triple-talaq or triple-divorce, this instant, oral divorce can only be given by men. In India, Muslim women have been fighting an arduous battle to get this practice legally abolished. This is their story.

Divorce. Lubna’s husband said this one word, three times and threw her out the house along with their infant son. As per the prevailing sharia practice of triple or oral divorce, this divorce was legal and final, endorsed not only by faith leaders but also accepted by India’s civil courts.

In order to return to her husband, Lubna was asked to undergo ‘halala’. Halala is a tradition that requires the divorced woman to marry another man, let him ‘consummate the marriage’ and then he has to divorce her before she can remarry her original husband.

3 Seconds Divorce tells Lubna’s story as she reels under the effects of triple-divorce and finds her way into Bharatiya Muslim Mahila Andolan, an Indian muslim women’s group advocating for a legal ban on this type of divorce. However, Muslim faith leaders in power are adamant and accuse the Muslim women of pandering to the agenda of the Hindu right wing.

Under resourced and outnumbered, the women continue the struggle against all odds and celebrate small victories. Shot over three years, the documentary provides an intimate account of Lubna’s struggles and also gives us behind- the-scenes access to the movement that led to a ban on instant, oral, divorce in India.

Who’s on the panel?

Shazia Javed is an award-winning, Indo-Canadian filmmaker and a community artist. She is also the founder and CEO at LifeSketch Media Inc, a full -service media production company based in Mississauga. Her films have been broadcast internationally and screened at prestigious film-festivals including Hot Docs, DOXA, Durban International, and MIFF. Shazia’s work centres on underrepresented perspectives from the various communities that she is a part of and her films are being continually used by grassroots organisations to create dialogue for social change.

Shazia’s projects have been supported by National Film Board of Canada, Ontario Arts Council, Edmonton Arts Council and Doordarshan. Her work has been featured on CBC National, Omni TV, Huffington Post, Radio-Canada International, Mississauga News and Times of India. She is listed among 11 outstanding filmmakers to look out for in Our Front’s 2018 issue. Her latest documentary, ‘3 Seconds Divorce’ made its broadcast premiere on ORF and recently won the Audience Choice Award at ReelWorld Film Festival in Toronto. Shazia has a Masters in Film from York University and enjoys teaching filmmaking workshops in community settings.

Dr Amra Bone is an Advisor, Consultant and Lecturer in Education, Chaplaincy, Gender and Islam. Her specialisms include Islamic Law, Theology, Qur’anic Exegesis and Reason and Revelation. She has worked as a Lecturer at several Universities including University of Warwick and Birmingham and recently offering her services to OCR. She is presently a visiting lecturer for Cambridge Muslim College. She has also worked as a Chaplain at Universities of Warwick and Bristol.

She has always stood up for ‘gender justice’ educating women to take their rightful place in society and is the first female Shariah Council Scholar/ Judge in the UK helping women to come out of difficult and abusive marriages. She has also been a teacher of Mathematics, English and RE and a secondary school Headteacher.

Amra has presented in interfaith conferences at home and abroad- Britain, Germany and Jerusalem. She has been a member of various advisory boards including the National Muslim Women’s Advisory Group and the Birmingham City Council Trojan Horse Enquiry and has advised on a number of government reports. She has appeared in many television documentaries, debates and interviews etc. including Inside Out, Celebrity Lives Shariah Style, The Big Question, ITV-Good Morning Britain Radio 4-Beyond Belief and 4thoughtTV, She has also appeared on a number British Muslim Channels -British Muslim TV,Islam Channel, Iqra TV and Noor TV. Amra was involved in local and national activities including the West Midlands Faith Forum (Executive member), The Christian-Muslim Forum, Coventry City Circle(Chair) and Bristol Multi-faith Forum, working to promote community cohesion through education and dialogue.

Dr Sabena Jameel is a Constructivist Educator, Associate Dean in GP Education and a GP with particular interest in metacognitive aspects of learning and tacit knowledge. She enjoys delivering sessions on reflective practice, communication skills, compassion and self-awareness and aspires to look into the merits of character education and professional virtues. Sabena has a PhD in Medical Wisdom/Phronesis and loves learning (and translating that into understandable and enjoyable teaching sessions).

What is Yellow Wednesdays?

“As the golden sunlight from a warm Brummie sunset glistens through the windows of Impact Hub Birmingham, members and guests alike close the lids of laptops and breathe a sigh of relief as another day of world changing activities comes to a close. Meanwhile, a laptop lid is opened, coffee is poured and seats are dragged into a seating arrangement fit for the kings, queens and all those in between, ready to consume another evening of spectacular film programming.”

That’s how organisers describe Yellow Wednesdays, which brings a mix of cinema, from the submissions of local Brummie individuals and companies; through to the more Cannes Film Festival less Odeon multiplex, captivating stories from all other the world. The once-a-month event aims to bring a rich and diverse programme of films to fill your year, and you can catch it all at Impact Hub Birmingham in Digbeth.

Yellow Wednesdays was originally founded by Hub member Paul Stringer, and last year held a full weekend film festival too. The relaunch of the event is now run by the wider Impact Hub team.

Tickets are free for Impact Hub Birmingham members and start from £5 for non members (you can also purchase 2 tickets for £6). Book your tickets here via Eventbrite. Doors open at 6.30pm and the film starts at 7pm.

There will be a post screening panel discussion with Shazia Javed, the film maker and Dr Amra Bone, who is the first female judge on the Shariah Council. The discussion will be chaired by Dr Sabena Jameel.

Watch the trailer for 3 Seconds Divorce:

The screening of 3 Seconds Divorce takes place at Impact Birmingham on Wednesday 20th March at 7pm. For tickets, click here.

(Visited 201 times, 1 visits today)
https://www.iambirmingham.co.uk/2019/03/12/brum-film-gathering-yellow-wednesdays-returns-with-screening-of-3-seconds-divorce/https://www.iambirmingham.co.uk/wp-content/uploads/2019/03/3-seconds-divorce-film-05-800x450.jpghttps://www.iambirmingham.co.uk/wp-content/uploads/2019/03/3-seconds-divorce-film-05-300x169.jpg2019-03-12T13:31:32+00:00Nikki BiCommunityEntertainmentEventsFaithFilmNewsWhat's OnWomxnWorldFilmThe 'Yellow Wednesdays' monthly film screenings in Digbeth are making a return following a brief hiatus since last year, and their first film of the year is 3 Seconds Divorce, a groundbreaking movie that not only dispels some of the myths around Islamic divorce but demonstrates the dedication and will power of...Nikki BiNikki Bi[email protected]ContributorI Am Birmingham
« Villa midfielder Jack Grealish punched in head by BCFC fan, then kicked by steward
Christchurch massacre: British mosque calls for solidarity as several vigils planned for victims »