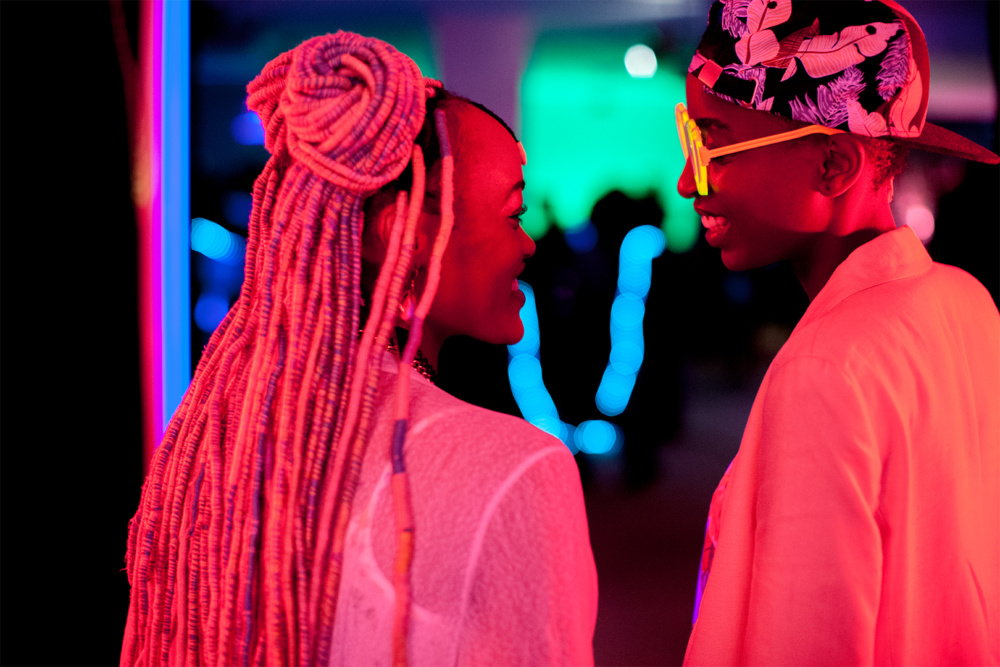 Adapted from a Ugandan short story, Rafiki is about two women that dream of a life beyond the stifling confines of their conservative Nairobi neighbourhood

Birmingham is getting its first ever LGBTQ film festival next week that promises an incredible line up of films, panels and events across two days taking place from the 22nd until the 24th of March.

CineQ Queer Film Festival will put the focus on new stories, and QTIPOC (Queer Trans and Intersex People of Colour) perspectives, while introducing ‘New Queer Cinema’ a type of queer cinema often overlooked and showcase some of the best underrepresented LGBTQ film both past and present.

After the film festival, CineQ will specially curate a selection of queer films representative of the LGBTQ community which will tour cinemas, film festivals and film societies in the region in order to grow the appetites of LGBTQ cinema lovers in the Midlands.

“Queer cinema has often been a blind spot in the region’s best independent and multiplex cinemas. Not to say that there isn’t an offer, Love, Simon, Call Me By Your Name and God’s Own Country were notable successes in recent years, but there’s a plethora of films from a variety of perspectives that are being made, but just not shown in cinemas.

“Often the only places to watch queer films are streaming services, we want to change that by bringing audiences across Birmingham and the Midlands, more opportunities to see these brilliant titles on the big screen.”

CineQ was previously operating as a community cinema supported by Flatpack Projects. They’ve screened many titles such as The Wound, Closet Monster, and Check It as well as short film programmes at Centrala Art Gallery and Cafe, Mockingbird Cinema and Kitchen, and Flatpack Film Festival.

CineQ has also worked with cinemas outside of Birmingham such as Phoenix Cinema in Leicester and was recently awarded a commendation by Cinema for All, Britain’s leading authority for community cinemas and film societies.