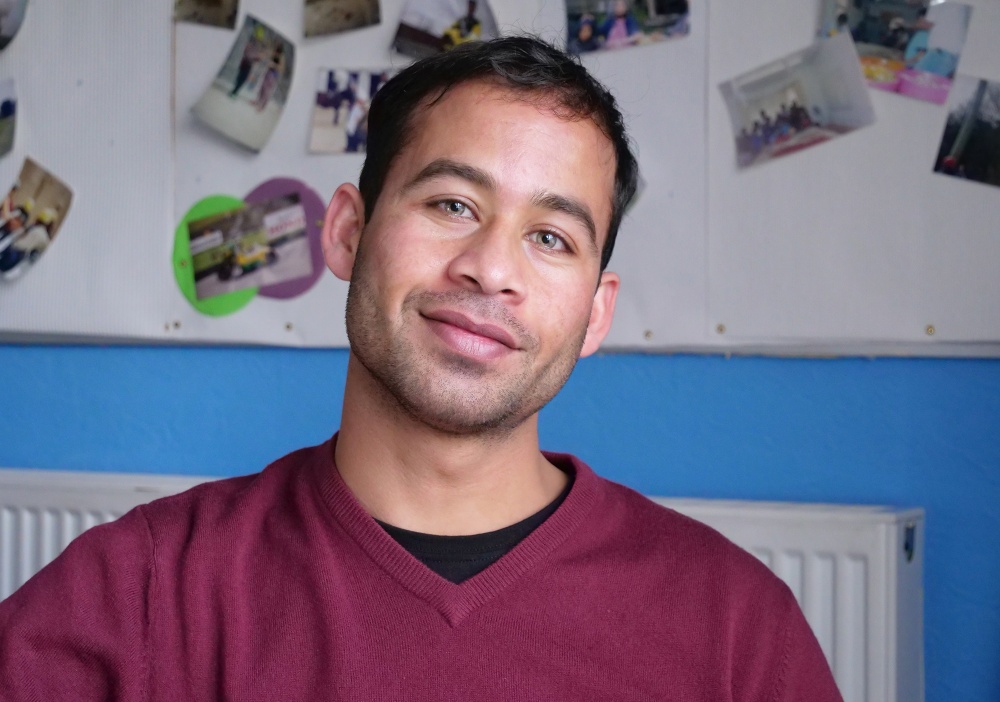 Nas Popalzai from Birmingham has been granted refugee status in the UK and wants to help others raise awareness about their campaigns (Photo: Adam Yosef)

A young man from Birmingham who spent the last ten years fighting for his right to stay in Britain, after fleeing war and persecution in Afghanistan, will be delivering a workshop on how to use media skills to raise awareness about the struggles affecting migrants and refugees.

Nas Popalzai has spent nearly a decade fighting to stay in the UK after fleeing war in Afghanistan as a 14-year-old child refugee. Arriving in Britain as a minor, he’s been trying to win the right to stay here permanently for the past ten years.

Nas was raised in the village of Tezak in Afghanistan and remembers his father being kidnapped for refusing to join the Taliban, and recalls his brother and sister being killed by militia. With the fear of losing Nas too, his mother paid a trafficker to help him escape, while she remained behind to an uncertain future. The then teenager made it to the UK.

Despite attending school and college in Birmingham, and converting to Christianity, the government had denied him the right to stay. Fearing that he would be persecuted or possibly killed if sent back to the South-Central Asian country, a ‘Nas Must Stay‘ campaign was launched, attracting over 11,000 signatures on change.org.

While his status hung in the balance, Nas told journalists:  “I call Birmingham my home because I grew up here, I’ve been here a long time. I’m heartbroken. After 10 years, I have to go back to where I came, my family was destroyed, my house, and now I have to go back. I can’t believe it. It’s just not right.”

Last year he decided to collectivise his struggle and get the community involved. In January, he was finally given refugee status, much to the delight of those who have been campaigning tirelessly with him.

The 23-year-old now wants to share campaign skills to help other migrants, refugees and asylum seekers advocate for their own rights and build their own successful campaign using media skills.

Working with several organisations including Brushstrokes and Migrant Voice, the ‘Nas Must Stay’ campaign was featured on mainstream news outlets including ITV News and BBC Inside Out London.

Nas aims to use the Migrant Voice led event this weekend to share his experiences of his successful campaign strategy as well as developing ideas for new media campaigns relating to the high cost of visa fees, and other important issues affecting migrant communities from starting a petition and getting community involvement to making videos, speaking to journalists and producing leaflets.

The free Media Training event with Nas Popalzai takes place at The Moseley Exchange in Birmingham on Sunday 28th April from 2pm-4pm, and will run in conjunction with the ‘Children in Movement exhibition’ at the venue. For more information, click here.