Over 80,000 set to back ‘No Outsiders’ at Birmingham Pride tomorrow! 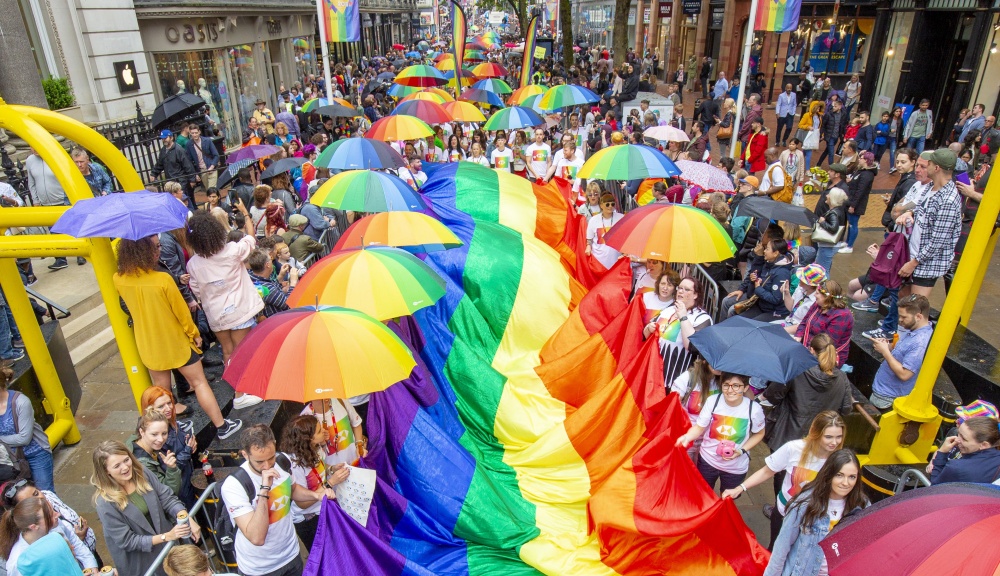 Thousands of people are set to march through the streets of Birmingham this Saturday (25 May) to show their support for the ‘No Outsiders’ educational programme.

The parade will be led by the programme’s creator, Andrew Moffat, together with the largest Muslim contingent ever seen at Birmingham Pride, supported by HSBC. Organisers feel certain it will be the biggest Pride Parade in the event’s 22-year history.

Over 150 LGBTQ+ organisations and more than 5,000 people are taking part in the Parade, with around 75,000 spectators expected to line the procession’s route to endorse ‘No Outsiders’. The participants will set off from Victoria Square at 12 noon and make their way through the city centre to the gay village.

Birmingham Pride, the UK’s biggest two-day LGBTQ festival, is this year giving its total backing to the ‘No Outsiders’ initiative in schools. ‘No Outsiders’ teaches children about equality, and is currently under threat from protesters demonstrating outside Birmingham schools. The row has been widely reported in the national media. One of the affected schools, Anderton Park in Balsall Heath, has announced that it will close early today amid fears of a ‘mass protest’ being organised outside its gates.

The man behind ‘No Outsiders’, Andrew Moffat MBE – the assistant head at another under-siege local school, Parkfield Community School in Saltley – will lead the Pride Parade. Andrew will be joined by a number of prominent local LGBTQ Muslims in a show of solidarity and support for ‘No Outsiders’. These will include Saima Razzaq, a Pakistani lesbian Muslim, and Khakan Qureshi, who runs Finding A Voice – a social support group for South Asian LGBT+ communities in Birmingham.

Among the groups that will lead the Parade with Andrew are IMAAN LGBTQI Muslim Support, Finding A Voice, Naz & Matt Foundation, and SEEDS (Supporting Education of Equality and Diversity in Schools).

Commenting on Saturday’s Parade, Pride Festival Director Lawrence Barton said: “We totally support the ‘No Outsiders’ initiative in schools. Relationship lessons are essential to reflect our entire diverse community in Birmingham, and to ensure that no child feels left out and isolated. We’re delighted that Andrew Moffat and the event’s largest-ever Muslim contingent will lead the Pride Parade. We are united in our desire to show that the LGBTQ and Muslim communities stand shoulder to shoulder in solidarity.”

After the parade, tens of thousands of party revellers are set to descend on the Birmingham Pride festival to enjoy a bumper weekend of entertainment in a friendly and inclusive party atmosphere. Headliners on the event’s Main Stage are Years & Years and The Human League.

Mr Barton continued: “The entire Birmingham Pride team are absolutely buzzing about this year’s festival. We’ve got a fantastic line-up, so we’re certain it’s going to be an amazing event!”

Tickets for the two-day festival, which is located in Birmingham’s Gay Village, are available online at www.birminghampride.com