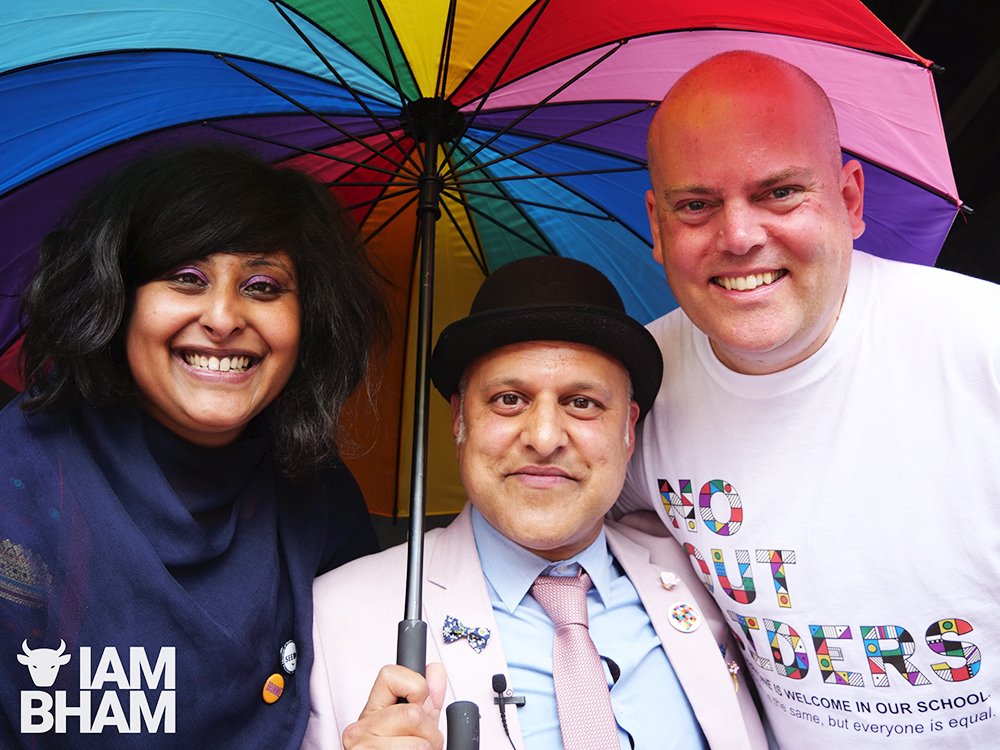 Birmingham Pride this year is all about diversity – especially for representing people of colour and other ethnic minorities in Birmingham.

They were joined by various Muslim groups from across the country, including Imaan LGBTQI and the Matt and Naz Foundation, alongside organisations represrnitng LGBT+ South Asians and queer people of colour (QPOC).

The solidarity comes in the face of demonstrations that have been held across primary schools in Birmingham over Moffat’s ‘No Outsiders’ programme. The teaching materials came under fire this year by parents who felt teaching LGBT+ equality wasn’t age appropriate for primary school children.

Parkfield Community School’s assistant head Andrew Moffat maintains the aim of the initiative educating children to accept differences in society. Mr Moffat, and the school, have consistently defended the programme, which they said had been fully explained to parents.

Despite the controversy of these protests, LGBT+ groups and their allies were out in full force over Pride, celebrating inclusiveness and identity while challenging homophobia, Islamophobia, transphobia, racism and hate.

#2  A woman waving a Palestinian flag at Birmingham Pride

#7  The Imaan crew in Birmingham for Pride