Anti-LGBT education protesters banned from demonstrating outside school, but vow to continue 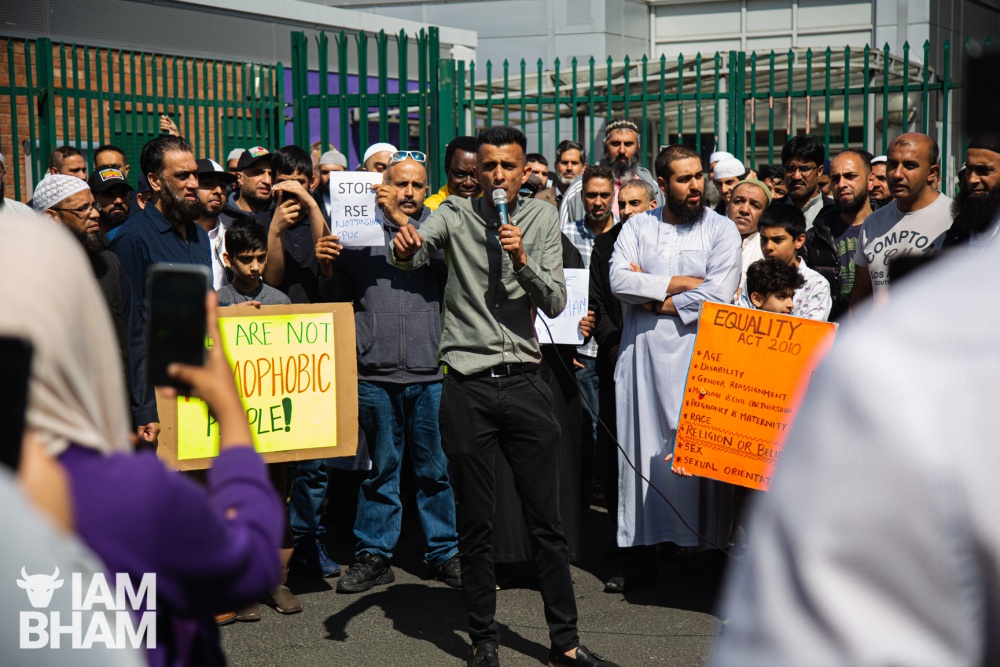 Protesters who have been demonstrating against LGBT+ education at Anderton Park Primary School in Birmingham have been banned,  by a High Court injunction, from gathering outside the school’s gates.

The legal action was pursued by Birmingham City Council following months of demonstrations outside the school in Balsall Heath.

The protests causes the school to close early before half-term, and several parents and teachers have accused protesters of disrupting the education of children attending the school.

Following an increasing number of people attending the protests from outside the city, as well as many who have no links to the school, the council sought the urgent injunction, stating the risk to children became “too serious to tolerate” and that the behaviour of demonstrators was “increasingly unacceptable”.

Several protesters were captured by news media displaying offensive banners such as ‘Adam and Eve, not Adam and Steve’, while others made openly homophobic comments on camera, describing LGBT people as “disgusting”.

Protesters were only aware of the High Court application after it had been granted. The injunction will remain in place until 10th June. After this date, parties against the Equality Act teachings will be given the opportunity to make their case in front of a judge.

The exclusion zone covers the streets around the school, including Dennis Road, Taunton Road, Yardley Lane and Birchwood Road. But protesters have vowed to continue protesting just immediately outside of this restricted zone.

Council leader Ian Ward said: “Common sense has prevailed. Children right across Birmingham should be free to attend school safely and without disruption.”

Ward went on to welcome “constructive dialogue” with the school, which was echoed by Nazir Afzal, a former chief prosecutor for the north-west of England, who was brought in to help mediate the situation. Afzal felt the parents were being “manipulated” but insisted continued mediation was the way forward.

Birmingham Yardley MP Jess Phillips, who had recently locked horns with a protester outside the school, said the council had “done the right thing for the children. It’s just a shame it has come to this thanks to the bigotry of a few.”

The protests outside Anderton Park Primary School began earlier this year, not long after similar protests outside Parkfield Community School, stemming from concerns that children were “too young” to learn about LGBT relationships, a part of the Equality Act 2010, which focuses on teaching children about the anti-discrimination law.

You CANNOT silence people who speaking & demanding there RIGHTS We will Challenge all & every injunctions that are issues against us. Press conference will be arranged for Monday 3rd June 2019 details will follow @SkyNews @birmingham_live @DrSalmanButt @DillyHussain88 @Presstvuk pic.twitter.com/uEHMkRzJz5

Leading protester Shakeel Afsar, who has no children at the school, wrote online that he will be challenging the injunction:

“You cannot silence people who speaking and demanding there rights. We will challenge all and every injunctions that are issues against us.

“I will stress to parents – don’t back down. If you feel you are right, invoke your democratic rights.”

The injunction forbids organising or encouraging demonstrations and printing or distributing leaflets, placing those in breach subject to arrest. It also prohibits posting offensive or abusive messages on social media about members of staff at the school in relation to equalities teachings.