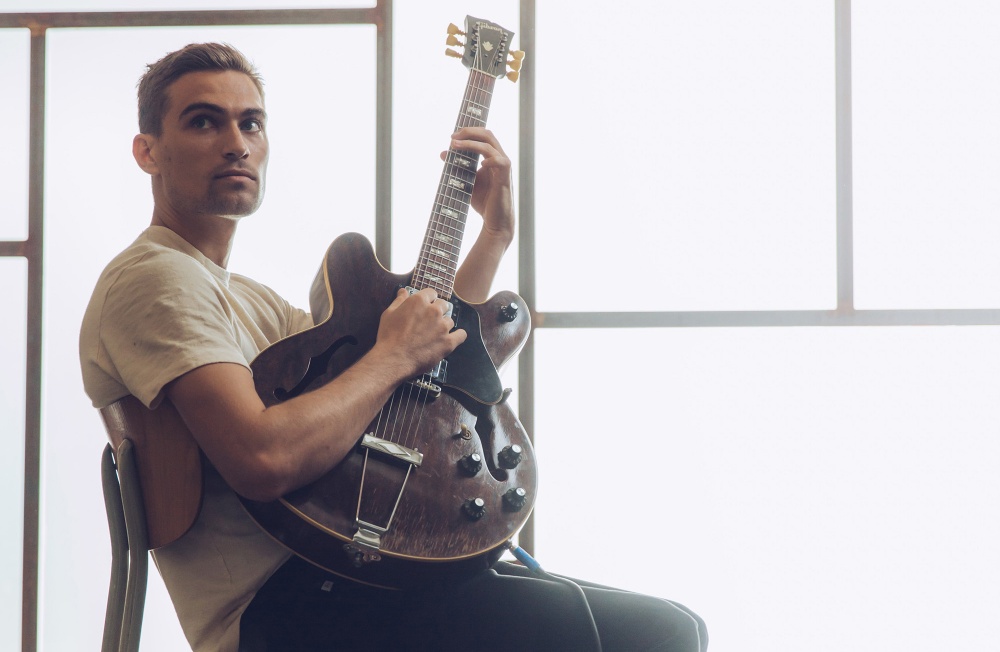 Following his European tour earlier this month and sold out London show at Omeara, Rhys Lewis has announced a huge UK and Ireland tour for November 2019 including a Birmingham date in November.

Rhys, who’ll be performing at the O2 Institute in Digbeth, has also just released his new EP ‘In Between Minds’, the new record reflects his current state of mind and uncertainty of the times we live in. He touches on the multitude of anxieties that plague this generation – whether it be the difficultly in maintaining relationships, or the wider theme of politics.

“We’re living in a weird time where we’re all anxious. Everyone has their own thought and fears, but it’s probably the same thing unifying them,” he explains, “and even though that divides us it should unite us and bring us together.

‘In Between Minds’ is an important collection of songs to me. Each track on the EP has helped me distill and better understand some of the heavier emotions and anxieties that had been sitting at the back of my mind for the best part of a year.

Self-reflection, which currently seems to be at the heart of my writing process, can sometimes cause more harm than good; you can end up pulling your thoughts in too many different directions and tie your mind in knots. So writing songs has become a way for me to draw a line in the sand and be at peace with things whenever things get confused in my own head.”

Crafting his songs with a maturity that belies his years, telling vivid stories through his poignant lyrics, and willingness to bare all, Rhys has consistently showcased his talent for songwriting. However ‘In Be-tween Minds’ marks a creative turning point; As a producer. For the first time across a body of work.

Rhys has been able to stamp his mark sonically, producing himself across the EP, alongside collaborators Aidan Glover, Brian Brundage and Richard Wilkinson. Featuring 5 tracks, the EP includes recent singles ‘End Like This’, ‘Hold on to Happiness’ and ‘Better Than Today’, alongside new tracks ‘Lonely in Love’ which explores the complexities of falling out of love, and closing track ‘Things You Can’t Change’ – inspired by a post Rhys saw on Humans Of New York.

Having toured extensively over the past couple of years, he has opened for such artists as Sigrid, Freya Ridings, JP Cooper and James TW whilst his electri-fying headline shows draw fans that queue overnight to be first in line, from London to Amsterdam and New York to Berlin. Now Rhys is looking forward to heading out on his first UK and Ireland tour this November.

Rhys’s music continues to reach an ever-growing global fanbase. Originally from Oxford, the 27-year-old singer-songwriter has had continued support from BBC Introducing having recording two live sessions, performing at a BBC Introducing show in London. He performed on the British Music Embassy stage at SXSW Festival 2018, and has enjoyed critical acclaim from press. His heart-breaking ballad ‘No Right To Love You’ was released last May and has quietly grown ever since, to help his catalogue boast over 126 million streams. 2019 shows no signs of slowing down for rising star Rhys Lewis.

Rhys Lewis is playing the O2 Institute in Birmingham on 23 November. Tickets go on sale 10am Friday 31st May and will be available from www.rhyslewisofficial.com and www.gigsandtours.com.