Anderton Park School protesters: We WILL challenge the city council injunction in court 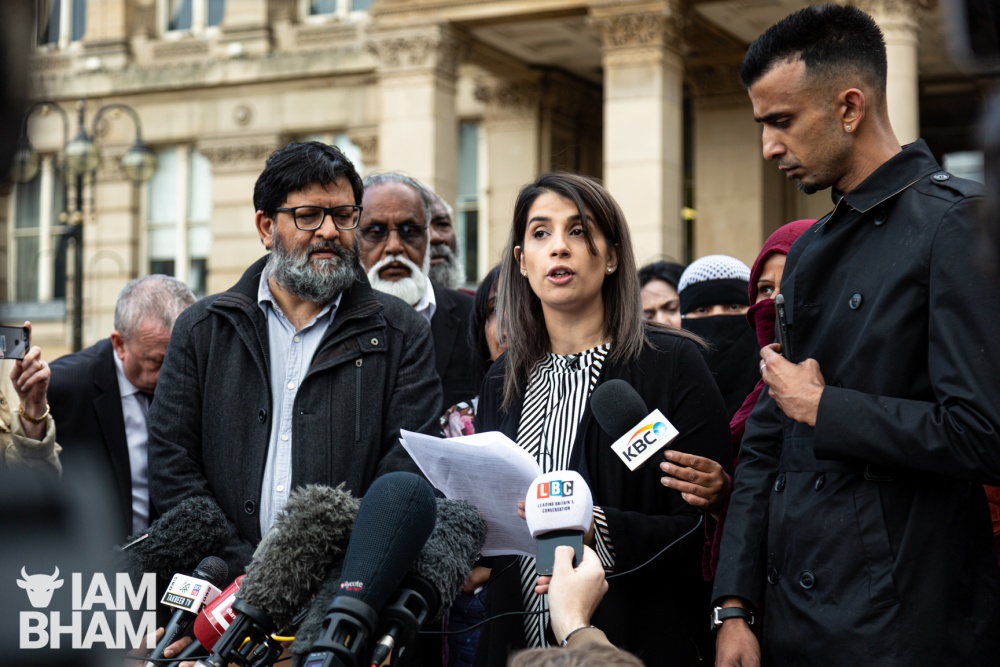 Protesters who have been campaigning against LGBT inclusive education being taught at Anderton Park School have vowed to challenge an injunction from Birmingham City Council to create an exclusion zone around the school to stop future protests disrupting the school day.

The council’s application to impose the exclusion zone was granted last week by the High Court, after months stand-offs between protesters and school staff.

Speaking at a press conference outside the Birmingham Council House, one of the parents from the school, Rosina Afsar, stated:

“As parents we have been under a huge amount of emotional stress due to this behaviour and intolerance shown to us by both the school and the council. Parents have been reduced to tears at the way they have been described and treated. All the school has to do is get off its high horse and talk to parents.”

The legal action was pursued by Birmingham City Council following months of demonstrations outside the primary school in Balsall Heath.

The protests causes the school to close early before half-term, and several parents and teachers have accused protesters of disrupting the education of children attending the school.

Following an increasing number of people attending the protests from outside the city, as well as many who have no links to the school, the council sought the urgent injunction, stating the risk to children became “too serious to tolerate” and that the behaviour of demonstrators was “increasingly unacceptable”.

Several protesters were captured by news media displaying offensive banners such as ‘Adam and Eve, not Adam and Steve’, while others made openly homophobic comments on camera, describing LGBT people as “disgusting”.

Protesters were only aware of the High Court application after it had been granted. The exclusion zone is in place until 10th June, at that point people that are standing against the schools teaching can make their case in front of a judge. Currently, the zone includes the streets that are situated around the school as well as Dennis Road, where the school is located.

“The Children and Social Care Act (2017) states, in respect of mandatory relationships in education for primary school pupils, at section 34, that religious background and age appropriateness must be taken in to account. It also states that before any of this education can be delivered, there has to be a consultation. Parents are not asking for anything special, just their legal rights.”

“We will challenge the injunction in court, we will also judicially review all of the unjust and irresponsible behaviour by the School and Council. We are also left with no option but to continue with our peaceful protests”

Despite representing a parent’s body, Rosina was flanked with chief protest organisers Shakeel Afsar – her brother – and Amir Ahmed, who orchestrated similar protests outside Parkfield Community School earlier in the year.

Labour Councillor Olly Armstrong, representing the Birmingham Northfield ward, was at the press conference and challenged one of the protesters.

“If you’re a kid with a gay parent and you see these protests, you create a fear, and if you’re a teacher who is gay or you’ve got family members who are, I just think we’re losing any decency and there’s got to be a better way.”

Speaking about the council’s decision for an exclusion zone, he added:

The protesters have launched a crowd-funder, in the hope of raising £50,000 to fund their continued campaigning; and aim to continue protests just outside of the exclusion zone on Friday.