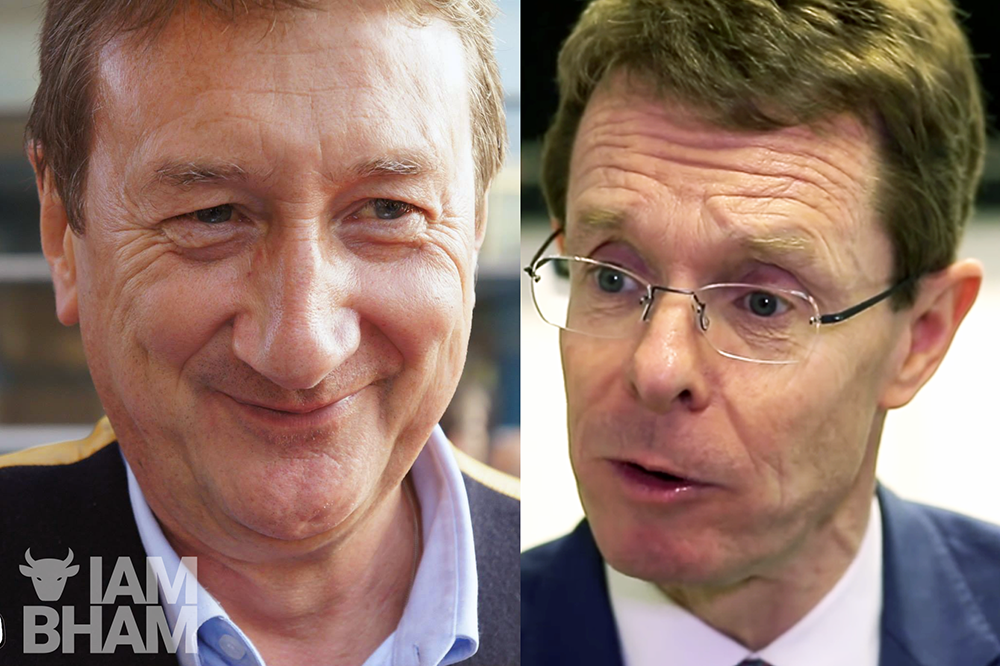 Mayor Andy Street has announced a new board to help create unity within the West Midlands media industry, and wants to join forces with Peaky Blinders creator Steven Knight to bring a big screen filmmaking studio to the region.

The West Midlands Screen Bureau (WMSB) – an organisation set up to help build a diverse, dynamic and sustainable Creative Screen Sector – held its third design lab in hopes of creating new conversations and collaborations amongst local businesses, with Andy Street leading on the direction of the region’s creative industry intends to head towards in the near future.

Among the announcements, several speakers spoke about success stories and how others can learn from them.

The bureau released a report showing the research they have done and guidelines for how businesses can better themselves within the creative industry.

“We as businesses can carry on doing our own thing, but most businesses are relatively small, and trying to understand the broad strategy is not very easy, so we are trying to make sure what we have in place is a system where public and private sector are working hand in hand they’re going to need to get a handle on this stuff and make this work, it’s not going to be easy but it got to be done.”

He went on to talk about the current countries that are smaller than the West Midlands and are paving the way in the creative industry, such as Denmark who have created a global reputation for television and films. WMSB had spent 18 months looking across the UK and at other countries to help create the report to help give the West Midlands a better chance to grow within the creative sector.

“I’m interested in business development, I’m interested in creating a place here in this region, that people can everywhere look at and think I need to be there, we need to start thinking about how we can attract talent.”

Throughout Michaels speech, there was an underlining emphasis of getting business in Birmingham to communicate with one another and the importance of networking, which is one of the key reasons the design labs were held, to create a conversation.

Mayor Andy Street announced a new Screen industry body is to be introduced to the West Midlands:

“After Channel 4, I came out really inspired by the talent here, the businesses and skills are here, and we’ve got great opportunities to tell our story.

“We’ve launched our industrial strategy, we’re the first to do it, to collaborate with the government and we’ve talked about sectors where we will be competitive going forward, and of course the digital and creative sector rightfully are amongst four other leading sectors.”

After a missed opportunity, a secret meeting was put together last year in November at Fazeley Studios in which Andy Street and Peaky Blinders writer Steven Knight spoke about Birmingham’s future within the creative industry.

“Steven Knight keeps telling the world we will have the studios built here, what I can tell you is he’s absolutely right, we’re in the tranches of all the transactions that are about to happen for this to occur and I’m really optimistic that this will move from aspiration to fact in not too long.”

The Mayor announced that there will be a formation of a new Screen Industry Body in the west midlands, emphasising that the talking sessions are finished, and solutions will need to be created, working practically to move forward and help grow the creative industry in the West Midlands, which is what the Screen Industry Body will be working on. The move could bring 29000 new jobs within the West Midlands by 2030.

The inaugural chair of the screen industry body was announced as Ed Shedd, managing partner at Deloitte UK who specialises in providing strategic, operational and technology-enabled solutions within the media industry ranging from TV broadcasters and US majors, to traditional publishers, gaming and mobile content companies.

Through a video message during the design lab, Ed Shedd said:

“I’m massively excited; I feel I’ve got the skills and networks within the industry to help the industry, to get the message out that the west midlands is an exciting place to be.”

The report revealed the body has four key aims:

The board members have not been chosen yet but will be announced in the coming weeks; there will be an opportunity for people to put their names forward through an application process which will be open soon for people within the screen industry and will be chosen by the chair. The body aims to create a strategy for everyone to follow to help create unity and ensure a successful growth within the creative industry.

To find out more about the new industry body, download ‘The Taking Forward the Screen Industry’ report here.