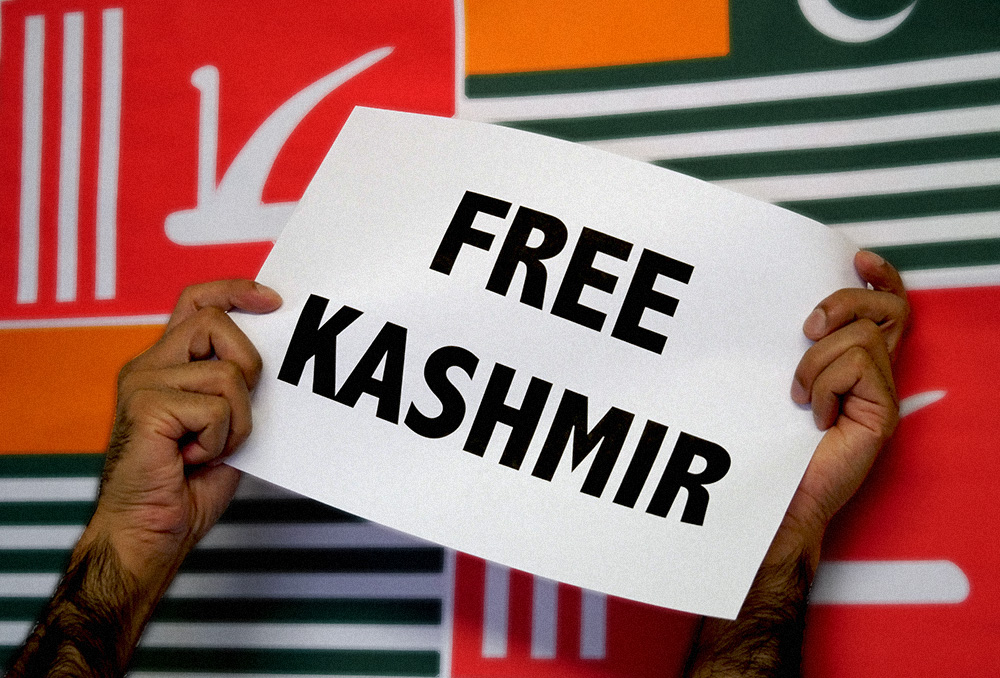 A demonstration is being planned in Birmingham in response to the Indian government revoking Article 370, which affords the people of Jammu and Kashmir autonomy and a protected status.

The call to action comes after India’s government revoked part of the constitution that gives Indian-administered Kashmir special status, prompting fears of unrest. Article 370 is sensitive because it guarantees significant autonomy for the Muslim-majority state but the BJP-led government is hailing its decision to strip the state of of autonomy after seven decades.

The decision was accompanied by a mass telecommunications blackout which began on Sunday evening, which has reportedly included restricting television broadcast and internet access.

The long-running conflict over Kashmir has seen India and Pakistan fight several conflicts over the region. In line with recent developments, India’s parliament is expected to pass a bill splitting Indian-administered Kashmir into two territories governed directly by Delhi.

The government of Pakistan condemned India’s decision to revoke the special status of its part of Kashmir as illegal, saying it would “exercise all possible options” to counter it.

“India is playing a dangerous game which will have serious consequences for regional peace and stability,” said Foreign Minister Shah Mehmood Qureshi.

Kashmir is a Himalayan region that both India and Pakistan lay claim to. Once a princely state called Jammu and Kashmir, it joined India in 1947 when the sub-continent was divided up at the end of British rule. The ruler of the princely state had initially wanted the region to become independent, but joined India in return for help against an invasion of Pakistani tribesmen.

India and Pakistan then went to war over it and each came to control different parts of the territory with a ceasefire line agreed.

There has been violence in the Indian-administered side – the state of Jammu and Kashmir – for 30 years due to a separatist insurgency against Indian rule.

The region remains one of the most militarised zones in the world, creating tension between India and Pakistan for more than six decades.

Article 370 is a special provision was added to India’s constitution providing autonomy to Jammu and Kashmir in 1949, which allows the state to have its own constitution, a separate flag and independence over all matters except foreign affairs, defence and communications.

An additional provision later added under Article 370 is 35A, which gives special privileges to permanent residents, including state government jobs and the exclusive right to own property in the state. As the only Muslim-majority state in India., the measures were added to protect the state’s distinct demographic character.

This independence and these rights have now been revoked by the Indian government, led by Prime Minister Narendra Modi.

In Birmingham, which is home to an estimated 120-150,000 people who identify as Kashmiri, community leaders have expressed anger at the “aggression”, accusing India of deliberately stoking fear and division which could lead to violence towards the Kashmiri population.

Protest co-ordinator Abu Alamgir, a political activist from the Alum Rock area of the city, responded to community calls for action:

“This protest was called because Kashmir has revoked Kashmir’s autonomous status, which means it will be incorporated into India.

“The people who are running India at the moment are fascists who follow an extremist ideology.

“We have a lot of Kashmiri people in Birmingham and they asked me to help organise a protest so now many organisations and individuals have come together to make this happen. We want India to end the aggression and violence and we want justice for the people of Kashmir. There is a demand and need for these protests.

The vast majority of members of the British Kashmiri community hail from Azad Kashmir, the Pakistan-administered side of the Kashmir region. The territory is nominally self-governing and administered by Pakistan.

Community activist Razwan Faraz will be joining demonstrators at the rally over the weekend. He said:

“Attending this protest is the first message to the world, that we are inviting you to support us in holding the racist Indian government to account. The Kashmiri people all deserve their own sovereignty and we will do all we can to help them.”

The protest will be attended by members of the British Kashmiri Women’s Council, veteran Kashmiri activists and and city councillors. Speakers will include peace campaigner Salma Yaqoob, Cllr Majid Mahmood, women’s rights activist Rana Nazir and Stuart Richardson from the Birmingham Stop the War Coalition.

In London, Kashmiri groups have similarly announced a demonstration “against abrogation of Article 370 and 35A by BJP regime and human rights violations in J&K by Indian occupation forces”, which will be held at the Indian High Commission London on Wednesday 7th August, between 2pm and 4pm.