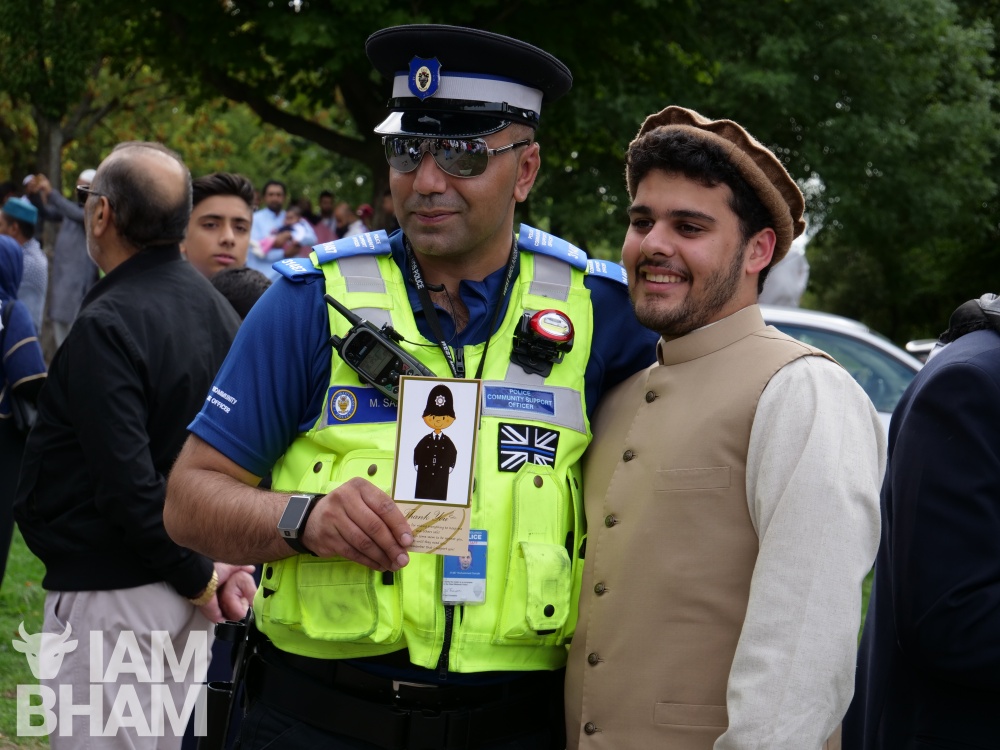 Eid celebrations at Small Heath Park have been cancelled on account of bad weather bit will continue across the city (Photo: Adam Yosef)

A mass Eid celebration in a major Birmingham park planned for today has been scrapped due to adverse weather conditions.

The Eid al-Adha 2019 prayer service, which bi-annually attracts tens of thousands of people, was due to take place in Small Heath Park at 9.30am this morning; but will be held indoors in smaller venues.

The special service brings together the congregations of several partner mosques form around the city and is usually followed by family festivities and a funfair. However, organisers always maintain a back-up plan to redirect services back to their original mosques if weather conditions are not safe or suitable for outdoor congregation and worship.

“After a weather inspection, it has been decided that it will NOT be safe to hold Eid in the park on Sunday 11th August due to the rain and winds.

“We repeat, Eid prayer will NOT be held at Small Heath Park on Sunday 11th August.”

Instead, Eid prayers will be held inside Green Lane Masjid in Small Heath, and similarly at their local partner mosques. Hosting services in the mosques allows for more services to accommodate the large numbers of people wishing to attend, rather than the one single service that would have taken place in the park.

Prayer timings at Green Lane Masjid will be:

At Birmingham Central Mosque in Highgate, there will be five Eid services – one on the hour, every hour – between 7am and 11am.

Prayer timings at Birmingham Central Mosque will be:

Due to limited parking space, attendees are encouraged to walk to the mosques and to allow plenty of time between their arrival and the service they wish to attend.

Eid al-Adha is celebrated by millions of Muslims across the world following the annual Hajj pilgrimage. Most Muslims observe the festival for three days.