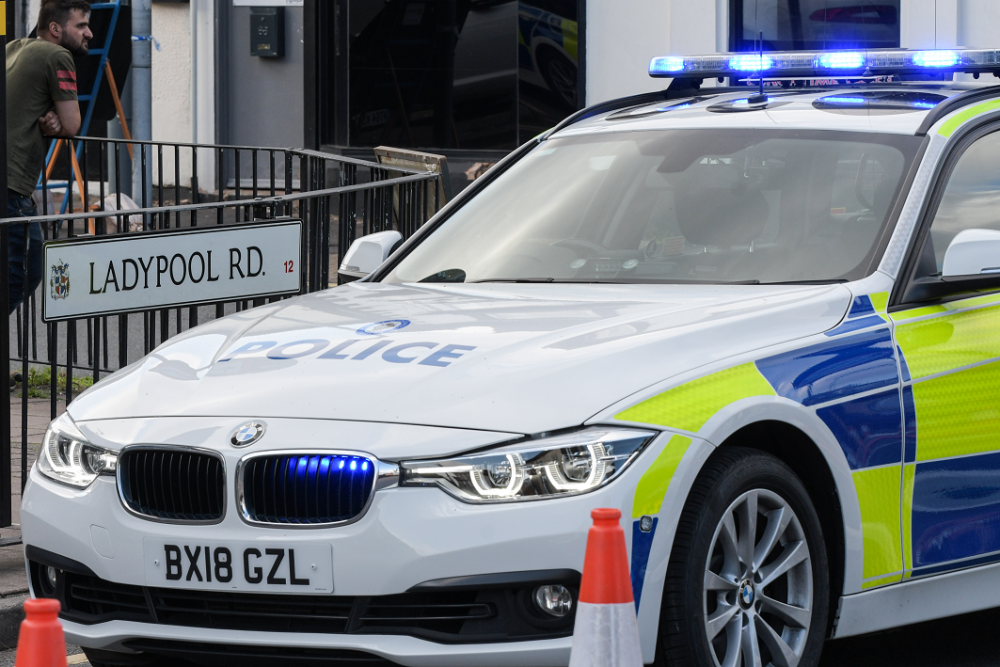 A suspected car thief who assaulted a police officer is to stand trial for attempted murder (Photo: SnapperSK)

A violent car thief who tried to run over a police officer whilst resisting arrest has been charged with trying to kill the officer who was punched to the ground and then run over by the suspect on Saturday afternoon in Birmingham.

Mubashar Hussain allegedly launched a violent assault on the police officer who was trying to arrest him on suspicion of stealing a Range Rover Sport just minutes earlier from a woman on a shopping trip.

The suspect then hijacked the officer’s police car in Moorcroft Road, Moseley, at around 4.45pm, and reversed into the officer, knocking him down, before driving over his body as he lay pinned under the vehicle.

The 29-year-old, formerly of Sherwood Road in Hall Green, was arrested yesterday in the Sparkbrook area and has now been charged with a catalogue of offences, including attempted murder of the 42-year-old traffic cop.

He also faces charges of causing serious injury by dangerous driving, a separate count of dangerous driving, wounding another officer who suffered a cut arm, four counts of assaulting other PCs, driving while disqualified, motoring offences and two car thefts.

The car thefts relate to a Range Rover Sport stolen at around 4.30pm on Saturday and another Range Rover stolen in Birmingham the previous day.

A second man, 24-year-old Ahsan Ghafoor, from Fulham Road in Sparkhill, has been charged with the same two car thefts, plus dangerous driving and other motoring offences.

Both are set to appear at Birmingham Magistrates Court Monday 12th August.

Messages of support for the officer have flooded in on social media with people across the country wishing him a full and speedy recovery.

The officer, who has worked with West Midlands Police for almost 20 years, has been in surgery and his condition is not considered life threatening. However, the long term prognosis is currently unclear.

“The messages from the public have been really uplifting; it’s times like these that hit home to people what a challenging role policing can be and that officers across the country are putting themselves on the line every day to protect the public.

“Working in policing and helping people in need is a hugely rewarding job but it comes with it inherent risks.

“Everyone at West Midlands Police is hoping the officer makes a full and swift recovery and our thoughts are with him and his family.”

A former taxi driver, who wishes to remain anonymous, spoke to I Am Birmingham:

“I saw a bit of the chase on Saturday afternoon and can’t believe there wasn’t a fatality. It was like the Wild West! Instead of horses there were speeding cars.

“Car crime is common, and car chop shops are cropping up in the area.

“We need more police officers on the streets. Too often we see the police reacting to a crime rather than actually patrolling the area or doing a beat along the local streets and engaging with the people and preventing crime.

“I hope the new prime minister delivers on his promise to employ and train more police officers. Boris Johnson’s pledge needs to be put into operation immediately.

“The traffic cop who was seriously injured in this incident is a hero. The poor officer suffered terrible injuries in the line of duty. The danger the police face on a daily basis cannot be underestimated. They need more support from the government.”

Anyone who has any information relating to this incident please contact West Midlands Police via Live Chat at west-midlands.police.uk between 8am to midnight, call 101 anytime or contact Crimestoppers anonymously on 0800 555 111.

(Visited 435 times, 1 visits today)
https://www.iambirmingham.co.uk/2019/08/12/violent-car-thief-charged-attempted-murder-officer/https://www.iambirmingham.co.uk/wp-content/uploads/2019/08/SNAPPERSK_ATTEMPTED_MURDER_OF_COP_BHAM_7-800x534.pnghttps://www.iambirmingham.co.uk/wp-content/uploads/2019/08/SNAPPERSK_ATTEMPTED_MURDER_OF_COP_BHAM_7-300x200.png2019-08-12T07:56:05+00:00Rangzeb HussainCommunityCrimeElectionsNewsarmed police,arrested,Assault,Attempted Murder,B'ham,Birmingham,Boris Johnson,car accident,community,cops,Crime,England,Grand Theft Auto,I Am Bham,I Am Birmingham,Ladypool Road,Midlands,news,Police,Range Rover,Rangzeb Hussain,Sparkbrook,Traffic Cop,Traffic Offence,UK,West Midlands,West Midlands Police,WMPA violent car thief who tried to run over a police officer whilst resisting arrest has been charged with trying to kill the officer who was punched to the ground and then run over by the suspect on Saturday afternoon in Birmingham. Mubashar Hussain allegedly launched a violent assault on...Rangzeb HussainRangzeb Hussain[email protected]AuthorI Am Birmingham
« Eid celebrations in Birmingham park cancelled due to adverse weather conditions
OPINION | British Pakistanis: “We don’t belong here and we don’t belong there” »