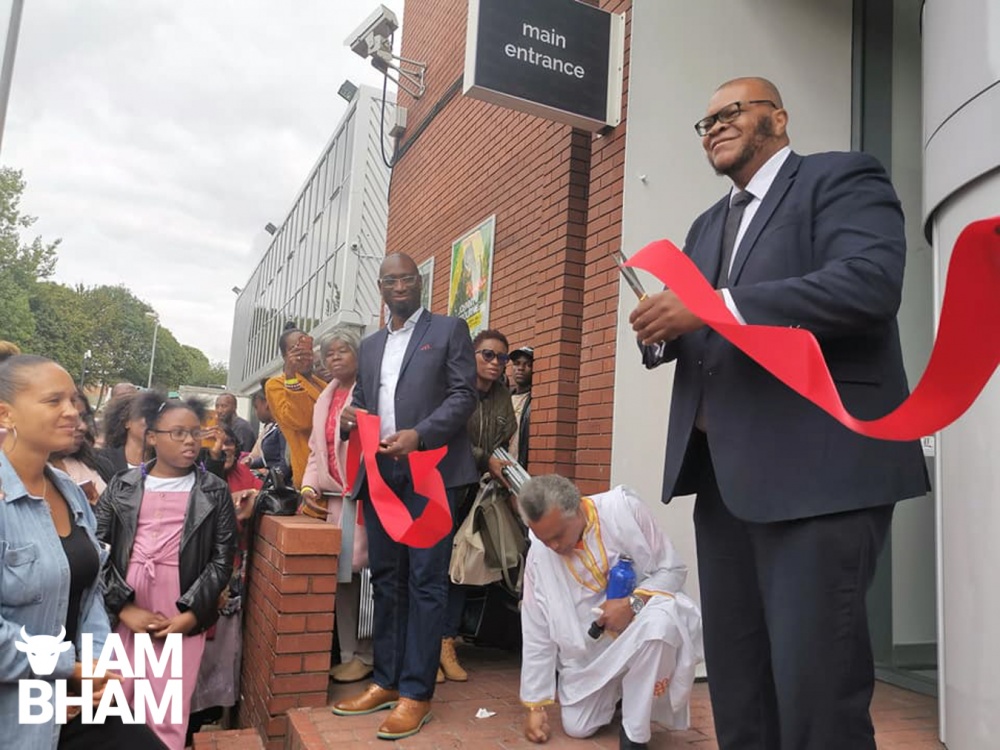 A new social enterprise aiming to inspire and celebrate black achievement has opened its doors in Newtown, at the home of the former Drum arts centre in Birmingham.

The Legacy Centre of Excellence centre opened its doors this week with plans to host several events, co-working spaces, courses and creative ventures for the benefit of the local community.

Dismayed when The Drum was forced to close its doors in June 2016, overjoyed neighbourhood and city residents returned to the building to celebrate the site of a legacy for the local community.

The opening of the brand new Legacy Centre saw over 2,000 people come through the doors to listen to talks, find out more information about the centre, and enjoys entertainment that was put on for its launch day.

I Am Birmingham spoke to Selina Brown, one of the driving forces behind the centre:

“It is the biggest black arts and business centre in Europe, today we are making history. It is going to be a hub for everything of excellence, we with be holding South Birmingham College here, a STEM, courses and training, a business hub, offices to let, co working space, a big arts programme and a young people  people.

“It is an independent business that will be sustainable via the community. We are for the people, by the people”

Events are already planned for September and October, with a project dedicated to celebrating and inspiring members of the black community, with a strong focus on young people and the under-represented.

Speaker Leo X told attendees at the venue’s inaugural celebration that even though Birmingham is known as the ‘second city’, the city now had a building and initiative that didn’t even exist in London.

In March 2016, however, the decision was taken liquidate, amid financial troubles. The announcement to close was caused outrage among community representatives and residents. At the time, Birmingham musician Laura Mvula described the news as “terrible” and an online community petition to save the venue from closure was signed by 3,294 people but was unsuccessful in its campaign; despite recent fundraising by poet Benjamin Zephaniah and musician Courtney Pine.

Keith Smith – also popularly recognised as music producer, author and entrepreneur Cipher – felt the impact of this, and as someone who had always been concerned and involved with community projects he felt could not let this happen and set about nearly two years of work in setting up the Legacy Centre.

The venue will seek to re-establish itself under the new brand and management, introduce new developments such as rented offices, and also continue with tried and tested popular services including live music performances in the newly refurbished live music arena. Reggae icon Johnny Osbourne will be one of the first performers, singing live in concert on 6th October.

#4  The new Legacy Centre for Excellence

#8  Live music at the grand opening