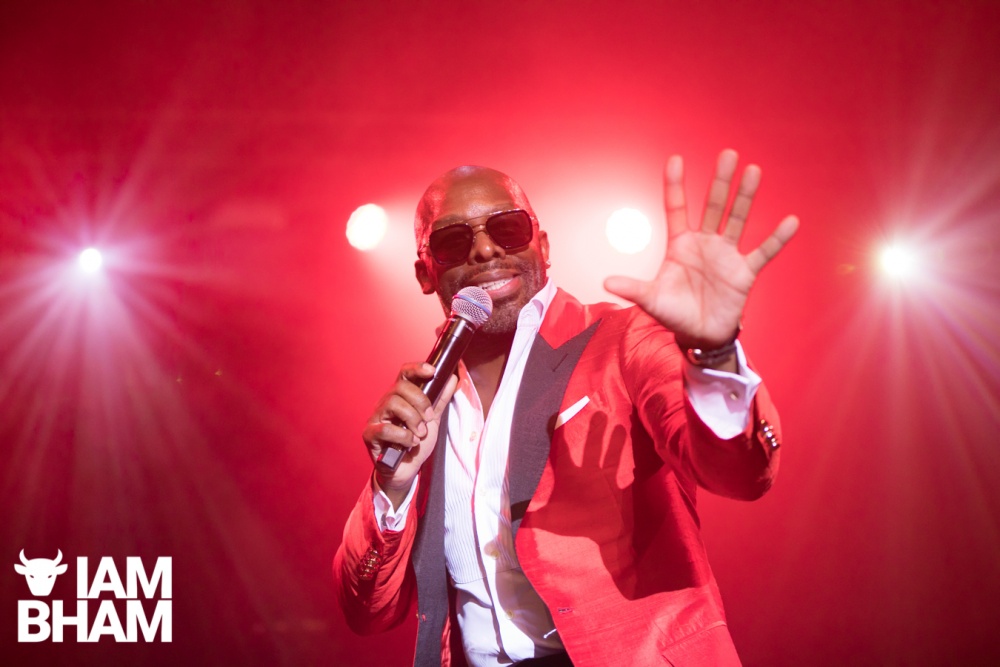 If you love R&B music, it would be a sin to not know these grandees of that genre. Fans turned out in huge numbers diverse in every way from singles in their teens, to couples in their 50s, to sing along to their favourite classics, being sung by these living legends.

If you can finish any of these lyrics,

“What is this, numbers in your pocket, I remember when you used to throw those things away”

“It’s amazing how you knock me off my feet, every time you come around me I get weak”

or any of these are the songs of choice for those mornings in, or doing the garden. If any are the songs you get dressed to for those nights out, or your shower songs that exercise those vocal cords while in the bathroom,  this was the concert to be at this weekend.

The rain didn’t keep anyone in with a full to capacity venue.

This reporter dusted off the vocal chords ready for sing fest and looking forward to seeing each of these for different reasons.

I last saw Joe in the 1990’s, it was at a club in Bilston called the Million Dollar Club. It was his first album and since then he has become a living legend through subsequent albums. His popularity clearly shown by the millions of online comments protesting against the change in the “Big Rich Town” theme tune to Starz POWER, from Joe, to Trey Songs.

It was changed back to the theme sung by Joe after a couple weeks. Millions of people commented in various forums that his voice was better.

So with all of this history, I was ready to see and hear Joe.

Joe was the headliner for the night, with the biggest discography this was probably well deserved. Joe’s discography is so vast that he performed songs which even I forgot were sung by him.

Ever known as a swooner, Joe took to stage in a sharp suit and dress shoes. He took us all the way back to 1995, it seems crazy to think that some of these songs were released over 20 years ago.

Even with the string of hits from his first release “I’m in love” fans were still anticipating Powers theme tune “Big Rich Town”, was he or wasn’t he going to sing this? Joe did not disappoint, even though he only gave us two lines of the song until reverting back to his classics, but this was enough to whip up the crowd’s excitement.

Joe’s performance was as strong as ever. Performing with a live band Joe’s voice sounded as good as always, it has stood the test of time. At age 46, he is still also popular with the female fans. Ladies screamed from all sides throughout his performance. Underwear being waved around near the front of the stage was also spotted.

In the days of intros, outros, interludes and “nayhoos” being popular, who can forget their 1996 debut album, the “Why” interludes, and the classic “Only You” featuring the late Notorious B.I.G. They started out as a quartet, and last performed as such in the Bad Boy Reunion Tour, but since then have parted ways again.

Birmingham got to see two originals members Slim (arguably the most recognisable member and lead singer) and Mike. The audience were treated to the high energy “Peaches and Cream” and “Missing You” among many others. The line up however still presented as four people on stage, but not four singers. Two of them were dancers and two of them the band member mentioned, which almost played with our minds that it was still a quartet.

The performances were strong, and Slim’s voice was the same heart-melting quality as always.

Lastly, Dru Hill. Their debut album “Enter The Dru” was released in 1996 with their debut single being “How Deep is your Love” part of the soundtrack for the Rush Hour film, staring Chris Tucker and Jackie Chan. This song was followed by “These are the Times” which showed the groups versatility for a dance floor hit as well as a slow jam.

The band member Sisqo stood out as an entertainer with his eccentric wardrobe and his bright hair colours. He later went on to have the most successful solo career, with on of his most successful releases “Thong Song” which gained 4 Grammy nominations. Elements from the song were also later sampled on “Love A Girl Right” by UK pop band Little Mix.

Birmingham was treated to the new line up featuring two members formerly of Playa. But all eyes seemed to still be on Sisqo. Whether this was because he stood out from the group with his illuminated trainers and microphone with a dragon emblem on it, or whether he was still just a better performer, it could have been either or both. It was difficult to not have your eyes on him while he was on stage.

Highlighting his own personal success, Sisqo also treated the crowd to some of his solo hits such as “Incomplete” and “Thong Song“. Ever the entertainer, he still stood out from the rest of the group with his somersault’s (yes he is still able to do these) and his stage presence.

Each performer was received, as you may expect three R&B legends to be received by R&B fans. Phones stayed in the air for all three hours with everyone trying to record the memories for their own libraries and social media. The slow songs naturally prompted the audience to become backing singers to the whole track, where voices could be heard even over the audio of the more than ample sound system.

Here are 10 glorious photos from the R&B Legends concert: 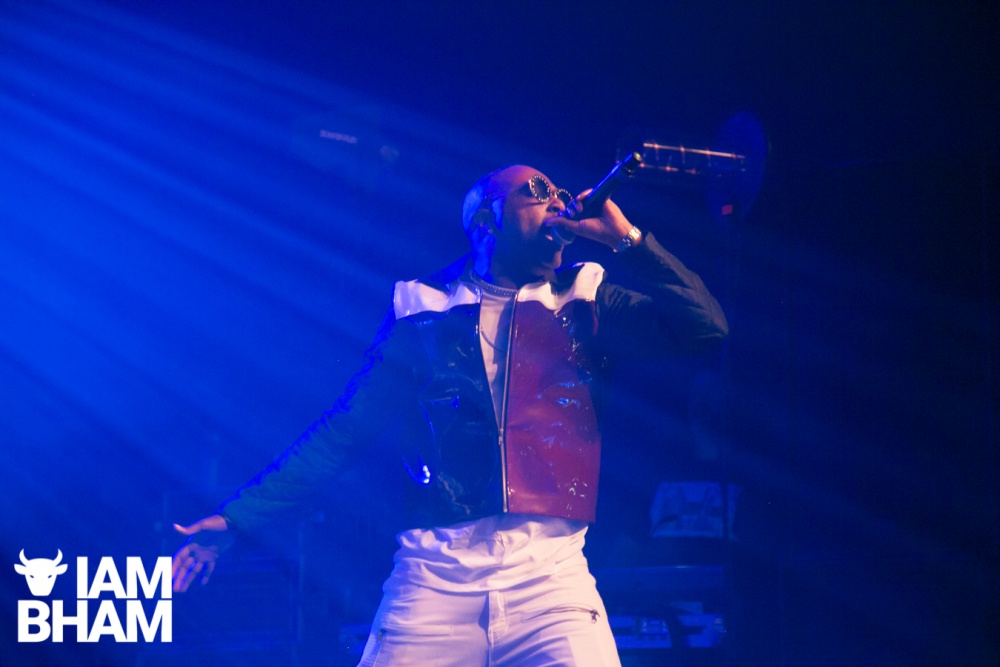