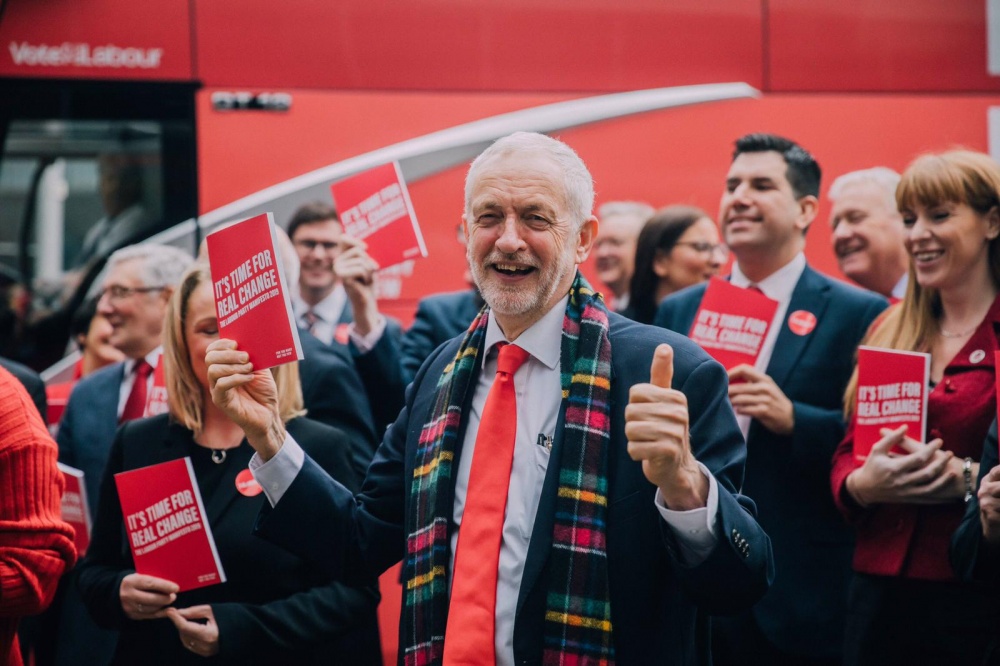 Coming back to my hometown of Birmingham this week has made realise that this upcoming election, often valorised as an “once in a generation” vote, is even more unpredictable and volatile in the West Midlands than anywhere else in the UK.

Statistically speaking, our region can be likened to a volcanic blackhole. The Brexit battle in our city was the most fierce in the UK, with 50.4 per cent of more than 450,000 voters wanting to vote leave.

Equally, the Midlands brought the Tories more jubilation in 2017 than Theresa May’s much-hyped northern targets. Boris Johnson will be tailoring his battle plan for this election on these seats. If he wins a majority, there is no doubt he will get it over the line here.

The Tories are chasing a string of Labour-held marginals here with slim majorities, building entire campaigns on winning over Labour Leave voters. Their views have hardened over the failure to deliver Brexit on time, and the supposed lack of clarity on Labour’s Brexit position.

Key seats such as Dudley North (with a majority of just 22) and Wolverhampton South West (a larger majority of 2185 to Labour) will be their favourites to win over. Though don’t be so sure on an easy ride for the Tories — these are also constituencies bitterly aware of how austerity has damaged their local communities, and will not forgive the Tories so easily because of an easily-packaged Brexit deal.

Meanwhile for Labour, they’ll be expected to recapture the ‘youthquake’ moments of 2017 and campaign hard in university constituencies such as Birmingham Selly Oak, Birmingham Edgbaston, and meanwhile retain their seats in Birmingham Northfield, Birmingham Yardley, and Walsall South.

The danger for Labour, just like across other parts of the UK, is convincing voters to give real change a chance and no longer be shacked to the Brexit argument.

This is a party that is keenly aware that voters want an end to the failed era of market fundamentalism and a return to common sense, people powered policies. Only by being more decisive on Brexit, more courageous on their pro-migrant case, and waving their anti-austerity flag high will Jeremy Corbyn and Labour continue to represent the West Midlands as their traditional political highlands.

Have the political views of the West Midlands changed from the 2017 election to now? That is the real question here. We cannot dismiss that The Brexit Party gained its first councillor here. And while I am sceptical that they will win a seat, enough people may vote for them in a sign of protest and split a significant proportion of votes in Labour-held seats.

Then there’s our sizeable Hindu communities, targeted by pro-BJP activists campaigning for the Tories and urging them to vote against Labour. Campaign spirit is also strong in our Muslim community, with the Muslim Council of Britain encouraging voter registration. Only time will tell if the Tories’ track record of Islamophobia, or the sustained debate over LGBT lessons in Birmingham will swing their vote in either direction.

But let’s not forget the real social battleground for this election. Local government spending cuts have cost every person living in Birmingham £259 this year. Last year, Birmingham City Council reluctantly cut its workforce in half to 8,769, with the highest compensation packages at £184.8m. Our prisons are in squalid conditions broken by both privatisation and public austerity measures.

The moral emergency in our homeless continues to be captured by the death of Kane Walker. And let us not forget about knife crime blighting our city, increasing delays and costs to our transport services, and our suburbs Aldridge-Brownhills, Warwick and Leamington, and Kings Heath and Moseley being increasingly left behind in the race to capture the most extreme of voters in the class divide. This is just a small list of concerns that affect a wide variety of people in our county.

And herein lies the problem. This election is no longer based on simple class politics. Votes differed wildly across Birmingham for Leave and Remain, with all four wards in Yardley, Northfield and Erdington wanted to Leave, while all four wards in Hall Green and Ladywood wanted to Remain. It is unequivocal that some once industrial areas would greatly benefit from Labour radical Green New Deal, while others areas may remember Labour-led council cuts and silently vote for the Conservatives.

So whoever will win in the West Midlands must listen to the anger of Brummies and Black Countrians and deliver on real change. And given the change I have seen in my city over the last nine years it is in my personal view to sceptically vote for Labour. This is not an endorsement for the party, but an endorsement for hope and a better future for what I believe is the greatest city in the world.

◉ Rhi Storer is an I Am Birmingham journalist and columnist