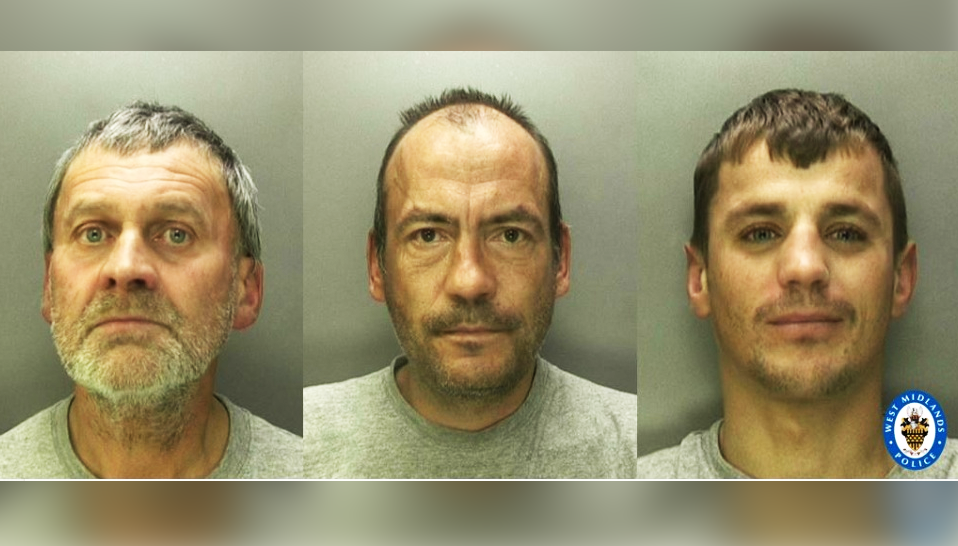 Three men have been convicted of the brutal murder of a Latvian man who they wrapped in a sleeping bag and dumped in the street, before going off to buy alcohol.

Sandris Abimeicevs, aged 55, was homeless and staying with three other men in a bedsit on Walford Road, Sparkbrook in November last year.

The bedsit was let to 60-year-old Olegas Borisovskis, but he had allowed Mr Abimeicevs to stay along with two other men – 44-year-old Saulius Lemezonas and 30-year-old Vytautus Medeckis..

All four men had been drinking over a period of two to three days, but on the evening of Tuesday 6 November, a neighbour saw three men drag something down the stairs and dump it in the street, before two of the men were captured on CCTV going to a local store to buy more alcohol.

Emergency services were called and the battered body of Mr Abimeicevs was found, sadly too late to save him. A post mortem examination revealed that he had been savagely beaten over the course of many hours resulting in over 50 visible injuries to his body, as well as a brain injury, broken ribs and a broken nose.

The three men were arrested and in interview, all sought to blame each other, but evidence at the scene, including blood stains on clothing, indicated that each played a part in Mr Abimeicevs’ death.

Detective Inspector Michelle Allen, from the force’s homicide unit, said: “This was a brutal attack on a man outnumbered by the other three, who didn’t stand a chance to defend himself. He would have known extreme pain before his death and I am pleased the jury recognised that all three are culpable for his murder.

“My thoughts remain with Sandris’ family, I hope that this verdict brings them a sense of justice and allows them to start to come to terms with his tragic and senseless death.”

The defendants were found guilty at Birmingham Crown Court and will be sentenced tomorrow (22 November).

(Visited 654 times, 1 visits today)
https://www.iambirmingham.co.uk/2019/11/21/three-convicted-brutally-murdering-homeless-man-birmingham/https://www.iambirmingham.co.uk/wp-content/uploads/2019/11/Olegas-Borisovskis-and-Saulius-Lemezonas-and-Vytautus-Medeckis-800x456.pnghttps://www.iambirmingham.co.uk/wp-content/uploads/2019/11/Olegas-Borisovskis-and-Saulius-Lemezonas-and-Vytautus-Medeckis-300x171.png2019-11-21T20:20:45+00:00Staff ReporterCrimeNews2018,2019,Attack,attacked,Birmingham,body dumped,Borisovskis,Brum,Court,Crime,Detective Inspector Michelle Allen,Homeless,homeless death,homeless man,homicide,Homicide unit,Lemezonas,Medeckis,Michelle Allen,November,Olegas Borisovski,Police,Sandris Abimeicevs,Saulius Lemezonas,Sentences,Sparkbrook,Street,Vytautus Medeckis,Walford Road,West Midlands,West Midlands Police,WMPThree men have been convicted of the brutal murder of a Latvian man who they wrapped in a sleeping bag and dumped in the street, before going off to buy alcohol. Sandris Abimeicevs, aged 55, was homeless and staying with three other men in a bedsit on Walford Road, Sparkbrook...Staff ReporterStaff Reporter[email protected]AdministratorI Am Birmingham
« Blue Plaque unveiled at Brum university in honour of Hollywood star Madeleine Carroll
OPINION | This election for the West Midlands will be decided on anger and desperate need for change »