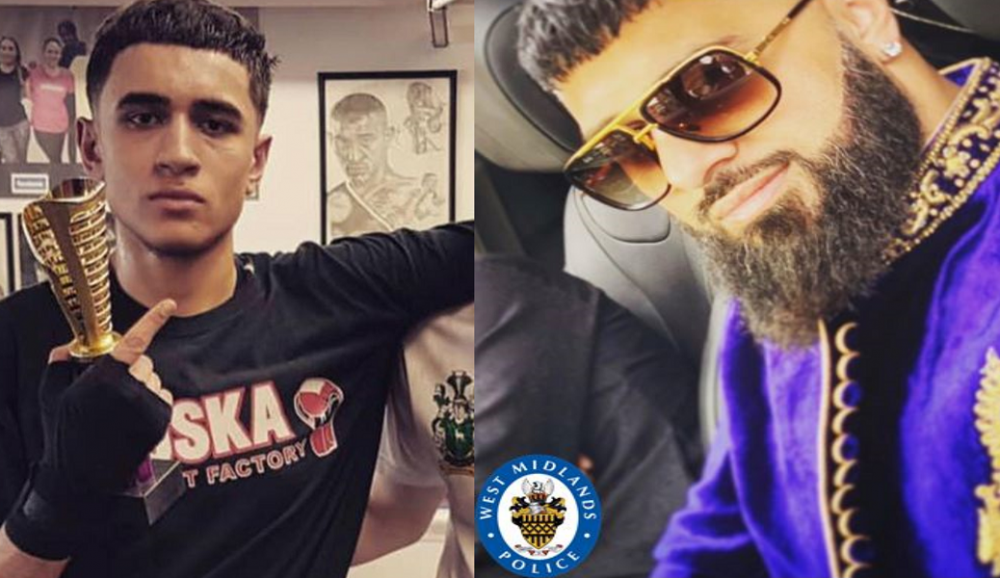 The victims of a double murder during a cannabis raid have been named by police. (Photo: WMP)

Tributes are being paid to two murder victims after police released the names of the two men killed during an alleged ‘cannabis factory’ robbery in Brierley Hill on Thursday 20th February.

Police received several 999 calls just after 3.30am on Thursday 20th February from members of the public reporting a group of young men trying to force entry to a house where cannabis was allegedly being farmed in Pensnett Road, Brierley Hill, Birmingham.

A fight spilled out into the street during which two men suffered stab wounds and a car crashed into parked vehicles.

West Midlands Police have confirmed that the two men who lost their lives were Waseem Ramzan and Khuzaimah Douglas.

Waseem Ramzan, who lived in Pensnett Road near where the disorder broke out, was stabbed during the incident. The 36-year-old later died in hospital.

Post mortem examinations will be taking place to confirm the precise cause of death.

Waseem Ramzan’s family paid tribute and made a plea for prayers:

“This is a really difficult time for the family and friends of Waseem Ramzan.

“We would appreciate if you could all remember him in your prayers and if possible give to charity in his name.

“To God we belong and to God we shall return.”

“Yesterday we received the unthinkable news that we had lost one of our members, our fighters, our friends and our family at the USKA gym.

“Our beloved brother Khuzaimah Douglas passed away and we all feel absolutely devastated and heartbroken following the news.

“Khuzaimah was a kind, considerate, extremely talented and humble young man who everyone had a connection with, an older brother to the USKA kids and a younger brother to all the seniors.

“To see the effect that this has had on each and every member at the gym last night was truly heartbreaking.

“I can only imagine what his family are going through right now having to process the situation and come to terms with their unimaginable loss.

“Thank you for all the messages, texts and calls of condolence, they are truly appreciated. Please say a prayer for Khuzaimah and his family and keep him in your thoughts today.”

“Our thoughts are with the families of two men who have tragically lost their lives.

“This is an awful incident and we recognise the wider impact it can have on our communities. But what I would say is that we believe this address was deliberately targeted, it was not a random attack.

“In the immediate term, local officers are providing reassurance in the area and people should have seen an increase in patrols. Longer term we are working with partners including the council, health, education and charities to tackle violent crime and the root causes of violence.

“We thank people for their patience and support as we know this has caused disruption locally but we trust that people will understand the importance of gathering evidence to support this investigation.”

West Midlands Police have confirmed that “significant progress” is being made with this case and several arrests have been made.

Officers arrested a 19-year-old man on Thursday 20th February on suspicion of conspiracy to rob and he has now been further arrested on suspicion of murder. He remains in custody and police have been granted extra time to question him.

The other two men, aged 23 and 21, were arrested on suspicion of conspiracy to rob at Holyhead Port in Wales on Sunday 23rd February and will be questioned by detectives.

Another man aged 46-year-old was also arrested yesterday from a property in Stoke-on-Trent and will be questioned by detectives today.

A 42-year-old man was also arrested from the property on suspicion of assisting an offender and has been released on police bail.

Anyone who has any information relating to this incident please contact West Midlands Police via Live Chat at west-midlands.police.uk between 8am to midnight, call 101 anytime. Alternatively call Crimestoppers anonymously on 0800 555 111.