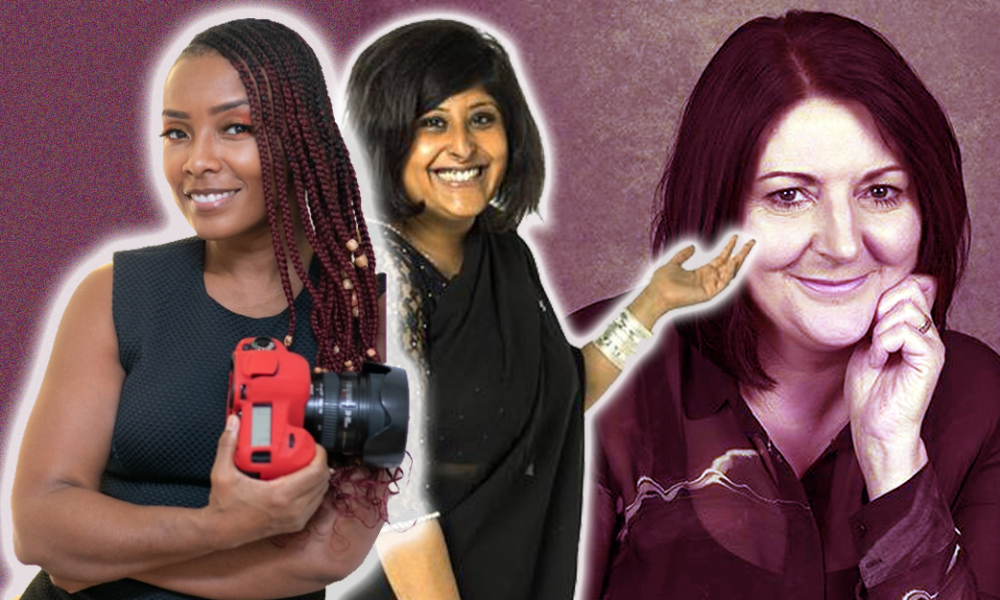 This year’s 2020 campaign theme is #EachforEqual, a message reflecting an equal world being an enabled world.

Individually, we’re all responsible for our own thoughts and actions – all day, every day.

The ethos behind the theme is that we can all actively choose to challenge stereotypes, fight bias, broaden perceptions, improve situations and celebrate women’s achievements. This, collectively, each one of us can help create a gender equal world.

“Equality is not a women’s issue, it’s a business issue. Gender equality is essential for economies and communities to thrive. A gender equal world can be healthier, wealthier and more harmonious – so what’s not great about that?

We asked women from Birmingham what International Women’s day means to them and why it’s still as relevant and important as ever.

“I will be spending International Women’s Day celebrating, supporting and inspiring other women. I will begin with the “Queens Den” event in Birmingham, followed by some pampering at a local salon. It can’t be all work and no play!

I will also be speaking at MIND Brent, Wandsworth and Westminster branch alongside Hayley White and Nasima Saddiqui at an IWD Event on Friday.

But also being honest this is my everyday practice, supporting, celebrating and inspiring. Happy IWD!”

“I’ll be celebrating with a friend going for a night swim at Carpe Aqua at Moseley Baths. It’s a fabulous evening of relaxation, being yourself, away from the hustle and bustle of a busy workload. It’s great that there are men there too but I’ve found it is mostly women and I’ve met so many interesting ones, young and old , over the last couple of years.

More importantly though, we need to remember those women and girls across the world who are still persecuted for being female, for voicing their opinion, for fighting, even dying for wanting equality and the basic right for an education. To all you amazing feminists and activists out there support each other. We will do this.”

“Being recognised and having a special day of this recognition and appreciation is encouraging, empowering and exciting for us as women. It means we will be excited to do more in our capacity as women.

Being equal does not mean we are all the same though. It just means we are acknowledged, accepted and appreciated for our contribution to society without discriminated or segregated’.”

“I celebrate IWD as a day to reflect and consider the position of women in the world. In this country, we have seen a rise of anti-trans and anti-sex worker behaviour, often by self-proclaimed feminists, which puts our fellow women and non-binary people at greater physical and mental harm.

We have seen a lurch further into the political right; bringing deeper cuts and placing restrictions on who is deemed to be ‘skilled’ and ‘unskilled’ workers. Policies such as these impact traditionally ‘female’ roles the greatest and will, in turn, deprive women of the economic and social advantages afforded to men.

IWD has a history of solidarity and shared struggle and it is vital that this is continued to support those most affected by systems of oppression. It is a time to celebrate past successes. It is also a time to refocus and listen to those whose experience of womanhood differ to our own. We may be surprised by what we learn.”

#5  Saima Razzaq, Chair of SEEDS (Supporting Education of Equality and Diversity in Schools)

“I’ll be celebrating International Women’s Day with Supersonic Festival at their annual celebration where I’ll also be playing a DJ set of Bollywood classics. Growing up I was surrounded by Bollywood, whether that was reenacting film scenes at home, to full on Antakshari* competitions at bigger family events, music and Bollywood always brought people together.

I spent many years working as a music journalist in Cardiff and Birmingham, though never getting the opportunity to share or write about the music I grew up listening to. As a womxn of colour my ethnicity and gender are not mutually exclusive and that’s why I was delighted when the team at Supersonic invited me to play a Bollywood set as part of IWD.

Supersonic Festival itself; the UK’s leading experimental music festival, is the brainchild of Lisa Meyer, who also produces Home of Metal – a critically acclaimed international exhibition that celebrates Birmingham born Black Sabbath from the perspective of their fans. Lisa Meyer represents everything great about the grassroots of Birmingham – championing the working classes and inspiring a future generation of womxn.

“I am celebrating women because I am one. From the moment I appeared from my mother and realised I was a girl and the struggle began. . Not only are we slapped at birth by a male for some women that’s the story of their life. I wore frilly dresses and ribbons in my hair. I wasn’t allowed to climb trees because i was not only a girl but I was also very weak. So I learnt to read and write, type and play piano.

Just like the girls in the classics I read. Unknown to those who were satisfied that I was sitting quietly, I was also reading Marcus Garvey’s letters to my grandfather. I read his literature. I absorbed it for later when I’d learn to walk and organise rallies and marches. The little girl who could neither walk or talk before the age of three was being strengthened for the battles ahead. Women, it says, ‘were made to feel the pain.’

We have no time for PMS, PT  or even to P. We spend our time looking after men and children, the community the nation, the world;. but in between all the pain and suffering, discrimination and abuse we remain strong, support each other, achieve against the odds and we look up, throw our hands in the air and say ‘Ain’t I a woman?’ and then reply in unison ‘And still  I rise’

“We remember the struggles of those who influenced us. we recite ‘The strong Black woman is dead’ And on this International Women’s Day our voices can be heard  and we are empowered to go to the kitchen sink and on our knees scrubbing the floor but knowing we’re moving a mountain with a tea spoon and one day that mountain will crumble. Equality and justice for All.”

“International Women’s Day was launched in 1909 to celebrate struggles by working class women against their oppression. I will be celebrating it this year because, 100 years on, women around the world are still fighting for liberation.

With racist, sexist, transphobic leaders around the world, from Trump to Bolsonaro to Johnson women around the world have to get out onto the streets and demand an end to sexual harassment, unequal pay, abortion rights. And it is women who bear the brunt of benefit cuts and austerity measures.

IWD is not just about remembering the struggles of the past. That’s why I will be celebrating IWD by going to the meeting ‘Women, Resistance and Revolution’ to hear author Judith Orr speak on how we organise today to fight for real equality and for a system where women and men can have full liberation, for a socialist society.”

To find out more about International Women’s Day, visit www.internationalwomensday.com.