What does International Women’s Day mean to women today? 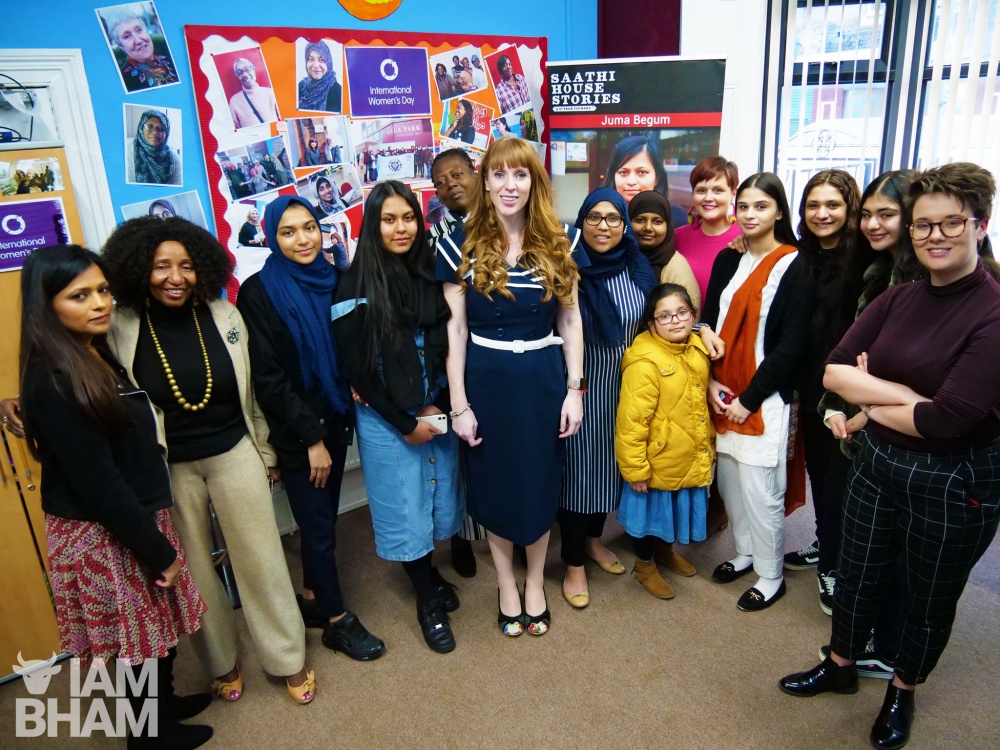 On the 9th of June 1914, a woman named Bertha Ryland slashed a painting in the city’s art gallery in Birmingham. That became one of the major incidents of the militant suffrage campaign.

There are a few other incidents we already know that happened all over the world to establish women’s rights. A hundred years ago, this fight was mostly for their voting rights. Over the ages, there were other issues included, other than voting rights.

“The story of women’s struggle for equality belongs to no single feminist nor to any one organisation but to the collective efforts of all who care about human rights.” – Gloria Steinem

The first International Women’s Day (IWD) congregation happened in 1911. Today it is observed globally to celebrate the social, economic, cultural, political, and individual achievements of women around the world. The day additionally denotes a source of inspiration for promoting gender equality.

Today, in 2020, #EachforEqual is the campaign theme worldwide; accepted to celebrate this year’s International Women’s Day. It is anticipated that an equal world is an enabled world.

A recent case involving media personality and news journalist Samira Ahmed makes it very clear that the fight for women’s rights and equality is still raging, as The Guardian reported on 28 Oct 2019:

“The BBC presenter Samira Ahmed has launched a landmark equal pay case, claiming she was paid 85% less than her male equivalent.”

So, seemingly the fight is not over just yet, although it started well over a century ago.

Collective individualism (in other words, our individual activities, dialogues, practices, and attitudes) can affect our wider society. Collectively, we can make change happen, and we can each assist with making a gender equal world.

Gender is a social construct which is created by humanity, yet negatively impacts around half the world’s population who for centuries have been deemed inferior in one way or another.

Contemporary women’s rights is an internationalism dependent on regions in battle. That is the thing that makes its development progressively perplexing and polyphonic: it progressively incorporates more regions and dialects. It doesn’t rely upon the system of the country state and thus it, as of now, floods the name ‘internationalism.’

Rather than worldwide, it is transnational and ‘plurinational’. Since it perceives different geographies and follows different maps of coalition, experience, and assembly; it incorporates an extreme investigate of the national fenced in areas that look to confine our battles.

Since it is dependent on transient directions and in light of the fact that it approaches scenes that recombine urban, rural, indigenous, neighbourhood, and network components; and along these lines numerous transitions are collapsed into it.

This is no more evident than in migrant communities, where the narratives of female migrants, refugees, asylum seekers and women of colour are often overlooked.

To find out more about the views of this sometimes invisible demographic, I asked a few of my friends that classic question:

‘What does International Women’s Day mean to you today?’

“More than 15 years ago, when I started my career, I was made to believe that there is a limit on what I can achieve. Because, I am a woman, I am a first-generation Bangladeshi immigrant in the UK, I am a Muslim, I am a wife and I am a mother of two children.

“I joined an organisation where the majority of the administrative and junior staff were similar aged young women and the majority of the senior managers and decision makers were middle aged predominantly white men. So my aspiration was guided by what I could see around me and not by my capability or my wish. Over the time, as I gained more experience, I realised that there are so many women out there who are also settled with the environment around them and do what society expects from them.

“Unfortunately that environment is full of stereotypes and biases against women. As a result women are not able to fulfil their potential or offer so many amazing things they can offer to this world. For me, ‘International Women’s Day’ is an opportunity for women to encourage each other to challenge our own perceptions instilled by the society, to fight all the stereotypes and biases against us and to support each other to achieve what we are truly able to achieve as women.”

“Certainly, we are yet to achieve gender equality and women’s rights. When the families around the world who raise their girls and boys without gender stereotypes are the majority, you will know we have achieved that. To make that a reality, you, as a woman and mother must take the lead in your family.”

“International Women’s Day is simply just a day for reminding me of the decades of battle and struggle in order to establish women’s rights. By celebrating Women’s Day, it establishes more that women were suppressed before and still are suffering. I think instead of celebrating the day we need to treat women with dignity, equality, respect their contributions, especially the act of bringing up a child and a powerful nation.”

“It marks the great strides women all over the world have made and keep making despite everyday struggles that everyone faces. To me, it honours womanhood.’’

“Every day seems to be my Women’s Day. I think there shouldn’t be any discrimination. Men need to help women with their job, housework etc.”

“’Women’ is not just a word with five letters. It describes motherhood, sisterhood, a wife, a daughter and especially a girl. This should not be the only day to respect them or love them. We have to prepare ourselves to accept a girl every day with love, respect and with independence.”

“Inequality and violence against women are everyday incidences, even today! But why do we still need to have this Women’s Day? Is every day a day after the agitation of violence? Women’s Day is like a tag or hashtag. It is easy to see the issue of women’s rights and awareness is created among men. An opportunity to wrap up the movements throughout the year is the focus of Women’s Day.”

Being global concepts, feminism and gender have different ways of being understood. These concepts may or may not be understood the same within other parts of the world, as they are in a Western, perhaps even European context.

Significant differences may appear due to things being lost in translation, or due to current social issues or political climates. Therefore IWD covers the entire spectrum of women’s’ needs and rights, malleable to whichever definition suits it best.

However, it does not sound very suitable to have this separate day to highlight women’s’ rights and achievements in a 21st century society. Women should be recognised every day, not just on one day on the calendar. This should be a continuous process.

Even ‘progressive’ organisations such as the BBC are now coming under fire for their ‘mistreatment’ of women, with Samira Ahmed having to go to a tribunal to establish her rights. Not every woman is capable of this.

The fact that this process is even necessary is despicable. A modern society should be at the stage where everyone is recognised and heard, but this is not the case. Ironically, this is also the reason as to why IWD exists: to promote social justice and further us to the stage where equality is the norm, not the outlier.

A gender equal world can be more beneficial, wealthier and progressively amicable. In the end, let’s get back to that first event. What prompted Bertha to demonstrate such vandalism over a century ago? What would you do in the event that you are denied the right to practice your liberties?

This article was written by Morshed Akhtar from Walsall, who is training as a citizen journalist with Migrant Voice and MiFriendly Cities’ ‘Media Lab’ initiative – a project co-financed by the European Regional Development Fund through the Urban Innovative Actions Initiative. To find out more about how I Am Birmingham is supporting the project, read here.