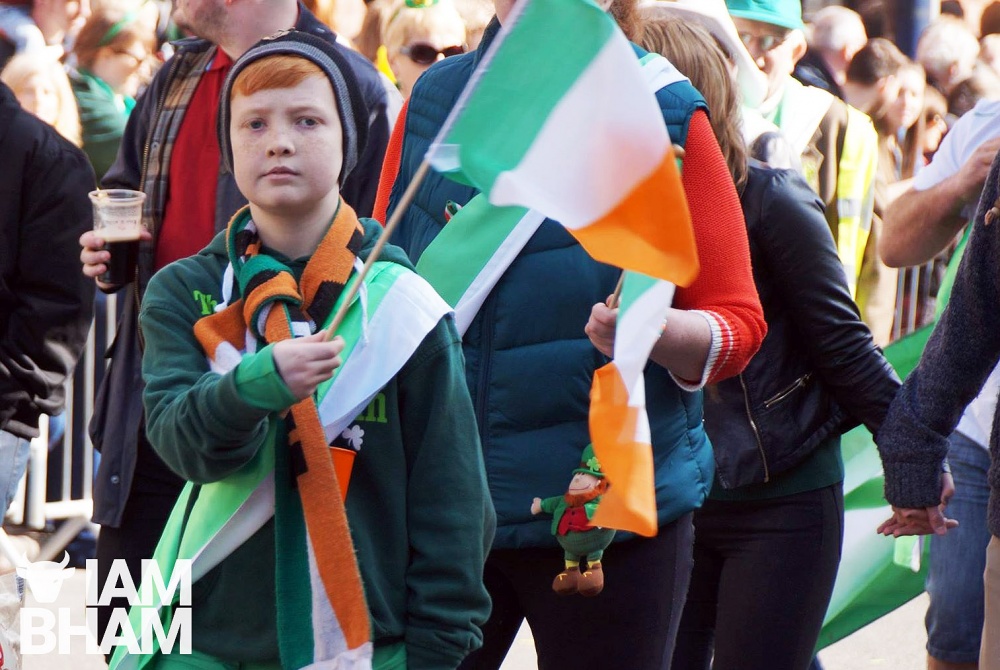 Organisers have confirmed this Sunday’s St. Patrick’s Day parade in Birmingham has been cancelled amid coronavirus concerns.

The Birmingham St. Patrick’s Day parade, which was due to take on Sunday 15th March, has been cancelled only two days before the big parade along Digbeth High Street in the city’s Irish quarter.

The annual event – which started in 1952 – attracts more than 100,000 visitors and is considered to be the third largest celebration of its kind, after New York and Dublin.

Coincidentally, the New York and Dublin St. Patrick’s Day festivities have also been cancelled due to fears of the spread of coronavirus amongst large gatherings.

“Following on from community feedback in response to the covid 19 virus, organisers of St Patrick’s Festival Birmingham have announced the 2020 edition has been postponed.

“The team behind the major celebration of Irish culture and heritage have now promised to deliver ‘a world-class festival experience that Birmingham and the UK expect and deserve later in the year.

“The future of the parade was secured thanks to a number of generous and much-needed commitments from new festival supporters Chasetown Civil Engineers and Court Collaboration, who were announced as joint partners earlier in the year.”

The St. Patrick’s Day parade in Birmingham will return later in the year, according to Peter Connolly, the chairman of the festival:

“We are devastated to share this news with you, however, we are committed to providing our city with a belated St Patrick’s celebration that we can all be proud of later in the year.

In the hope of honouring this public commitment, the St Patrick’s Day committee is to meet later on Friday to discuss the postponement in further detail.

The postponement of the festival is the latest blow in a series of  cancelled large-scale events to impact the West Midlands.

Four days ago, the UK’s biggest photography and video show of the year – also set to take place at the NEC in Birmingham – was postponed due to the escalation of the virus COVID-19 in Europe.

Football matches have been shelved following the Football Association’s decision to cancel matches until April. A cancelled match between Chelsea and Aston Villa, planned for tomorrow, resulted in the football club donating over 800 staff packed lunches to homelessness charities earlier today.

Birmingham’s bi-annual MCM Comic Con – which was expected to take place next weekend – has also been temporarily cancelled with the hope of being rescheduled.

The comic convention was due to be held at the National Exhibition Centre (NEC), where several upcoming shows and exhibitions have had to be axed in the interest of public safety.

With thousands of comic geeks and film fans expected to descend on the city for two days next weekend, organisers have pulled the plug, in what has been described as a “difficult decision” by the board at ReedPop, the American company behind the UK’s MCM Comic Con brand.

Coronvirus in the UK and Midlands

Ten people have since died in the UK from the virus, with the UK government’s chief medical adviser suggesting people who show “even minor” signs of respiratory tract infections or a fever could soon be told to self-isolate in an effort to tackle the outbreak.

As of Friday (March 13), there have been 798 confirmed cases across the UK, which is a rise of 208 on the day before – the largest daily increase to date.  Health officials have said they believe the actual number of people infected could be between 5,000 and 10,000.

The latest two deaths were an 89-year-old at Charing Cross Hospital in London and a woman in her 60s at Queen’s Hospital in Romford, according to NHS England. They also confirmed both patients had underlying health conditions.