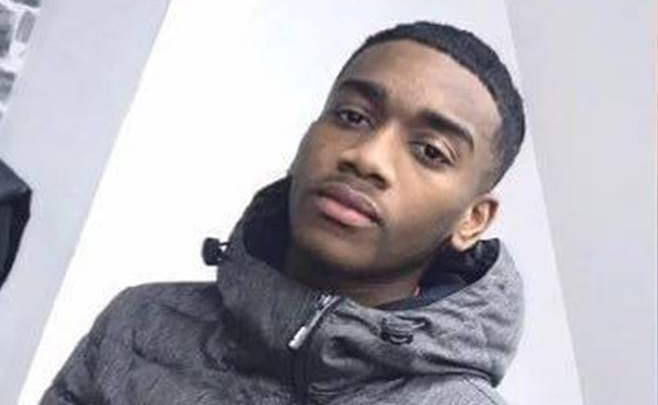 Abdul Wahid Xasan was shot dead as he walked along a street in Coventry (Photo: WMP)

Police have launched a murder investigation after the shooting of a teenager in Coventry on Friday.

Officers were called to Arnside Close near the junction of Clifton Street in the Hillfields area of Coventry, after a report of a shooting just after 2.30pm on Friday 13th March.

Police have confirmed Abdul Wahid Xasan, aged 19 and from Foleshill, was found with a gunshot wound to his back. He was rushed to hospital where he tragically died from his injury. His family are now being supported by specialist officers.

“Our sympathies remain with Abdul’s family as they try to come to terms with this horrific crime.

“They are being supported by specialist officers as we continue to find the answers they deserve and bring Abdul’s killers to justice.”

A car was discovered burnt out in London Road yesterday evening and is believed to be the one used in the shooting. A cordon remains at both scenes as forensic teams gather evidence from the locations.

“I am appealing for anyone with information on today’s shooting to get in touch with us as soon as possible.

“We are committed to finding those responsible and would urge anyone with dashcam or phone footage of what happened before or after the incident to speak to us.

“We are interested in hearing from anyone who saw a black VW Golf R, with light coloured or silver wing mirrors and five spoke alloy wheels, in the area acting suspiciously too.”

Two teenagers were arrested after their homes were raided by police in the early hours of Saturday morning.

A man, aged 19, and a 15-year-old boy were taken into custody and charged with suspicion of Abdul’s murder.

“We have made swift progress in our investigation leading to the arrests this morning, but we continue to ask the public for information.

“It is vital that anyone who saw what happened yesterday afternoon, and has not already spoken to us, does so. We are also asking for anyone who saw those responsible for setting fire to the car to come forward.

“My team are determined to bring to justice anyone involved in yesterday’s violence.

“It is abhorrent that these people think nothing of using a firearm in broad daylight on a residential street with a children’s nursery close by.”

The shooting comes at a time when a tremendous amount of good work to tackle violence is taking place in this part of Coventry by the West Midlands Violence Reduction Unit which will see a range of initiatives put in place, with different organisations working together to improve safety in the area in the long term.

Anyone who has any information relating to this incident please contact West Midlands Police via Live Chat. Alternatively call Crimestoppers anonymously on 0800 555 111. Please quote log 2362 of 13 March.

(Visited 793 times, 1 visits today)
https://www.iambirmingham.co.uk/2020/03/14/teenager-murdered-cold-blood-brutal-coventry-shooting/https://www.iambirmingham.co.uk/wp-content/uploads/2020/03/Abdul-Xasan-WM_pe.pnghttps://www.iambirmingham.co.uk/wp-content/uploads/2020/03/Abdul-Xasan-WM_pe-300x185.png2020-03-14T19:36:40+00:00Rangzeb HussainCrimeNewsAbdul Wahid Xasan,B'ham,Birmingham,Brum,Brummies,community,Coventry,Crime,Crime Story,Detective Chief Inspector Scott Griffiths,England,firearms,Foleshill,gangs,homicide,Homicide unit,I Am Bham,I Am Birmingham,Midlands,murder,news,Police,Rangzeb Hussain,Scott Griffiths,shooting,teenagers,UK,West Midlands,West Midlands Police,West Midlands Violence Reduction Unit,WMPPolice have launched a murder investigation after the shooting of a teenager in Coventry on Friday. Officers were called to Arnside Close near the junction of Clifton Street in the Hillfields area of Coventry, after a report of a shooting just after 2.30pm on Friday 13th March. Police have confirmed Abdul Wahid...Rangzeb HussainRangzeb Hussain[email protected]AuthorI Am Birmingham
« Meet the London man who funnelled £200,000 worth of Class A drugs a year to Hereford through Birmingham
Birmingham’s biggest mosque could cancel prayer services as elderly are told to stay at home »