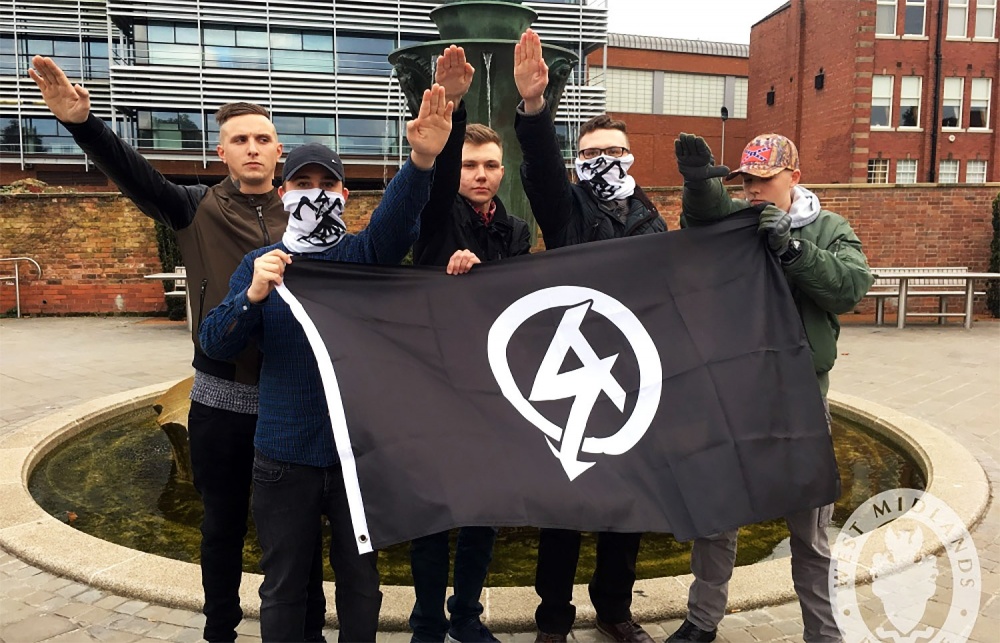 Neo-Nazis who were "amassing weapons and recipes for bomb-making" have been jailed (Photo: WMP)

Four members of an extremist neo-Nazi group described as a “racist, anti-Semitic and homophobic organisation” have been convicted at Birmingham Crown Court under the Terrorism Act.

A jury at Birmingham Crown Court took less than nine hours to find three men and a woman guilty for being members of a banned violent right-wing group after a previous trial resulted in a hung jury in June last year. One other man had admitted membership of the hate group before the first trial.

The second nine-week trial is the culmination of a two year investigation into right-wing terrorism which has already seen eight people imprisoned for National Action membership as well as other offences.

National Action was formed in 2013 and in December 2016 became the first organisation to be banned by the government since World War II. The then home secretary Amber Rudd called the group “a racist, anti-Semitic and homophobic organisation”.

Daniel Ward pleaded guilty at a previous court hearing and was jailed for three years on 19 July last year. Officers described Ward as “a dangerous individual who supported violent action.”

In an intercepted e-mail message to National Action, Ward described himself as “white English from Birmingham” and considered himself “fanatical” in his views on race.

Ward also added the following chilling words to his message:

“All I have to offer is my thirst for gratuitous violence! If I can be of any help to you guys, I’m in.”

The jury heard how the group became members of National Action pre-proscription and regularly met to share their extreme ideology and attend demonstrations, however when the group was banned, the defendants continued to communicate covertly using encrypted messaging platforms.

Central to the group were Alice Cutter and Mark Jones who amassed an arsenal of weapons and were obsessed with ‘violent ethnic cleansing’ across the UK according to detectives who worked on the case.

The group was part of the Midland Chapter of National Action which saw a serving British lance corporal – Mikko Vehvilainen – and Alex Deakin jailed for eight years in April 2018 for belonging to the group and distributing extremist publications.

Two months later Deakin, along with two others, were given prison sentences for their activities.

One of the group’s actions was posting stickers at Aston University with the intention of inciting racial hatred. Garry Jack was among that group and received a suspended sentence.

And in December 2018, a further five people were jailed for belonging to National Action along with other offences including possessing bomb-making instructions.

“We have seen a significant increase of right-wing referrals to our Prevent programme and we will investigate the threat as robustly as we would any other terrorist group, as well as training our officers on the signs to look out for and working with communities to increase awareness.