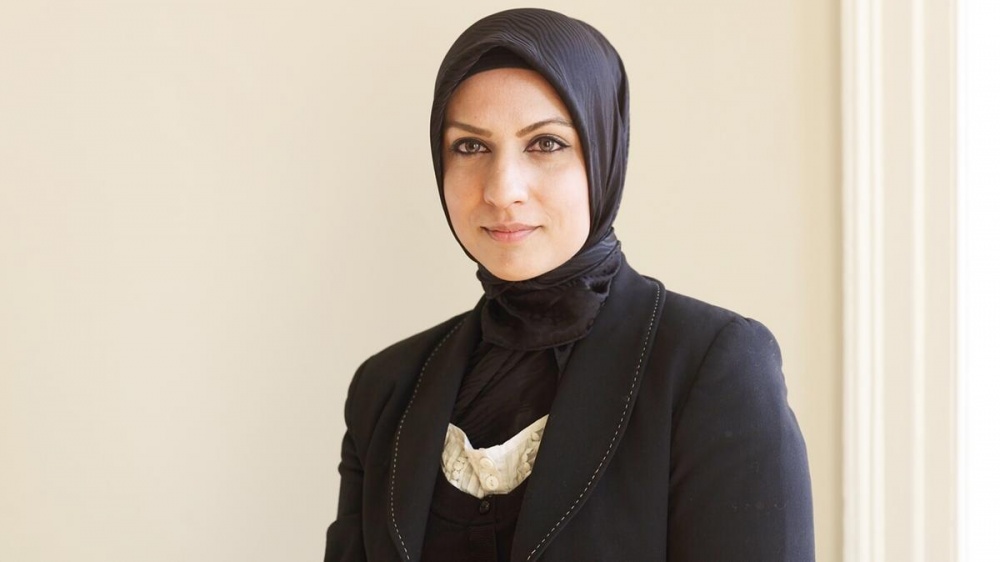 A Muslim woman has become the first hijab-wearing judge in the western world. (Photo: Raffia Arshad)

A Midlands-based barrister has made history by becoming the first woman judge to wear the hijab in the western world.

Raffia Arshad, 40, was appointed as a Deputy District Judge on the Midlands Circuit by the Lord Chief Justice. She hopes her appointment will inspire young Muslims to never give up on their dreams despite facing prejudice or discrimination.

Raffia always wanted to work in the legal field since she was 11-years-old but she thought her ethnic background would prove to be a challenge if she joined the legal profession.

She was educated at a Grammar School in West Yorkshire and was the first member of her working-class family to go to university.

“The competition is extremely tough with over 400 applicants for one job.

“I managed to secure a series of scholarships to fund the barrister course.

“Each morning I wake up and go to work I am very thankful to Allah for the wonderful job I have and the ability to make a difference in the lives of people.”

She was called to the Bar in 2002 and has practiced family law for 17 years. In 2004 she became a member of St. Mary’s Family Law Chambers in Nottingham.

As Raffia received news of her new appointment she said: “This is an achievement not just for women but Muslim women. If there ever was a time to stand up and fulfill your professional aspirations, it is now.”

Raffia says her appointment and achievements are bigger than her and hopes Muslim women are inspired to strive for their goals. She has faced challenges both inside and outside of the courtroom because of her hijab.

She bravely faced up to the discrimination and feels the perception and ignorance surrounding the hijab often results with people instantly judging rather than accepting and understanding women who chose to wear the hijab.

Raffia wishes the voice of diversity is finally heard without prejudice or prior judgement.

She said: “This is not just a personal success, this achievement belongs to everyone from a diverse background and I hope this story inspires many others to achieve their goals.”

Raffia has faced prejudice and discrimination based on her ethnic and religious background but never allowed the negativity to erode her passion for achieving her goals. “I stood for who I am throughout my career and though others occasionally tried to trip me up, it never caused me to fall or prevented me from achieving my goals,” she said.

She added: “My work, my dress, my character insha’Allah are all embodiments of what Islam teaches.

“The biggest misconception about Muslim women is probably that the hijab subjugates them.”

Raffia’s Islamic faith has inspired her over the years and it continues to make her work hard to find justice for fellow human being regardless of their social, religious, or racial backgrounds.

Education is a core component of Islam and Raffia hopes her success will inspire young Muslims to find the key to success through study. “The pursuit of education is very much encouraged in Islam,” she said.

Her appointment as a judge is based on hard work and merit over the years and Raffia stressed that all appointments should be awarded on experience and merit and not just on diversity.

She said: “All professional appointments should be made on merit.

“Diversity, whilst incredibly important, cannot be the foremost criteria for selection.”

St Mary’s Family Law Chambers congratulated Raffia’s on becoming a judge and issued a statement about her appointment saying:

“It is an appointment richly deserved and entirely on merit and all at St Mary’s are proud of her and wish her every success.”