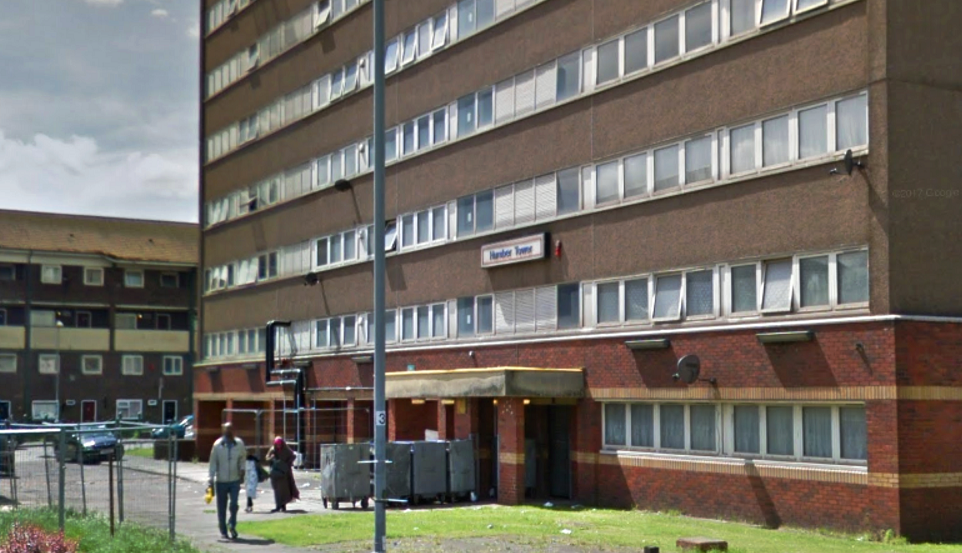 A fire at Humber Tower in Nechells has left residents terrified. (Photo: Google)

A man has been arrested for arson following a fire at a 16-storey tower block in Nechells in the early hours of Thursday morning which left residents terrified.

Police and fire crews were called to Francis Street at around 2am following reports of a fire at Humber Tower in the Nechells area of Birmingham. Around 40 firefighters battled to bring the fire under control as residents were evacuated from the tower block.

West Midlands Fire service crews from Ward End, Hay Mills, Aston, Ladywood and Handsworth worked fast and got the frightened residents safely out of the tower block while they fought to control the raging fire which had allegedly started on the 14th floor of the tower block.

Their professionalism and speed prevented a major catastrophe from taking place.

The residents, which includes families with little children, were left traumatized by the fire and some were understandably very alarmed by the arson attack.

West Midlands Ambulance Service paramedics and a trauma doctor administrated first-aid to residents who had suffered smoke inhalation at the scene while one patient was transferred to hospital.

West Midlands Police have confirmed a 43-year-old man has been arrested and an investigation has been launched into the arson attack at Humber tower block.

Detective Inspector Dave Sproson, said: “The incident was extremely frightening and lots of the residents were understandably very scared.”

He also praised the efforts of the firefighters: “The fire service did a brilliant job – and the vast majority of people have been able to return to their homes.

“Thankfully no one was seriously injured, but one man was sadly taken to hospital with respiratory issues caused by the smoke.

“The recent arrest is a great development in our investigation, but we’re still trying to piece together exactly what happened, and anyone who hasn’t yet spoken to us should get in touch.”

Anyone with information is urged to phone West Midlands Police on 101 or message Live Chat. Alternatively you can call the independent charity Crimestoppers anonymously on 0800 555111. Callers will not be asked for their names and calls cannot be traced. Please quote crime reference number 288 of 28/05/2020.