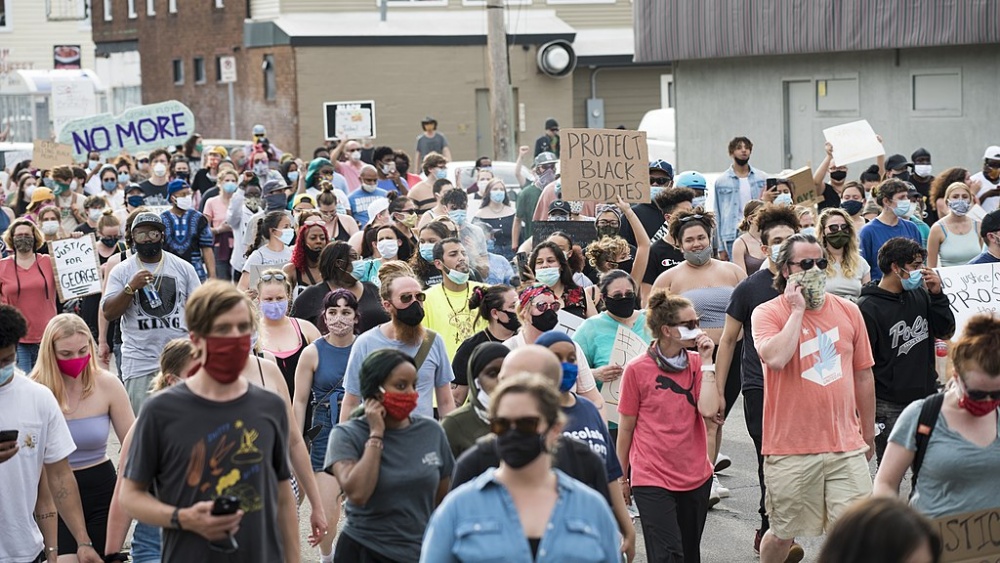 An anti-racism demonstration for George Floyd is planned for tomorrow in Birmingham (Photo: Fibonacci Blue)

A protest is being planned on Thursday in Victoria Square, Birmingham, over the brutal murder of George Floyd by US police.

This protest, which takes place outside the Council House, comes days after the peaceful demonstration in Soho Road, Handsworth.

The tragic murder of Floyd George in Minnesota, and the response from US President Trump, has galvanized anti-racism and Black Lives Matter activists not just in America but in other parts of the world including the UK.

The protest in London over the weekend drew huge crowds to Trafalgar Square and Downing Street.

Talking about the murder of George Floyd, the group stated it was “deeply saddened at this horrific killing”.

Hannah Ringane, the lead organiser of the demonstration, said: “This demonstration is to not only show solidarity with black people in America, but also to shed light on the racist systems that still operate in the UK today.

“These systems have led to great injustices, such as the botched police investigation into the death of Stephen Lawrence and the death of Ricky Bishop amongst many others.”

Hannah also talked about the racism that she has experienced and witnessed in the UK.

She said: ‘”We can’t breathe, since the age of 5 we have been taught that we won’t be treated the same as everyone else, that we will be viewed as the aggressors, that we must dress a certain way so that we don’t scare white people, we are tired and we have been tired for too long.”

Hannah stressed that the protest will be “a peaceful demonstration” and activists will be “maintaining social distancing” during the demonstration in line with the government’s coronavirus guidelines.

The leader of Birmingham City Council, Cllr Ian Ward, said he stands in “solidarity with black communities” and issued support ahead of the planned demonstration outside the Council House.

He said: “Birmingham stands in solidarity with black communities across the world.

“As a city council we support the right to demonstrate, while also urging people to observe social distancing.”

He also added: “While the protests are about events in the USA we must not fall into the trap of complacency.

“We have seen over the Windrush scandal that those attitudes and racism exist here too.

“People must be free to speak out and protest against injustice and racism.”

The demonstration is set to take place in Victoria Square on Thursday 4th June at 4pm.